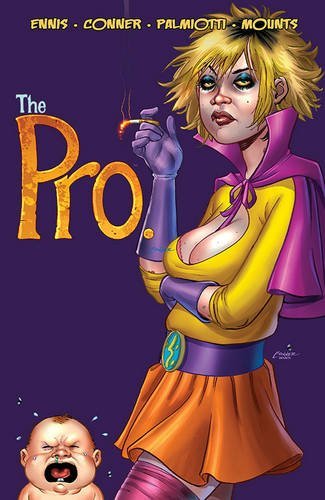 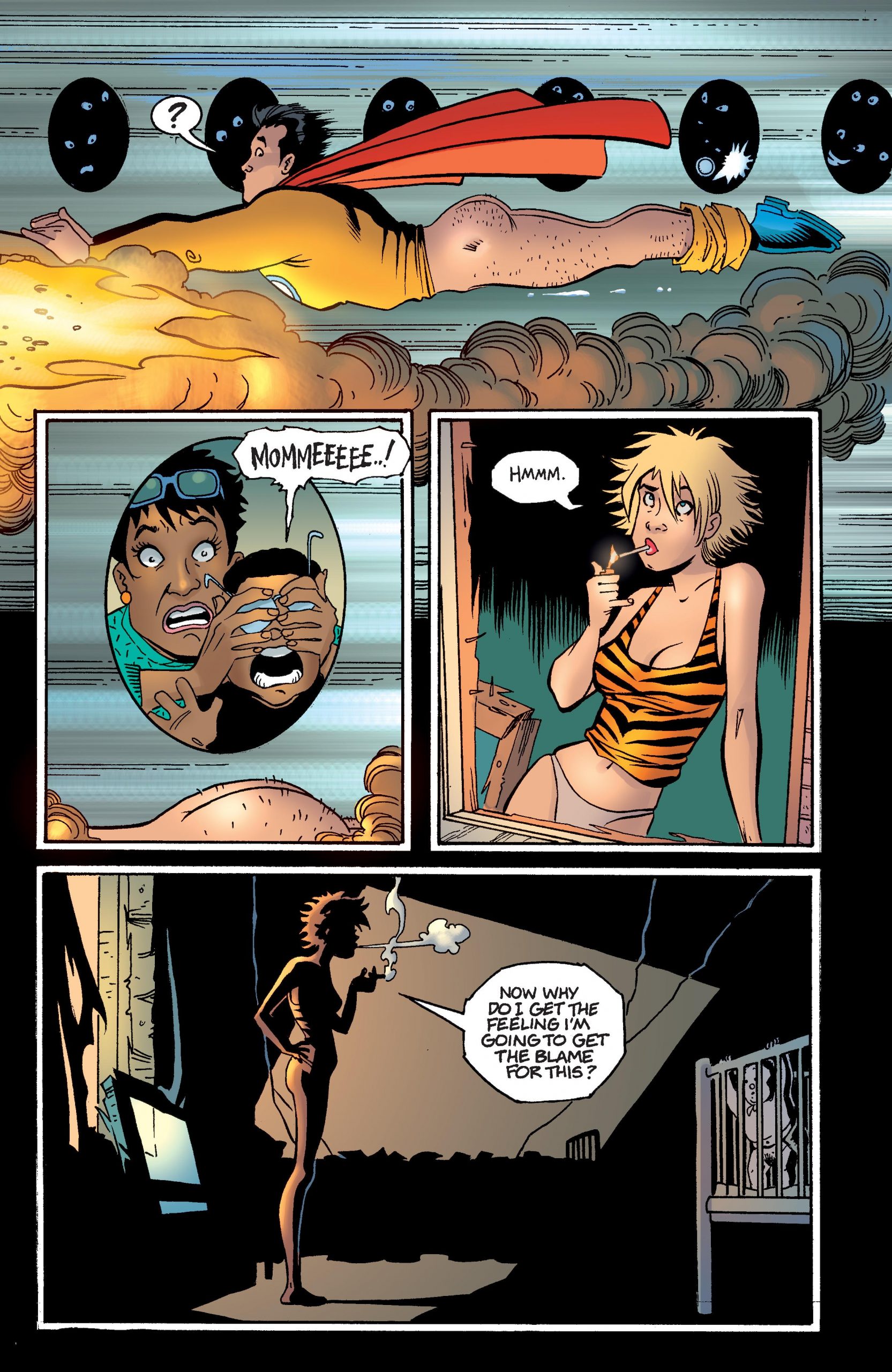 Before starting The Boys, Garth Ennis had a trial run satirising superheroes with The Pro. We never learn her actual name, just meet her on the job, being ripped off again selling sex at night, only able to collect her baby at 2.30 in the morning. What she doesn’t realise is that she’s being watched by a very powerful alien, who wants to prove a point that anyone can be a force for good in the right circumstances, so this coarse and dissolute woman is given super powers.

As presented in most comics, superhero groups have certain standards, behaving as a force for good in way we recognise. Ennis rips that idea to shreds. If someone attacks the Pro, they’re going to get what for with no regard for fairness, propriety or decency, and she’s completely unapologetic about it. That’s even before she figures out how much money she can now make plying her trade with super powers. Amanda Conner has a ball drawing the Pro’s snarling face, and unsavoury practices, along with the ridiculously exaggerated versions of the Justice League Ennis supplies. He sets the jokes up, and she knocks them out of the park.

When they created The Pro back in 2002, Ennis and Conner surely didn’t imagine their satire would prove to have such legs, so to speak. Numerous reprints of the original one-shot comic eventually led to this graphic novel presentation featuring a new story in which the Pro meets the Ho, an x-rated comparison concerning which super power might be most advantageous for getting guys off. If you’ve read The Pro in any previous edition, you’ll know to expect more potty mouth, more plain filth and more ridiculous fights.

There may be some concern that The Pro is exploitative. The feeling is that Ennis and Conner don’t care what you think about that, but is open and frank acknowledgement of sexual practices worse than the demeaning poses and costumes in so many regular and supposedly wholesome superhero titles? The point is also made about superheroes very rarely doing anything to fix the world other than fight, while Ennis’ introduction finally explains the dedication to Jim Steranko.