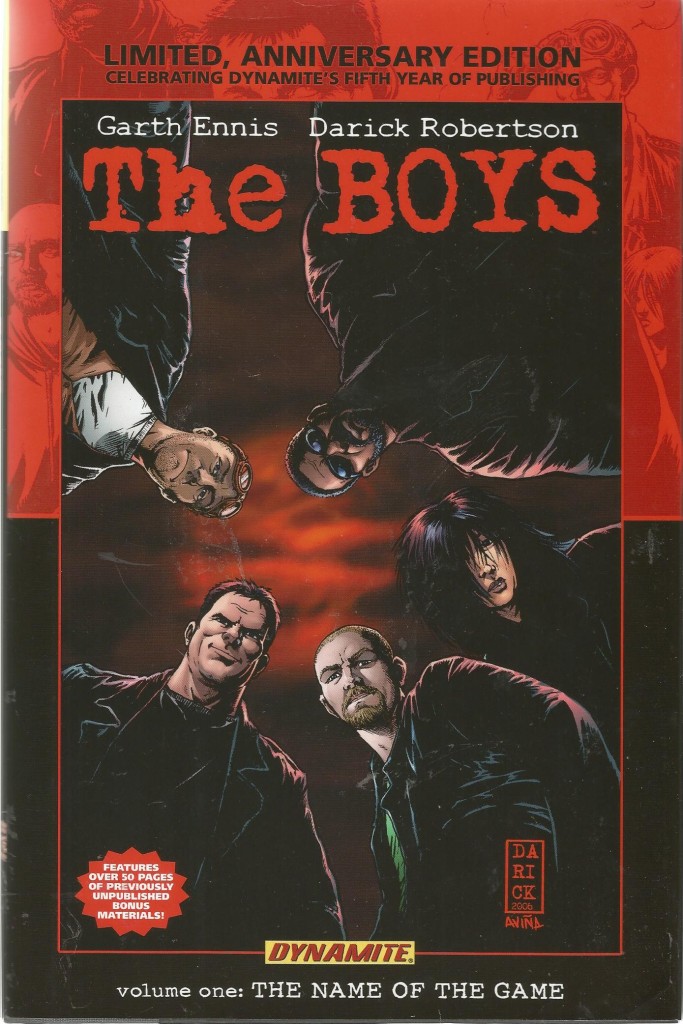 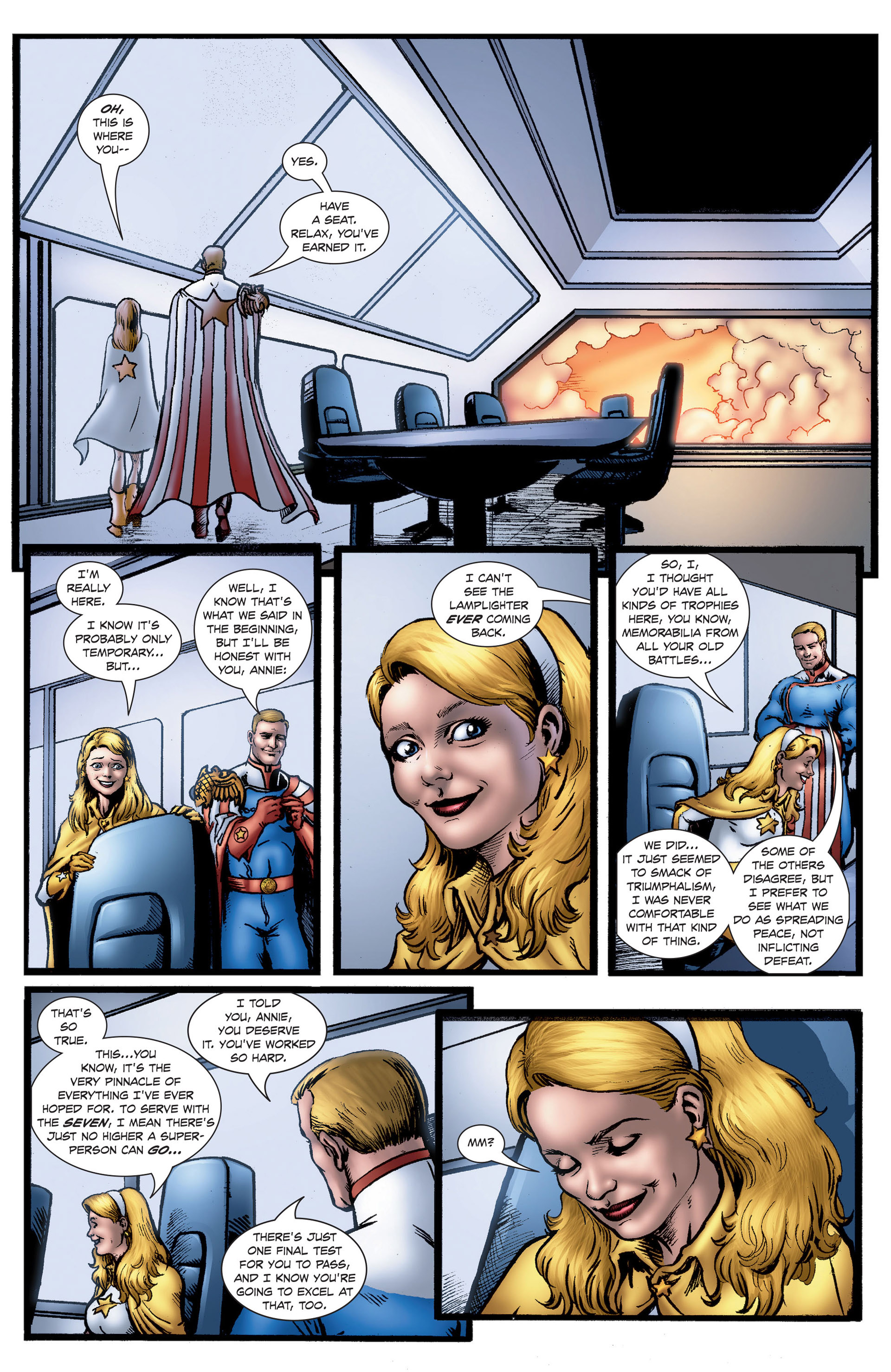 This compilation, released to celebrate the fifth anniversary of Garth Ennis’ superhero black comedy The Boys, is an expanded version of the original collection of the same name, reviewed in more detail elsewhere.

Succinctly, it collects the first six issues of the series, in which superhumans are, to the world at large, kindly, benevolent protectors. In reality, they spend most their time drinking, doping, thieving or whoring – and that’s the good ones! The collateral damage among the civilian population is high, but mitigated by hush money and judicious removal of witnesses by corporate sponsors.

The Boys are a team assembled to keep the ‘Supes’ in check when the bodycount beomes too high. Leader of the Boys is Billy Butcher, a grinning loveable Cockney with flat, dead eyes and the soul of a serial killer, who wins people over with his charisma before thwacking them with a judicious crowbar. Ostensibly under the oversight of CIA director Susan Rayner – who spends most of her meetings with Butcher on or over her desk rather than behind it – the Boys have a wide discretionary remit, and recruit new members from the traumatised survivors of Supes’ incidents.

One such recruit is Hugh Campbell, known hereafter as ‘Wee Hughie’, who saw his fiancée destroyed before his eyes in a clash between super-speedsters. Hughie, and we, meet the rest of Butcher’s team, known only as Mother’s Milk, Frenchie and the Female, and get the feel of the series in this first story arc, which also introduces us to The Seven, the premier super-team, and their own new recruit, Annie January, aka Starlight. Starlight is a rarity, a genuinely idealistic ‘Supe’ who wants to do good and is thrilled to be at the peak of her profession – but there’s just one final test…

Through our respective ‘ingénues’, Hughie and Annie, we’re introduced to the players and the premise. It’s easy to see how, from this ‘pilot’ story, many people dismissed The Boys as an amusing super-hero parody prodding  easy targets. It rapidly developed into much more than that, with Annie, particularly, transcending her planned role as a figure of ridicule.

Darick Robertson’s artwork, even when he’s attempting straight photo-realism, has an engagingly grubby veneer which reminds the reader of the squalor beneath the shine and gloss  And when the scene shifts to Hughie’s egregious hotel, well, the shit-cannons are on full, and Robertson gleefully tries to gross out the readers!

The hardcover boasts “Over 50 pages of previously unpublished material”, and by Cracky, so there are. A few pages of character sketches, and then the scripts for issues 1-6 in their entirety. Oddly, the predominance of text in this compilation, plus the ‘bordering’ of the cover image, distances the reader slightly from the content. It starts to look like a textbook – less recreation, than homework – and while still entertaining, manages to be, oddly, slightly less than the sum of its original parts.