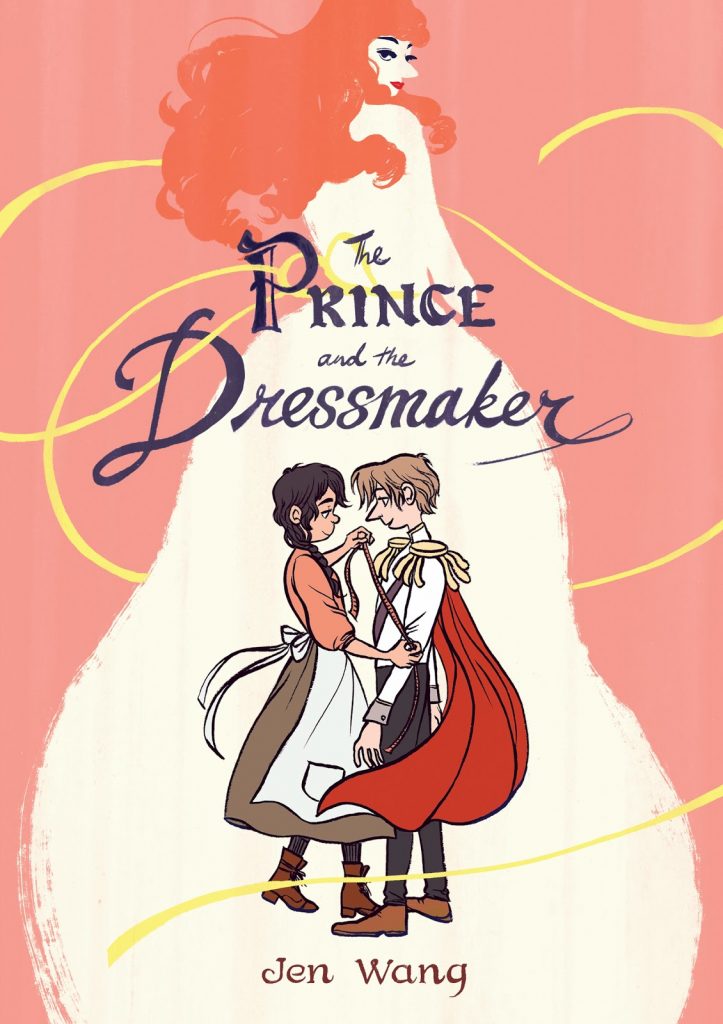 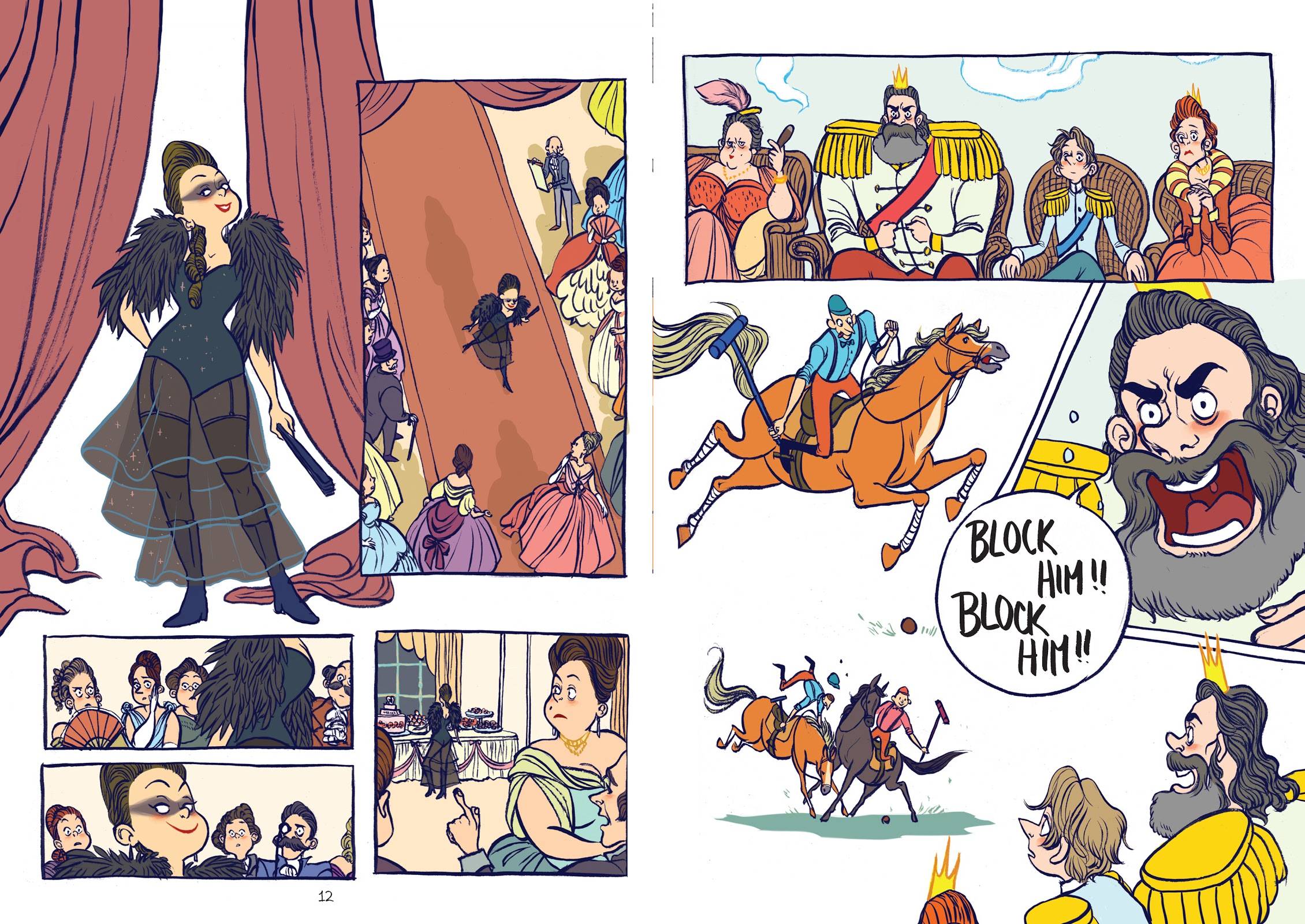 Jen Wang may set The Prince and the Dressmaker in the prime fairy tale era of the 18th century, and even conforms to the idea of fairy tale transformation, but it’s fairy tale like no other you’ve ever read.

The unconventional Lady Sophia is bored with balls and cares nothing for the Prince, so sabotages her compulsory attendance by commissioning the outfit seen in the left sample art, scandalising everyone attending. The unexpected consequence is that the dressmaker, Frances is hired by Prince Sebastian himself, who enjoys wearing a dress or two, something his family must never find out. At sixteen, their priority is that he finds himself a Princess and marries her, so strengthening the Belgian royal family.

Wang is patently someone who enjoys designing a dress or two herself, and these flow out from the pages, some proclaimed to the world over half a page, vivid and exotic creations, others kept as discreet as the Prince’s habits. She also enjoys illustrating the pomp of the palace, the servants scuttling about, the refined pastimes and elegant locations, all presented with a light touch. Her people almost glide across the pages, and there’s a considerable charm to them. It’s essential we sympathise with almost everyone, as Wang departs from fairy tale tradition by not including a hate figure, although fairy tales thrive on misunderstandings and the application of protocol as here. These accumulate, with the hanging sword being that at some stage the Prince’s secret will be discovered. With her own dream being to design for an exclusive new Parisian department store, where will that leave the likeable and dedicated Frances?

While Wang moves the cast from one danger to the next she establishes the core message that people have to be true to themselves, and no good will come from pretending to be someone you’re not. However, there’s no predictability to The Princess and the Dressmaker beyond virtue and perseverance winning out. The ending Wang builds to is spectacular. It is a story, so there’s a level of understanding and acceptance beyond our current real world values, but more graphic novels like this will go a long way to paving the way for that.