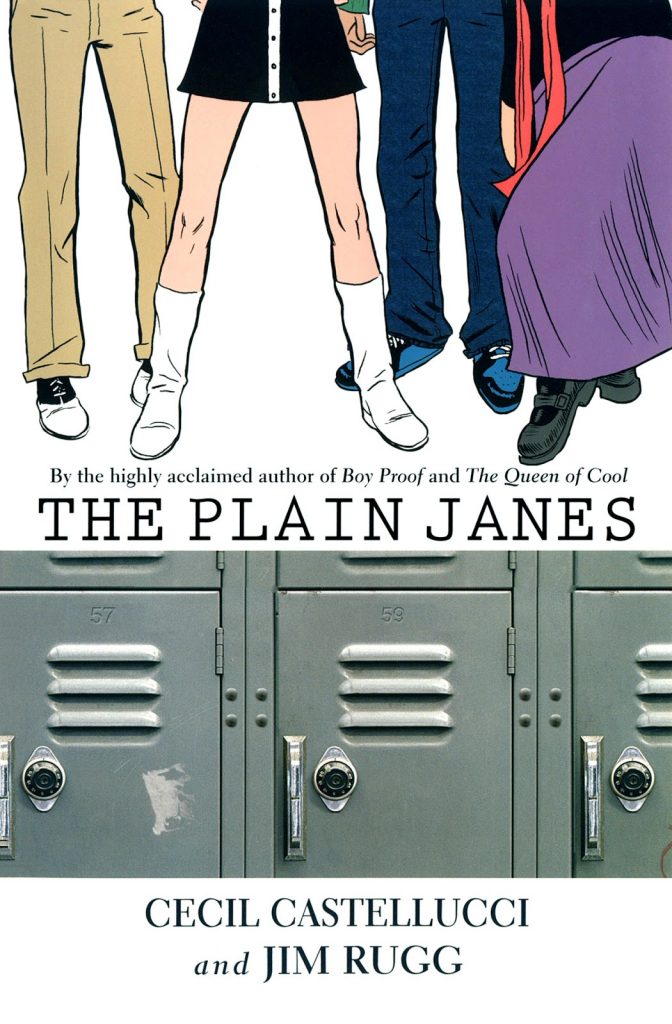 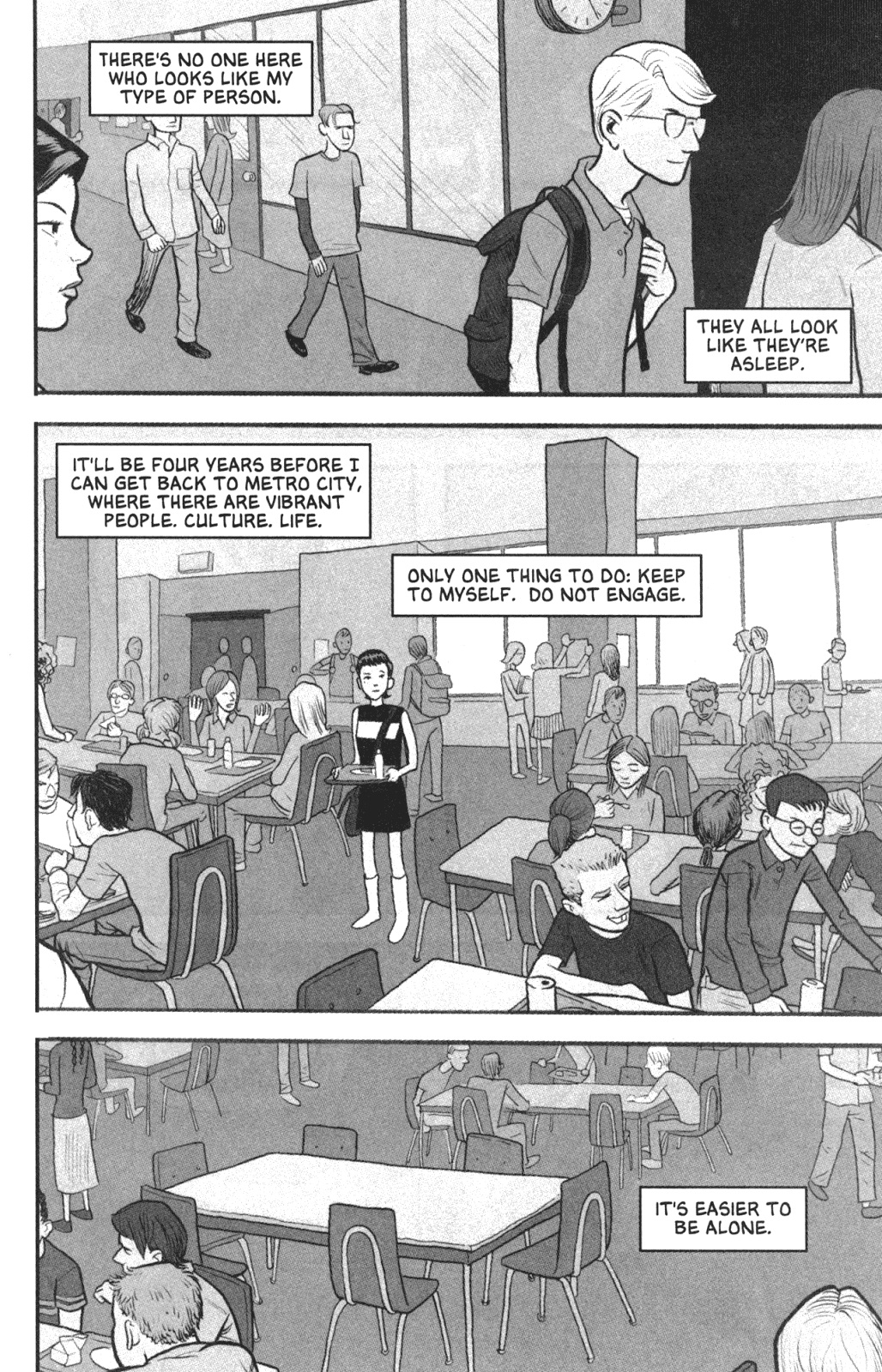 Jane survives a terrorist incident in Metro City, although needs a spell in hospital, but the incident leavers her mother scared and over-protective, determining a move to suburbia means safety for the family. She’s not quite aware of why, but Jane, always one of the cooler kids at the city high school, deliberately avoids similar types at her new school, choosing to sit at lunch with three more studious girls, each of them called Jane. It’s a hard sell as they’re not interested.

Cecil Castellucci’s young adult writing career has placed a significant priority on affirming inclusion, about people accepting others even when they don’t conform to a perceived social standard, and Jane is very much part of that procedure. She’s considerate and sympathetic, and needs to find something of substance about her life, which comes with her forming the secret art group People Loving Art in Neighbourhoods, or P.L.A.I.N., which is how their work is signed. The locals are alternately puzzled and amused by installations that begin appearing around town, but Jane’s mother is concerned, seeing only the threat of anonymity.

Castellucci’s following a formula, and apart from Jane her characters never move beyond stereotypes, but she keeps throwing questions at the audience via Jane, the way she exploits the fear of uncertainty is interesting, and the power of art to inspire can never be underlined too often. Perhaps it’s strange, then, given the message, that in Jim Rugg The Plain Janes has a no-frills artist. He’s deceptive, though. The style may be plain, but he’s good with personality and with providing an illustration delving to the essence of what’s being said, moving the story forward without flash, but with substantial technique. For some of the cast he provides more in the way of characterisation than Castellucci.

As well as bonding with her new school attendees, Jane confides in someone completely unaware of her, a stranger in a coma who carried a sketchbook labelled ‘Art Saves’ when caught up in the incident Jane survived. He’s a non-judgemental sounding board she can be honest with when she feels unable to be honest with anyone else, and his story is also interesting.

There’s not a lot of subtlety about The Plain Janes, but in common with most of the rest of the Minx line, it was ahead of its time in being a young adult novel aimed at girls, and still stands up well.