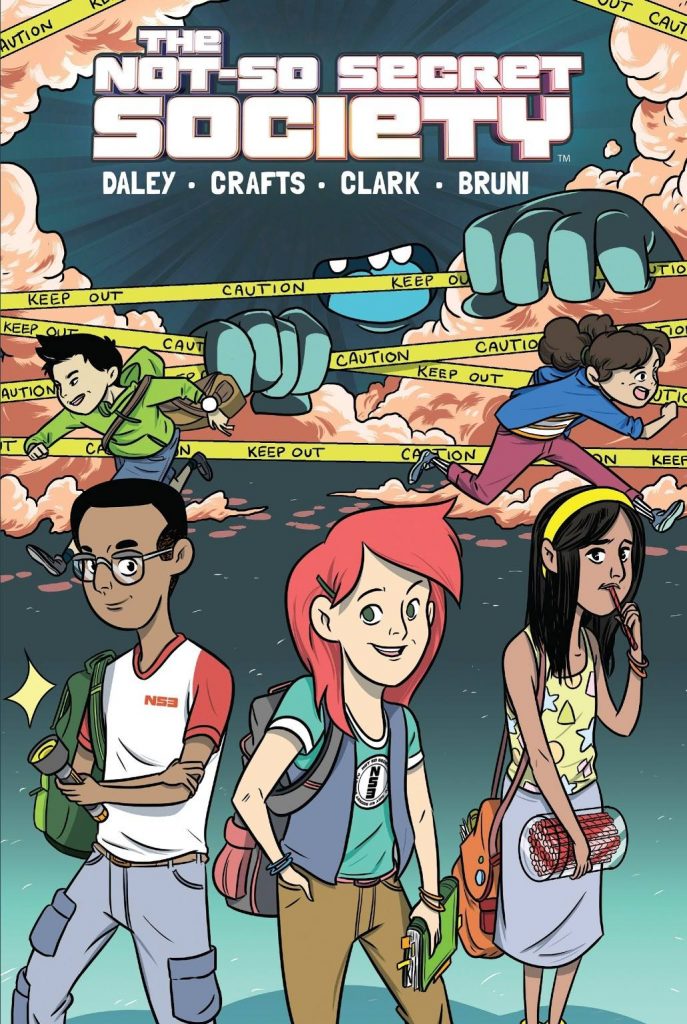 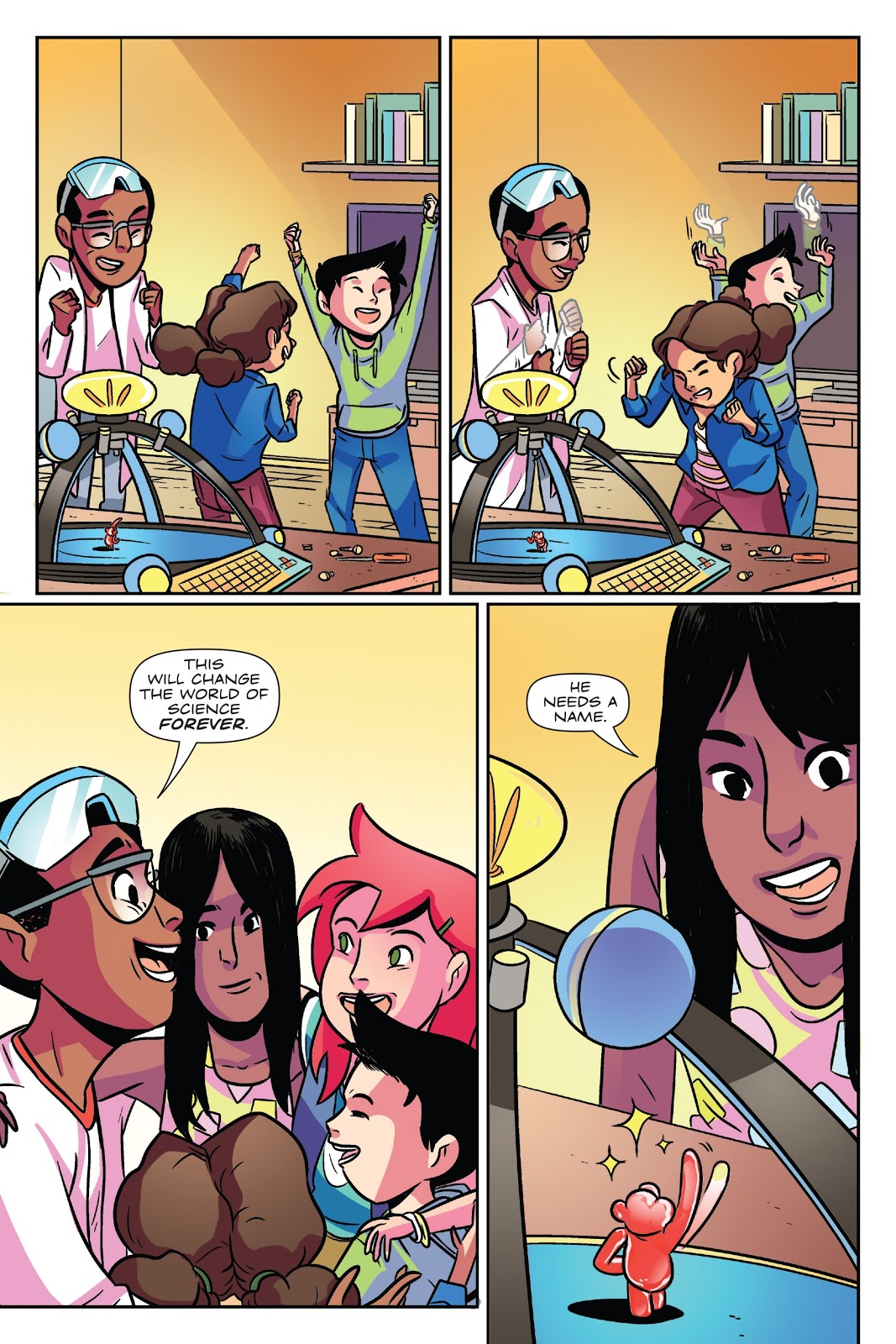 Although Matthew and Arlene Daley are the credited writers, Trevor and Ellen Crafts also fed into the concept, a pair of former teachers joining a couple with marketing experience. However, there was a feeling of a contrived, box-ticking project even before that revelation in the creator biographies at the back of the book.

We’re introduced to a group of five unlikely twelve year old friends. Aiden is African-American, Dylan is Asian-American, Emma is also dark-skinned, but doesn’t tick the Muslim box, and nor does her representation match her constantly eating sweets. Madison is white and red headed, while Ava is presumably intended as comedy relief. She’s grouchy and impulsive, and so irritating that no-one would hang out with her in real life.

You can’t fault their pluck and inventiveness, though. When their class science project proves a dismal failure, it only takes them a few hours to succeed with another, which brings a jelly bear to life. That bear has a voracious appetite for sweets of all kinds, which proves a nuisance in the apartment block that spreads to the Halloween fair.

Wook Jin Clark’s art is the best aspect of The Not-So Secret Society. He puts a lot of work into busy pages, giving kids plenty of background detail to look at, designs appealing characters and the expressions and movement sell the comedy moments. Eleonora’s bright colouring seals an attractive looking package.

There’s a long tradition in children’s literature of plucky and wholesome kids, and a neat touch here is the kids actually calling themselves The Not-So Secret Society, being known as such to other members of their class, but otherwise originality is at a premium. Anyone who’s seen Ghostbusters will recognise the inspiration, and brighter kids will recognise the unlikelier aspects for what they are.

The back-up material is slightly more interesting. The Daleys come up with 25 single page gags that are drawn by 16 different creators, almost all very nicely, and including Jorge Corona. These aren’t top of the range jokes, but work effectively and will have children giggling when things don’t go to plan. The book’s rounded off with teaching aids and suggested activities, which is thoughtful.