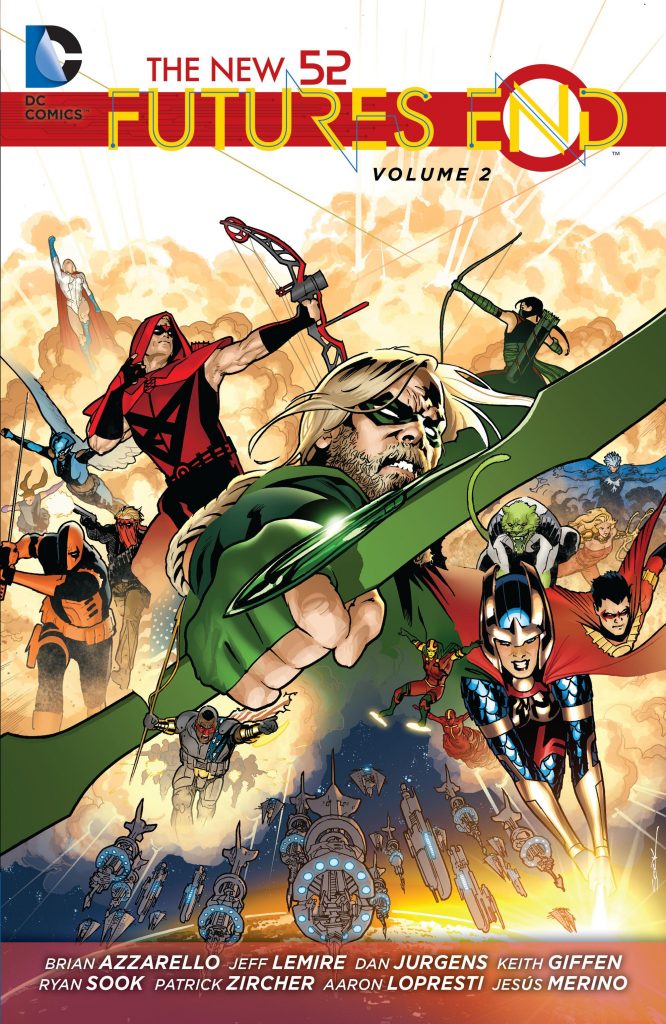 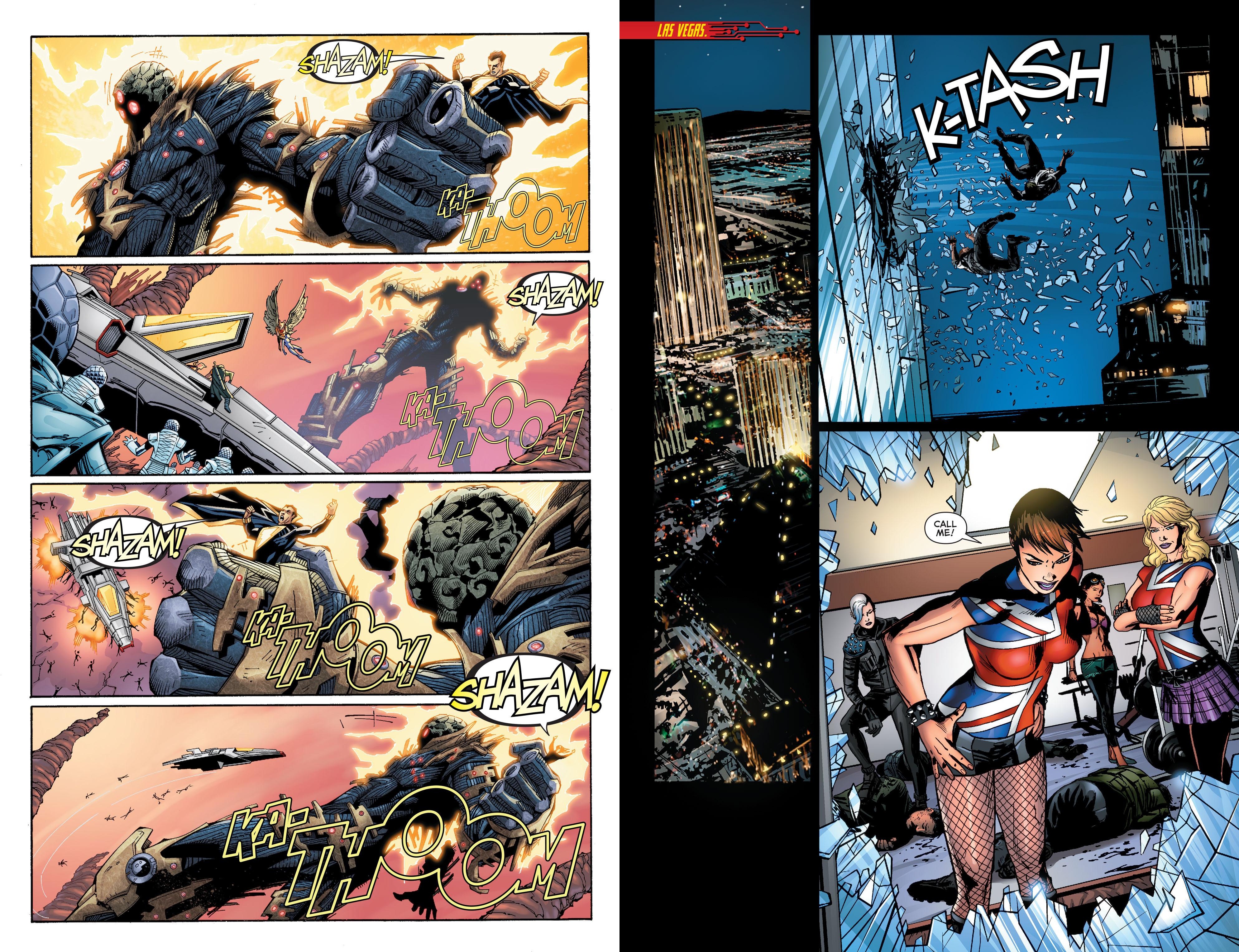 The Batman of 2044, Terry McGinnis, intended to travel back to 2014 to prevent the development of the Brother Eye technology that’s so devastated humanity in his time. There was a mistake. He only travelled back 25 years, the basis of the technology is already being used by Mr Terrific and it’s developed a form of sentience by implanting growing portions of itself in captured and hidden heroes from another Earth.

Setting the story five years in DC’s future enables the introduction of some mysteries, such as what happened to Superman? That’s answered in a clever opening chapter, following up on the ending to Volume One, whereas it takes considerably longer to reach other plots generated there. Such is the way of a story numbering 48 chapters in total. Collaborating writers Brian Azzarello, Keith Giffen, Dan Jurgens and Jeff Lemire have plenty of plots on the go, and their fourth chapter explains the background to much of Futures End not already covered by the future Batman’s presence. An interesting route taken is making Futures End as much a story about humanity as about superheroes, and even beyond the likes of Cole Cash whose talent is to see aliens, ordinary humans are featured throughout, some in a supporting roles, others like Lois Lane motivating events. Introduced last time, the capricious Fifty Sue is extremely influential, an early experiment by Cadmus labs, yet one that’s grown well beyond their control, her personality and wild card tactics continually entertaining.

Aaron Lopresti (sample art left), Jesús Merino, and Patrick Zircher (sample art right) remain the primary artists, but this time interrupted by several others contributing just the single chapter. An effort is made to ensure that everyone’s styles mesh smoothly, be they regular or guest artist, ensuring there’s still a visual consistency.

While Futures End chugs along nicely, it’s small moments that leave an impression rather than the overarching plot, and that’s not necessarily a bad thing. The recalibration of Brainiac, John Constantine’s form of prodding Superman into action, Batman bawling out Firestorm’s constituent parts, Lois Lane stumbling across Lois Lane and many more come to equal more than the sum of the parts. There are also disappointments, though, with Grifter seeming entirely wasted now. By the end of the volume several small groups are intent on taking out Brother Eye, all of them unaware that an even greater threat is heading toward Earth from space. It’s been fun, if a little short on Frankenstein this time around, and sets up the finale in Volume Three very nicely.