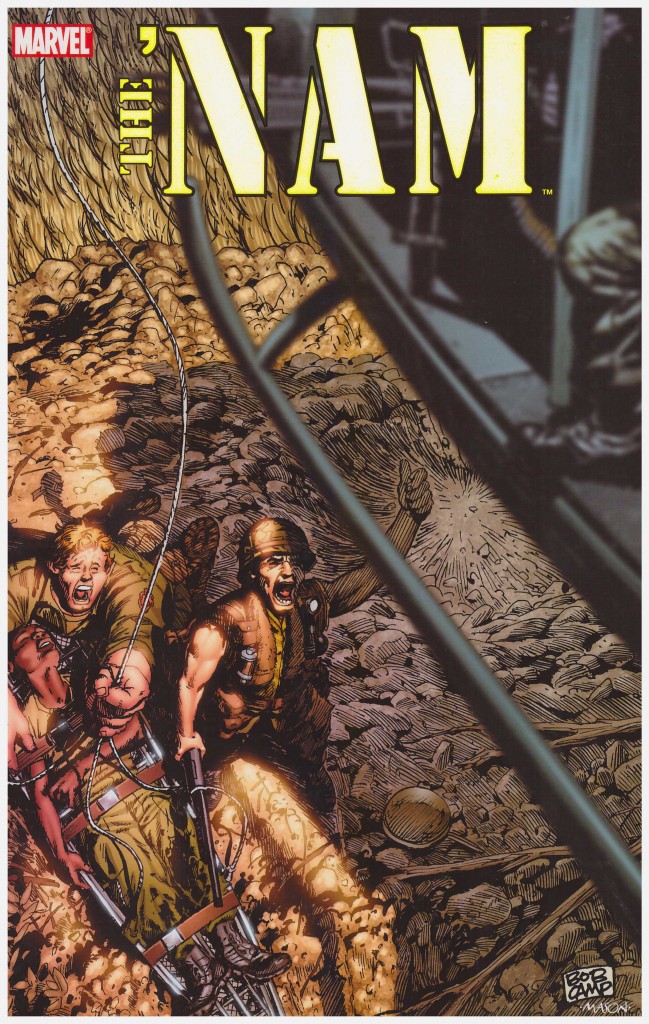 Within this second volume of later 1980s stories, writer Doug Murray continues his naturalistic inspection of the Vietnam war as seen by the men drafted into the 23rd Infantry. Ed Marks, who opened the first volume as a rookie starts here with his twelve month tour almost at an end, contemplating home. New recruits arrive, but there’s a little too much effort made to render each of them distinctive. We have the joker, the storyteller, the rock’n’roll addict, the drunk, and for the first time squad members who’re guys you’d not want to be bunked with, although that only really becomes apparent in the next volume.

A particular problem for the troops is new gung-ho lieutenant Alarick, casual about endangering the lives of his platoon members via reckless leadership on missions. He’s equally unconcerned about breaking the unofficial understanding that those who’ve reached a certain cut-off point before being shipped back home aren’t exposed to danger.

Murray widens his sweep a little via using cast members to update those in country on the growing anti-Vietnam movement in the United States, and introducing members of an air squadron. He remains true to the original vision of the comic of moving the narrative forward a month with every successive chapter, and of the viewpoint remaining exclusively at grunt level. Danger is constant, and death hits when least expected.

This, though, doesn’t quite match the introductory volume, and that’s down to the art. Wayne Vansant is perfectly capable at portraying cast, action and hardware, but pretty well any artist will come second best to Michael Golden. This is proved when John Severin, a master comic artist with decades of experience behind him steps in for a chapter. As excellent as he is, even Severin can’t quite match the depth of characterisation that Golden applied. Having made that comment, though, the two chapters that have Golden’s involvement aren’t his best work. He’s hurried on the opener, and the following is only his layouts with the work completed by Bob Camp, whose work breaches the line separating the realistic cartooning that had so far characterised the series from exaggeration. 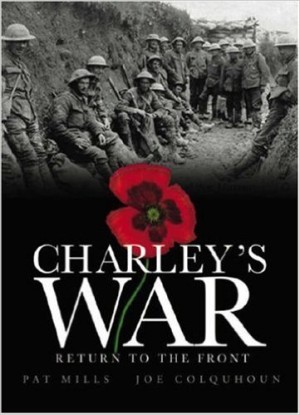