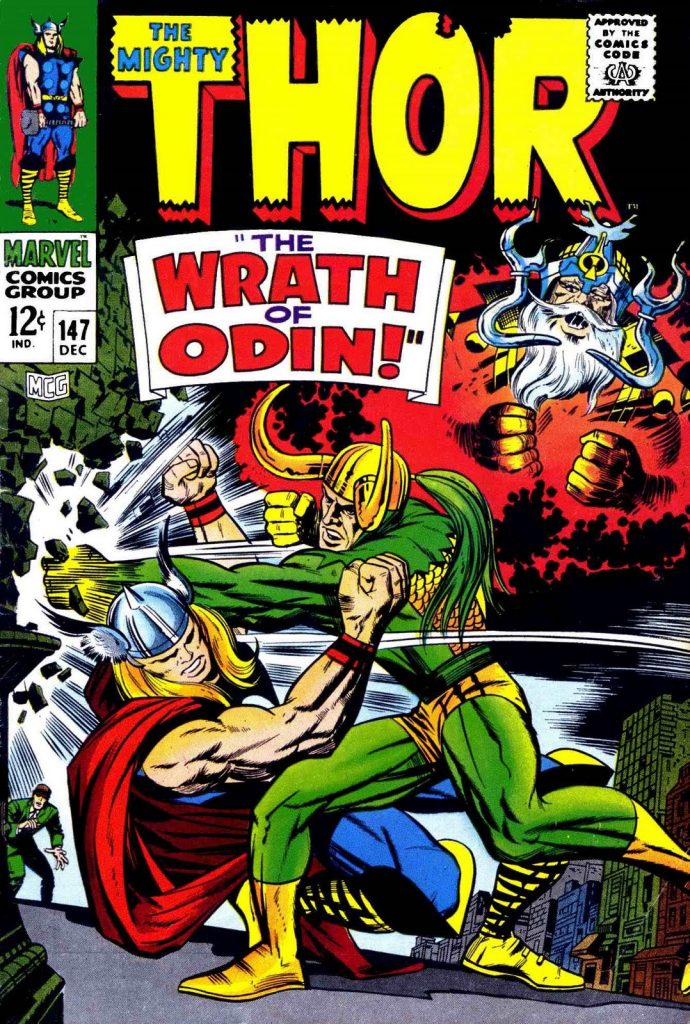 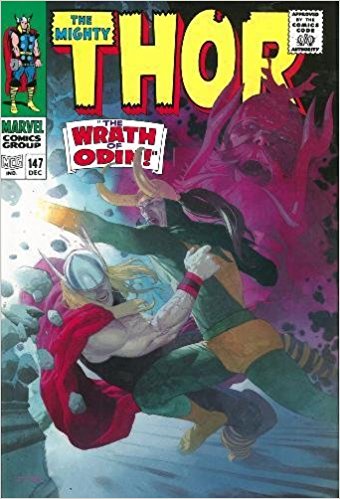 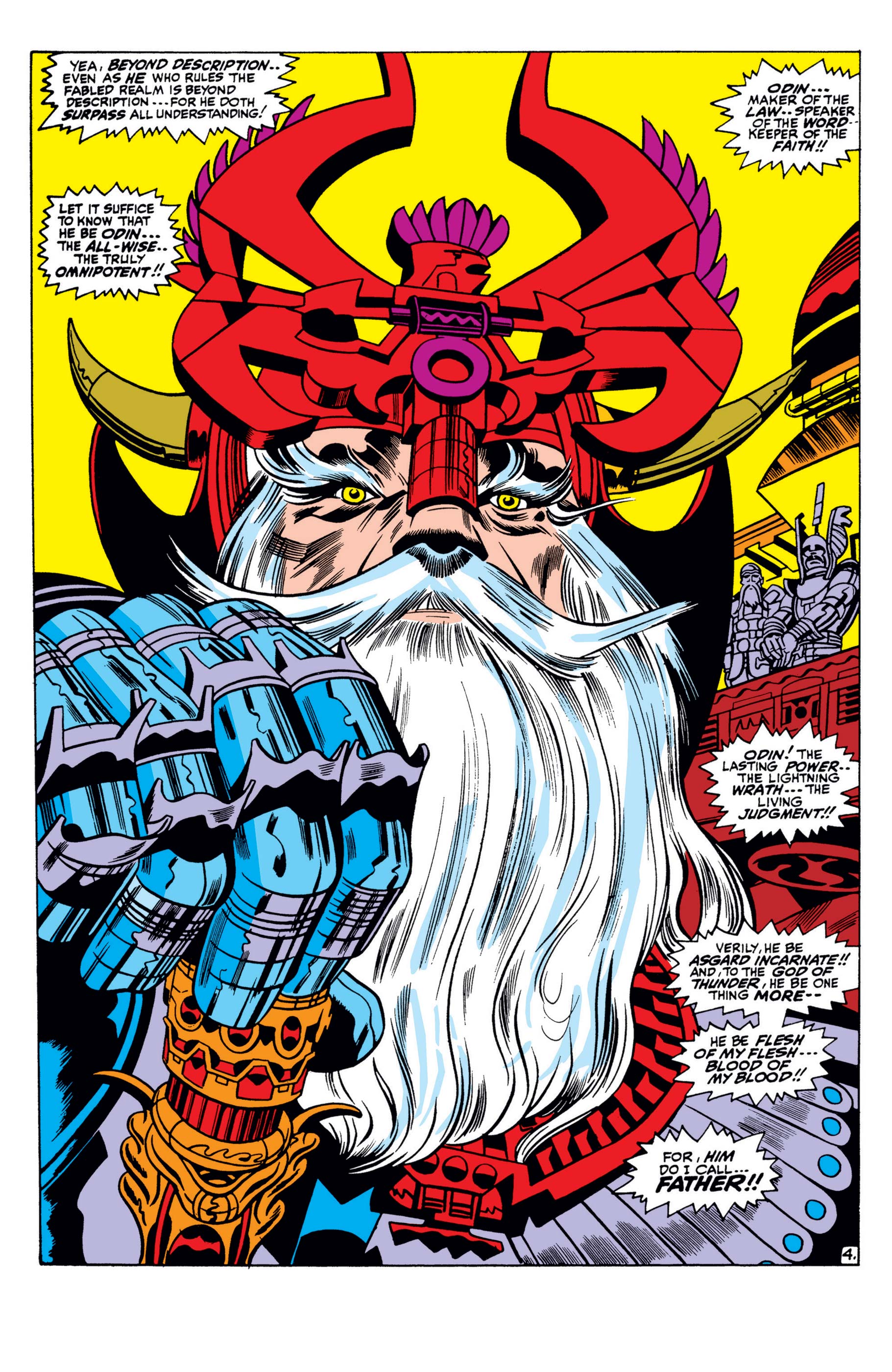 While the production values of Marvel’s Omnibus editions are great with sharp reproduction, oversize pages and hardcover binding, the quality also comes at a premium price, and all three volumes of Jack Kirby’s Thor work is going to set you back over $180 even when discounted. So if you can only afford one, which should you buy? It’s this book. It misses out on reprinting ten issues of peak Kirby work on Thor, but pretty well every other great Thor strip he produced is gathered between these covers.

Apart from anything else, the selection charts the growth of Kirby both as an artist and as a plotter. In both cases raw power is the fundamental strength. There’s an enormous energy to the plots, which surprise not with twists, but with the wonder of what’s coming next as Kirby consistently ups and ante, and while the art is diluted by the ill-matched inking of Vince Colletta, Kirby makes stylistic leaps. The opening battle with the Absorbing Man is still a relatively cramped affair, and it’s rather oddly reflected in the final strip’s tussle with Loki, but that includes two full page illustrations, both of them splendid. One has Sif attacking Loki and the other is a head and shoulders portrait of Odin, resplendent in his decorative headgear. This was something of a speciality on Thor, yet no two Odin full pagers are similar. Kirby always changed the pose and details. By the end of the book we’ve also seen Thor and others drawn onto black and white photographic collages, and numerous amazing full pagers.

Two elements really push the plots forward. Early in the book Hercules is reintroduced, this time in the modern era, and it’s here that the light touch of Stan Lee’s dialogue really comes into its own. The hedonistic Hercules lives life to the full, contrasting dull Thor, but it’s Thor’s persistence and loyalty that wins the day. Thor’s final elevation into greatness under Kirby came with his use in science-fiction based space sagas, the mismatch of ancient myth and futuristic technology fusing for something special.

Strangely, having introduced this wonder, Kirby matches it with the introduction of Ulik the Troll, but then exiles Thor to Earth for a succession of more ordinary adventures. The art keeps improving, but having seen Thor fight against the Colonisers and Ego the Living Planet, his being hypnotised by the Ringmaster into performing for the Circus of Crime lacks the same punch. This dip isn’t prolonged, and by the end of the Thor on Earth segments Kirby’s back on full form.

It was the ‘Tales of Asgard’ feature that really pushed the boat out artistically in volume one, and peaks here with a Ragnarok tale. Yet that feature also dips as Kirby channels more enthusiasm into the lead strip. ‘Tales of Asgard’ finishes on a story of Arabian magic that wanders and outstays its welcome. There’s also the novelty of a Thor strip produced by Kirby and Lee for Marvel’s parody comic. It’s trivial, raising smiles rather than belly laughs, but notable for how effectively Kirby is able to switch to Mad style comedy.

This is the premium presentation of these stories, which can also be found spread across Marvel Masterworks volumes featuring Thor numbers 3–5, or alternatively in black and white on pulp paper across Essential Thor 2 and 3. The opening ten issues are also found in the Epic Collection When Titans Clash, with the plan being to reprint the remainder in a future volume.