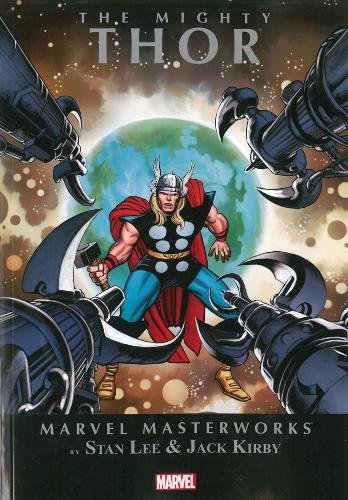 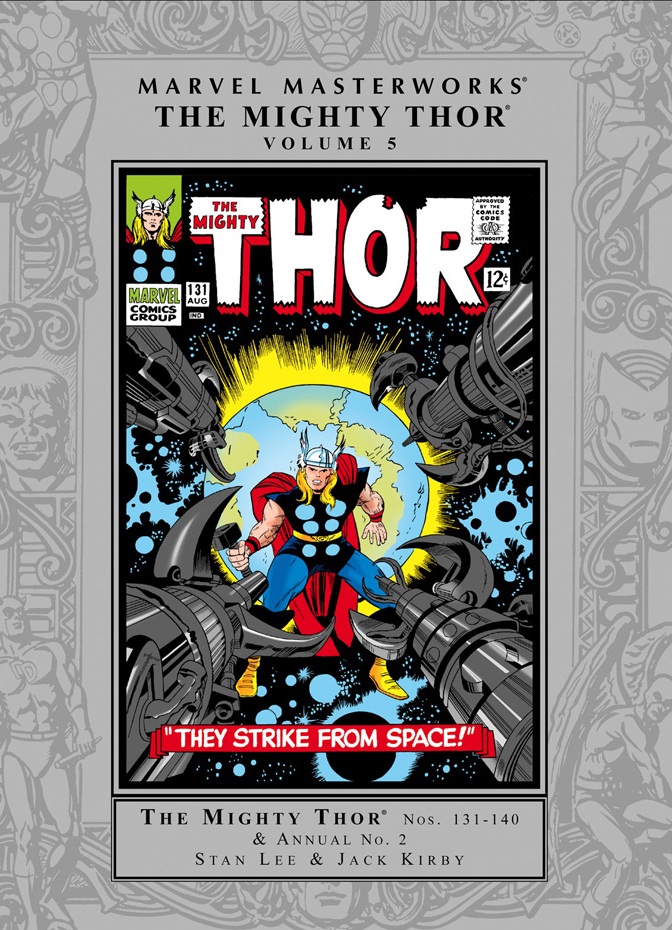 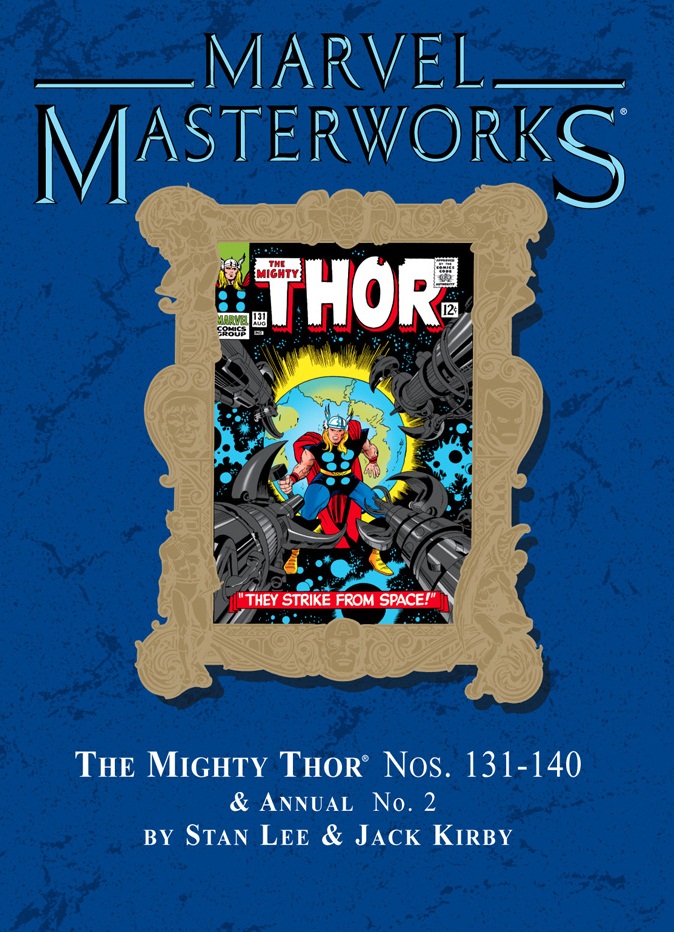 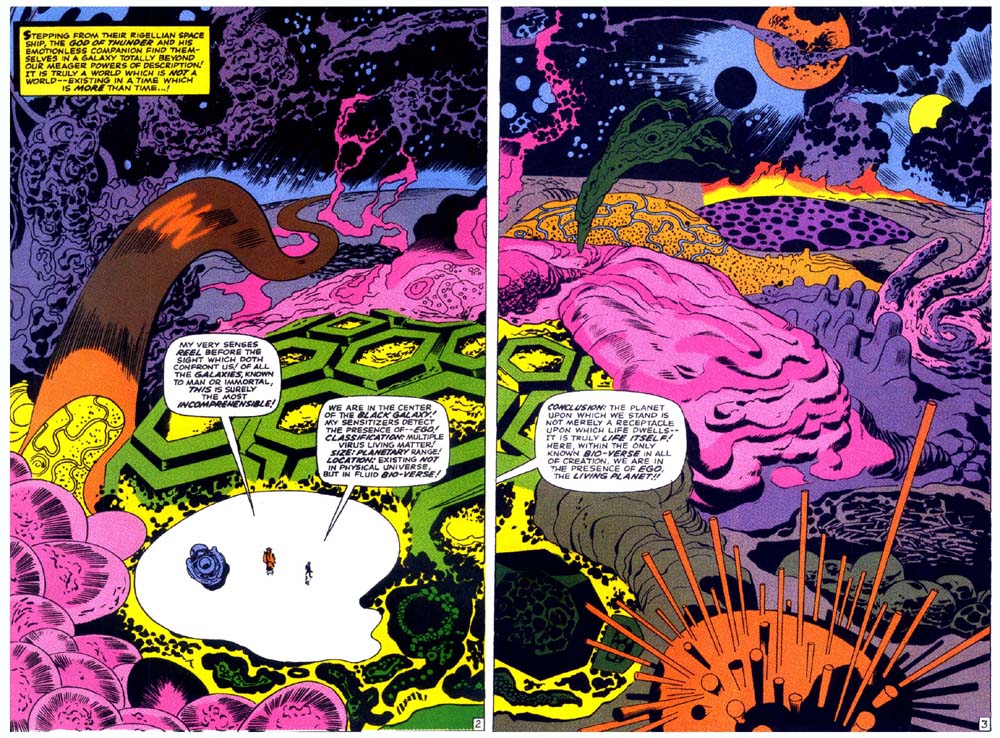 It’s generally considered that by the 1966 and 1967 issues of Thor collected here that Jack Kirby was doing far more of the writing than he was getting credit for, in effect plotting the stories and pencilling them, leaving Stan Lee to add the dialogue. Controversy reigns because both creators had notoriously poor memories, but the credits no longer separate art and writing, instead just naming the creators. It’s with this collection of stories that Thor fully flourishes as space opera is added to the splendour of old gods and their environment. In this collection Thor starts off dealing with the Colonizers, before meeting Ego the Living Planet and the High Evolutionary, who’s creating a new race.

Whether it’s the sheer dynamism of Kirby’s art or a match made in heaven, the mixture of Thor’s timeless celestial look and futuristic technology just works. A long haired guy in a helmet swinging a hammer against invincible robots and living planets creates some immense imagery. Not that Kirby’s slouching elsewhere either. The lead feature has finally overtaken the ‘Tales of Asgard’ back-up as the primary source of artistic wonder as Kirby becomes ever more experimental with his designs and page layouts, yet never loses his storytelling discipline. The surreal fusion of planetary landscapes in the sample image is stunning, and this is in a book where Kirby produces ever more interesting and fascinating machinery, and also uses a photo collage over which he draws. His depiction of the home of the gods is ever more opulent and magnificent.

Another indication that Kirby has a greater hand in plotting is that almost every story collected here in some form or another deals with the aspirational idea of a better humanity. This is most evident in the genetic tinkering of the High Evolutionary and his incredible man/beast hybrids, but also in Jane Foster visiting Asgard, and the advanced science of the humanoid Colonizers. It’s further echoed in the Growing Man bereft of a master, and the concept of a living planet. An almost biblical analogy infuses the High Evolutionary story as paradise is infiltrated by evil of his own creation, and as Thor continues Bible scholars can pick at several more plots. Odin with no headgear, for instance.

Lee deserves more credit than some are willing to give him. He has a fine line in self-aware dialogue that prevents the ideas and the action swamping the character moments. It works well with the humour of the Recorder’s observations as Thor fights for their lives, but equally in the bombastic pomposity of Ulik the Troll, and the fear experienced by Jane Foster when taken to Asgard. That’s a particularly good self-contained episode, now increasingly rare, underlining the difference between the day to day experiences of humans and of gods. Jane’s long overstayed her welcome, which is finally recognised by the creators, who end her series involvement in a sympathetic fashion, although Thor wastes no time turning his attention to the reintroduced Sif, who’d become his longest-lasting girlfriend. That rapid switching of affections is one of few negative elements. Another is the somewhat clunky design of the Man-Beast.

They’re minor caveats in a great collection of stories meshing myth and science. Volume 6 is slight step back as it restricts Thor to Earth, but with volume 7 Kirby fully embraces the cosmic. These stories can also be found spread over volumes 2 and 3 of Essential Thor, albeit in sometimes muddy black and white, and in The Mighty Thor Omnibus volume 2. 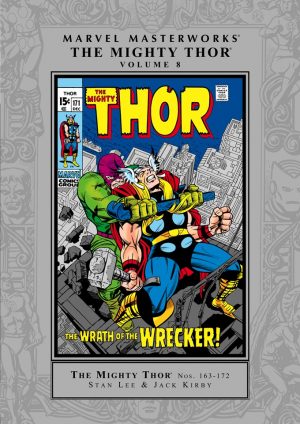 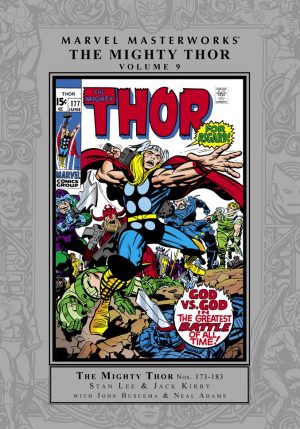