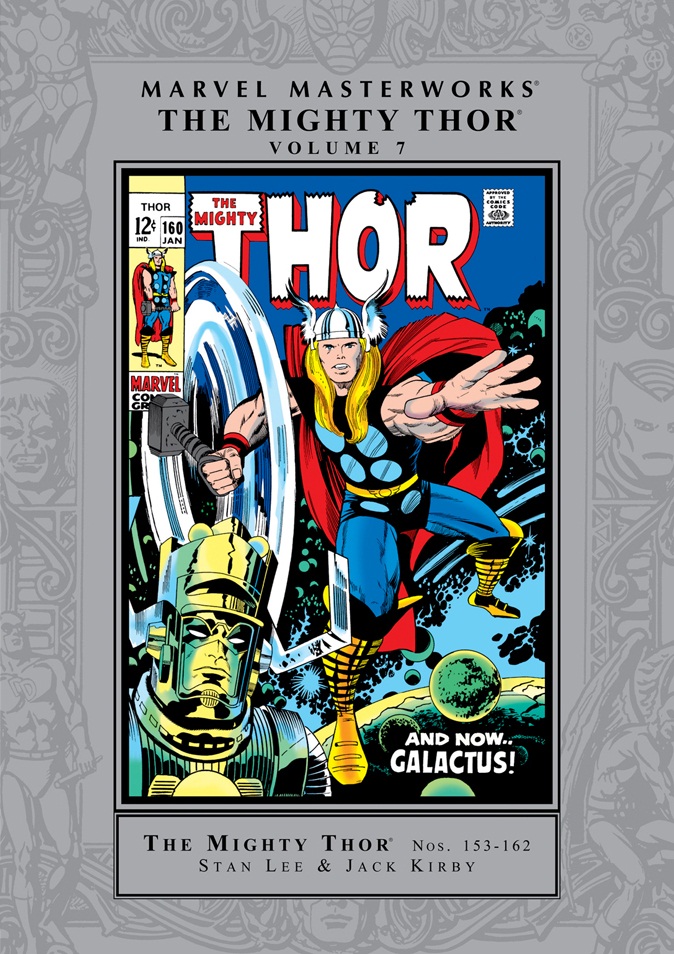 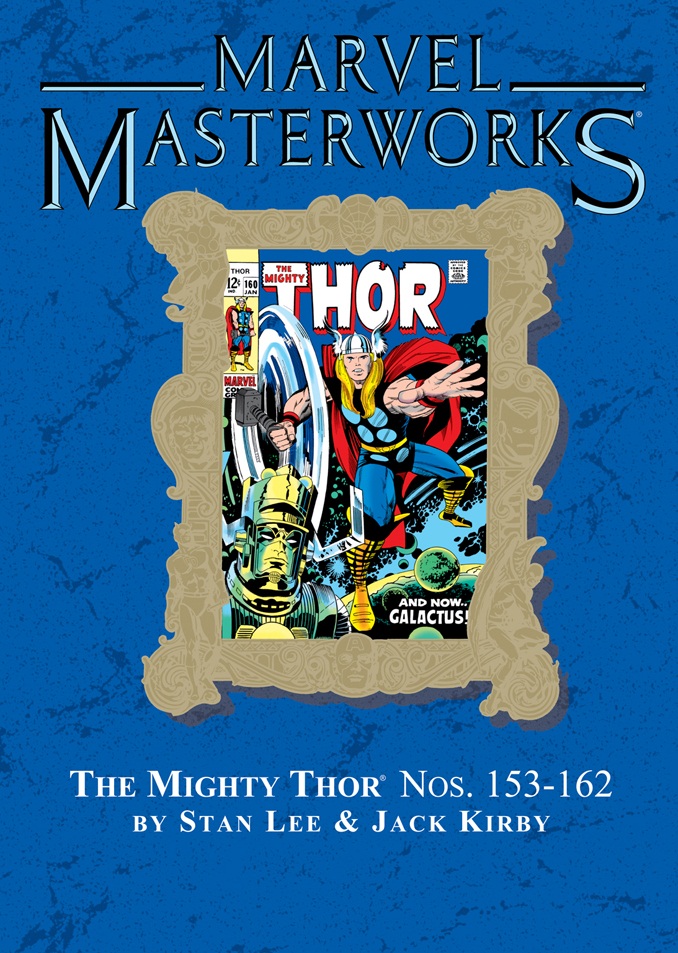 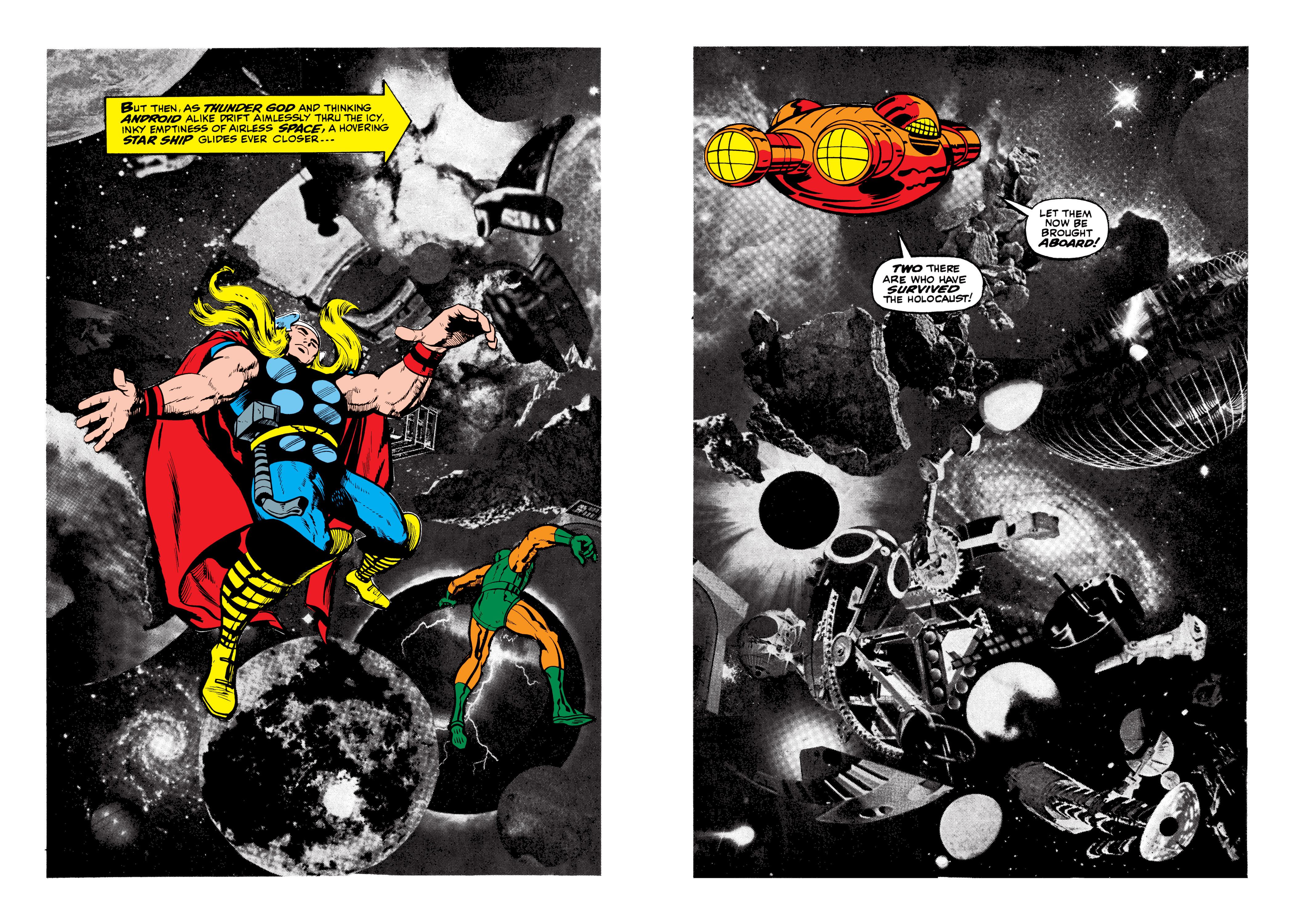 Thor largely restricted to Earth in Masterworks volume 6 was a little disappointing after the mind-expanding content of volume 5, but it warmed up toward the end, and this is a full return to form. By now there’s no doubt that it’s Jack Kirby providing the plots as well as the pencils, while Stan Lee’s role is reduced to dialogue and possibly suggestions before Kirby set to work.

The opening chapter concludes the events of the previous volume, and is a landmark in the Thor series as after six years the lead feature finally occupied the full page count, evicting all back-ups. Just as well, as the next issue begins what’s considered by many to be Kirby’s finest Thor plot. While Odin sleeps to renew his strength, and cannot be woken, Loki takes over Asgard when Thor is on Earth. So far, so standard. The twist is that Mangog has been released, an embodiment of evil powerful enough to deal with Asgardians by the dozen, and only confined before by Odin. Centuries of imprisonment haven’t dulled his rage. Thor believes Mangog heralds the coming of Ragnarok, often mentioned previously as the fall of Asgard and the destruction of the universe. To up the ante, Thor’s friend and ally Balder has troubles of his own elsewhere.

Kirby toyed with building up the invincible foe in the Enchanters story in the previous volume, but that was rather the damp squib. Here he pulls it off. Never before has Thor faced anyone who so easily outmatches him in terms of sheer power, so that alone elevates the story, but Kirby is running all kinds of subtexts beneath the main plot. Never mind that it’s the end of the universe, for instance, because if Loki can hear of Thor’s death before that happens, he’ll die happy. For two entire chapters Kirby has Mangog approaching Asgard destroying all in his way, building the threat beautifully, and when he finally reaches Asgard the excitement hits fever pitch. The ending is anticlimactic, but inventive nonetheless.

After that the discrepancy of Thor and Donald Blake in essence being the same person is dealt with, though it does incorporate a reprint of Thor’s by now very outdated looking origin story, and Thor heads in into space. This is to confront Galactus, who has set his energy-draining sights on Ego the Living Planet.

Having supplied the best Asgard story in this collection, Kirby gives us his best Thor in space story. The stakes are high, and Kirby really pushes out the boat artistically. The art is wonderful throughout this collection, but the space sequences radiate power. Kirby supplies fantastic full page illustrations of Galactus, Ego, Odin and the battles, and more great collages, yet never at the expense of telling a thrilling story. The only downside overall concerns what’s not present. Copies have emerged taken of the pencils of the opening chapter before inking, and indicate they could have looked even better. Vince Colletta’s inks were always mismatched with Kirby’s sheer power, and the stats display he was erasing some of the pencils before inking the pages, presumably to save himself work.

This collection is the peak of Kirby and Lee’s Thor. It starts on Earth, ends in space, and has a magnificent Asgard sequence between. Volume eight starts well, but is nowhere near this in terms of quality. The content can alternatively be found in the second Mighty Thor Omnibus, or in black and white in Essential Thor volume 3.