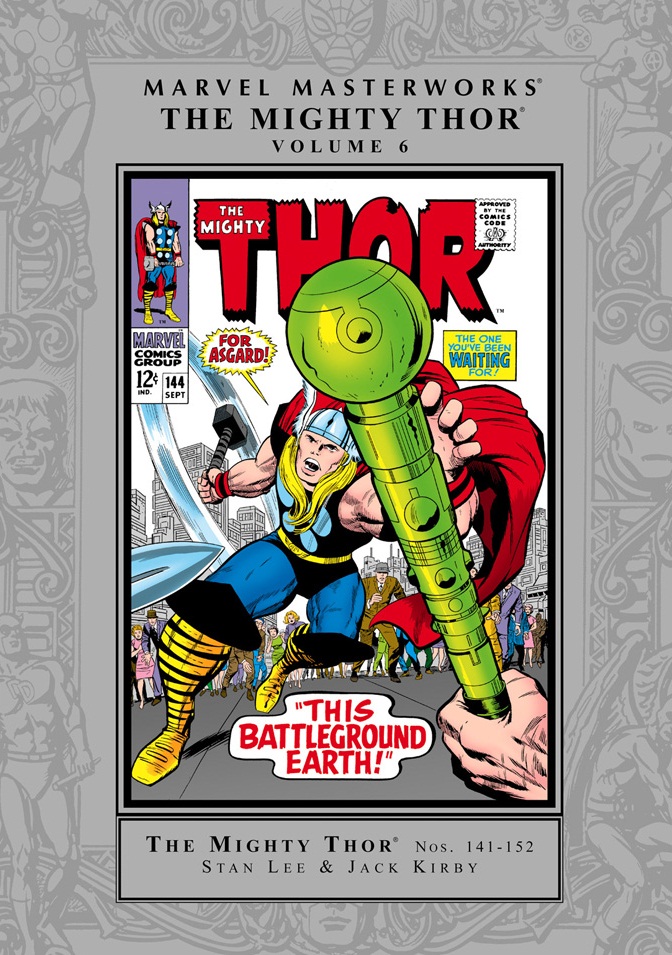 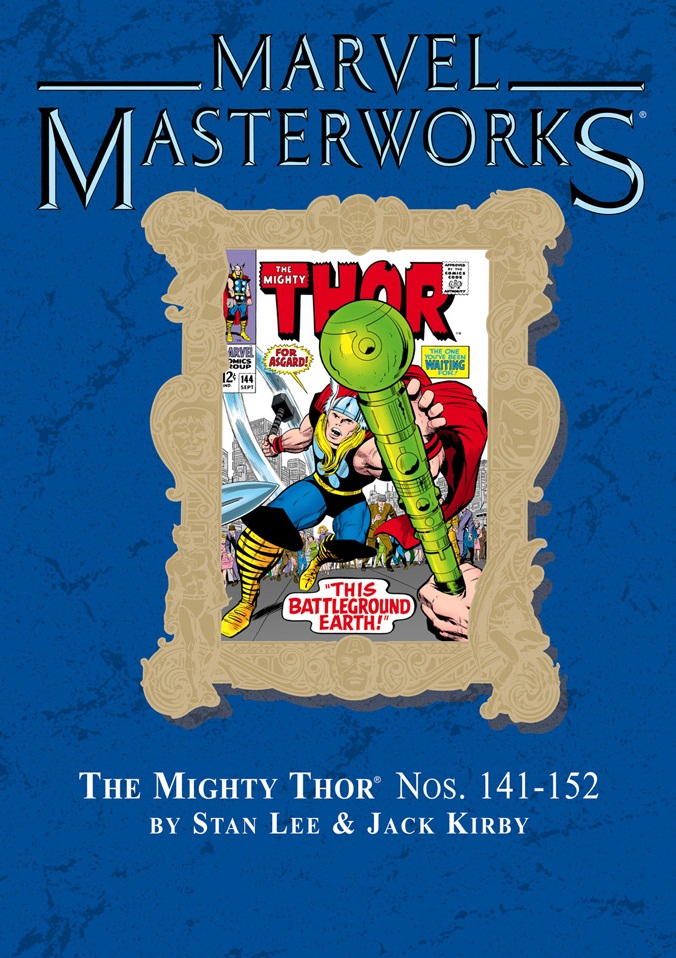 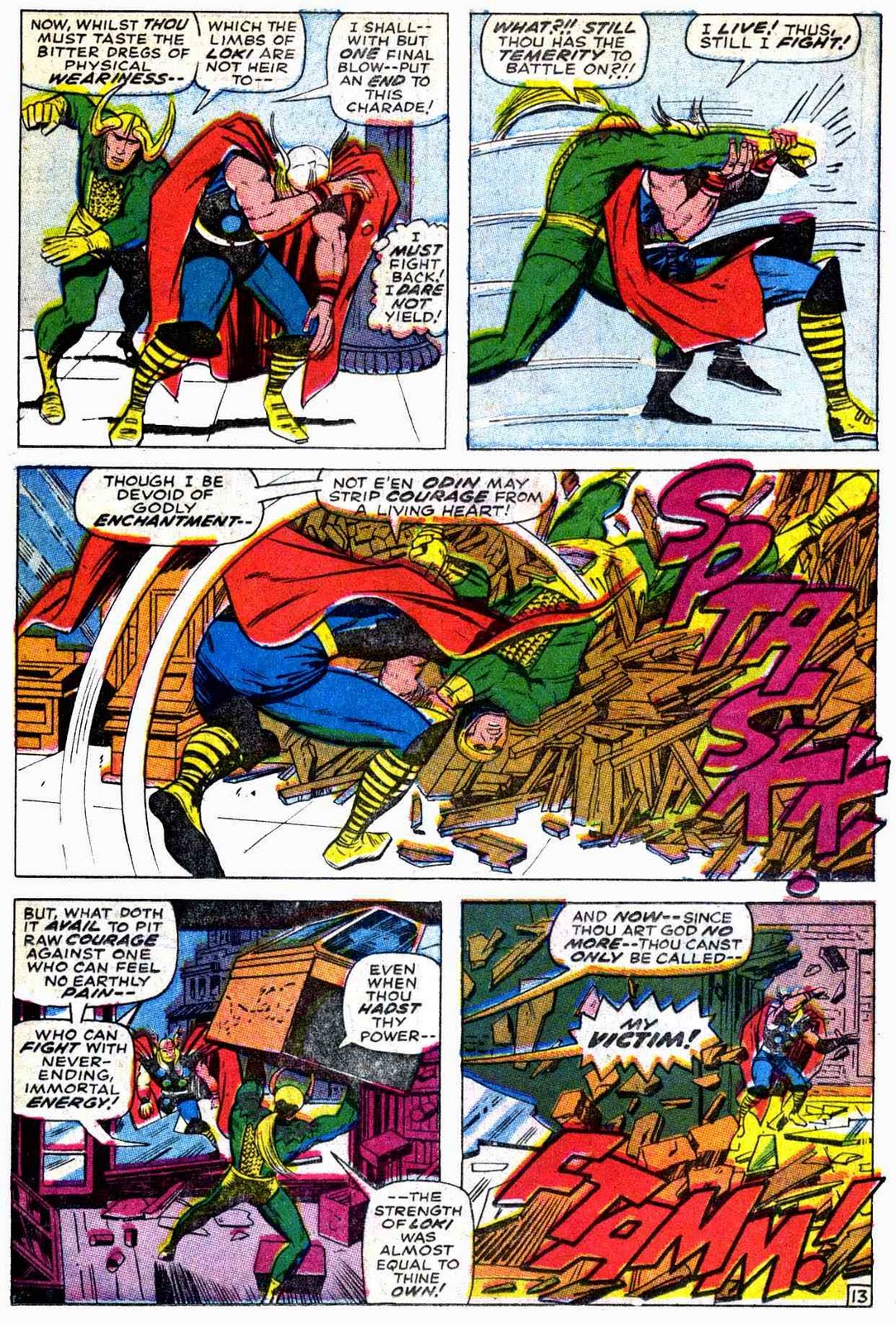 Content reprinted in this volume runs from 1967 to 1968, and features Thor back on Earth for most of the book, dealing with the likes of the Wrecker, the Super Skrull and, slumming it way below his power level, the Circus of Crime. After Ego the Living Planet and Ulik the Troll, gangster Slugger Sykes and his robot don’t really cut the mustard, so this collection is a slight letdown after the cosmic adventure of volume five.

There’s also an ennui about some of the plots. On paper the Super Skrull, possessing the powers of each Fantastic Four member, is a match for Thor, but after the required amount of battle pages, spectacular as they are, he’s propelled back into space by the previously unknown anti-force generated by Thor’s hammer. The Enchanters, built up as truly cosmic threats able to endanger Asgard, are dispatched with relative ease. The same tiredness applies to the ‘Tales of Asgard’ back-up. With Thor’s remit expanded into space, the theatrical magic of Mogul doesn’t work in five page segments, and these are the strip’s dying days, although a replacement Inhumans strip means Thor still doesn’t occupy the full page count in his own title. Kirby was more enthused by the Inhumans, but those strips don’t appear here.

Some elements of Thor back on Earth do work well, the bathos of him in a soda shop, challenged by a motorcyclist, or thrown in jail, Stan Lee enjoying himself with bantering dialogue, and the way in which the Wrecker gets his powers is great, as his design. It’s only toward the end of the book, already into the Wrecker story, that Kirby’s plotting inspiration is revived as Loki, Karnilla and allies face off against Thor, Sif and Balder, leading to a cliffhanger ending. Other than the Wrecker it features previously introduced foes, but their use is unpredictable, and their return welcome. It also features a return for death goddess Hela, only briefly seen before, and reintroduced with her imposing and now familiar costume.

It’s encouraging to note that while this is a lesser selection, this is by the previously set standards on Thor, high overall. There are still moments of fun, and it’s just a temporary blip as Kirby’s warming up for one of his most fondly remembered Thor stories in volume seven.

This content is also available in the second Mighty Thor Omnibus, along with that of volumes 4 and 5. Alternatively it can be found in black and white in Essential Thor volume 3, although many pages suffer from very poor reproduction.