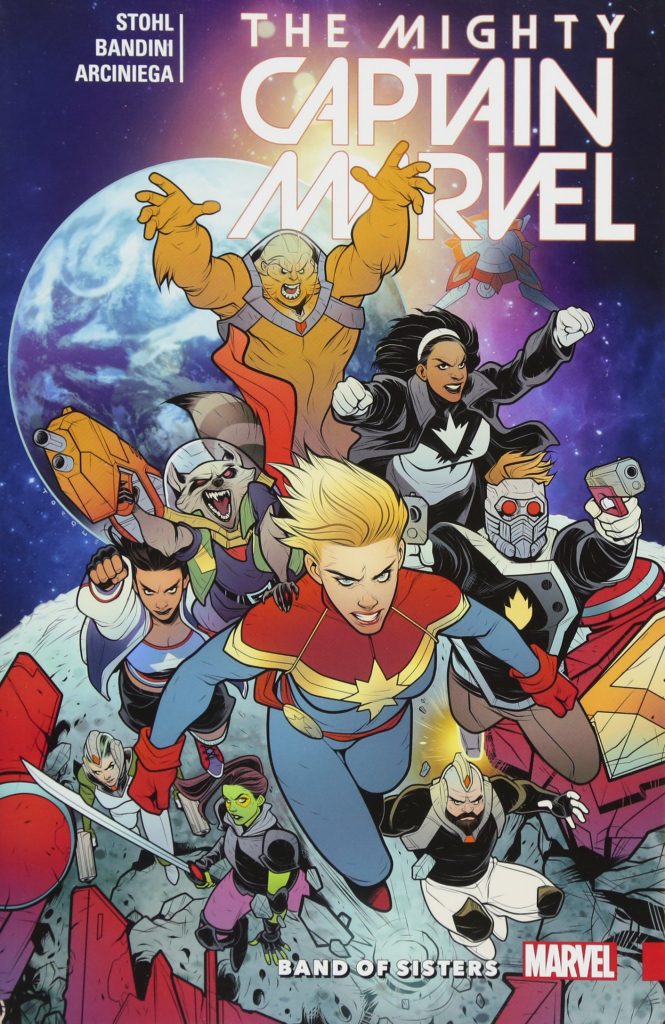 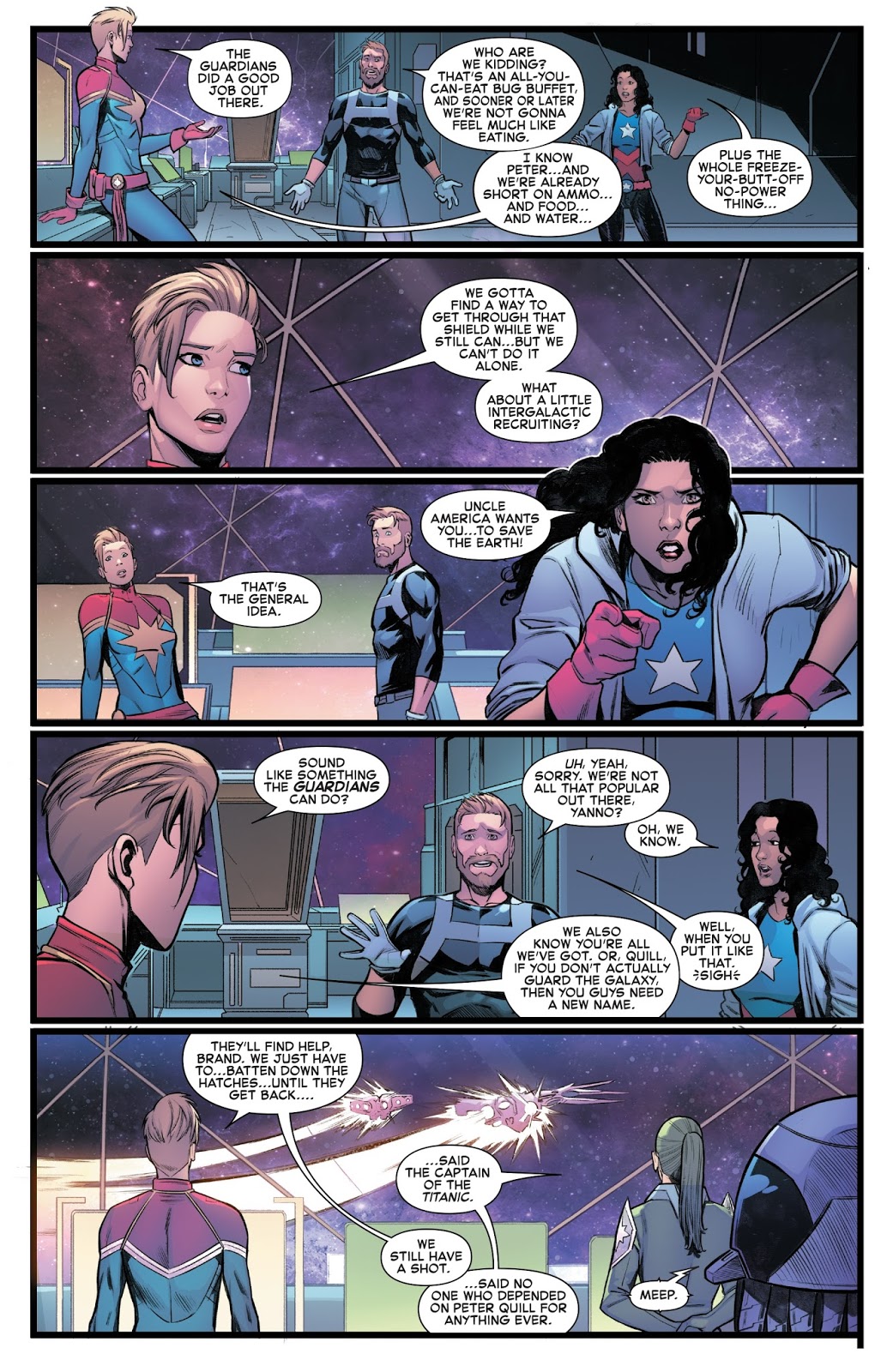 A cornerstone of Marvel’s superhero comics since the early days has been bantering. Stan Lee turned it into an artform with Spider-Man, but unfortunately not everyone that’s followed in his footsteps knows when to stop and tone it down. Under Margaret Stohl no-one in Captain Marvel is ever at a loss for words. They’re so quick with a quipped response that they prioritise advanced bantering over defending the Earth.

There are occasions when bantering is off the agenda, indicating how serious things have become, and that’s because the Alpha Flight space station is the last line of defence when the Chitauri race send wave after wave of attacks against Earth.

The upside of Band of Sisters is that Stohl has more focus. The primary plot is fairly well followed through from start to finish and if you ignore the sub-par sitcom dialogue and just look at Michele Bandini’s attractive art then there’s eventually an appropriate sense of desperation regarding a seemingly unbeatable enemy. The downside is the all too easy sidelining of problems introduced during Alien Nation, and that too much time is spent away from the core cast and devoted to three newly introduced uber-geeks. They’ve passed their bantering proficiency badge, so have been shipped up to the Alpha Flight space station, and they have a perky “let’s do the show right here” attitude. They’re tiresome, unfeasibly able to do what the guy built up last time as an absolute genius can’t, and really hog the panel time.

Band of Sisters ends with a shorter tale that more encapsulates the title than the title story does, as Carol Danvers returns to Earth and hangs out with friends. It underlines the problems with Stohl’s approach in microcosm, swerving violently between what’s supposed to be heartwarming sitcom bonding and utter depression. Perhaps she intends the inclusion of a bipolar personality, feasible because there have been so many other boxes clumsily ticked.

Stohl concludes her run on The Mighty Captain Marvel with Dark Origins.