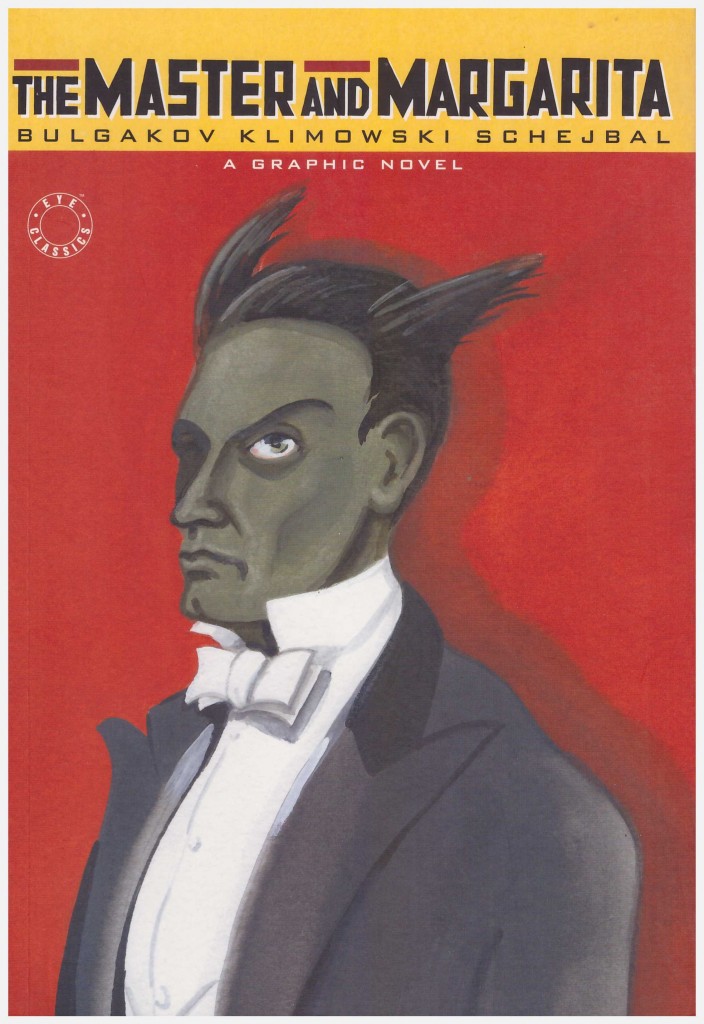 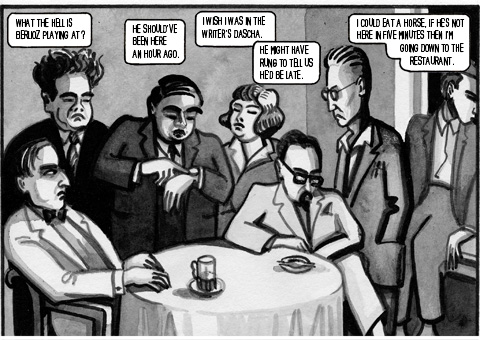 It took Mikhail Bulgakov over a decade to write The Master and Margarita, constantly modifying his drafts in an attempt to convey his ideas while conforming to the strict Soviet ideology and the vigilant censors that applied it. What emerged wasn’t even partially published in the Soviet Union until 1967, over twenty five years after Bulgakov’s death. It’s now considered an early example of magical realism in the manner that it merges a recognisable society with unfettered flights of imagination such as the appearance of the devil, who runs riot through the Russian society of the 1930s.

Due to the manner in which Bulgakov had to code his work in order that it might be deemed acceptable it’s open to numerous interpretations, but there’s a definite satirising of those representing the establishment, carefully parsed from the establishment itself.

The story is adapted by two artists, with Andrzej Klimowski working in black and white wash, and Danusia Schejbal’s choice being colour gouache. The novel is structured as a story within a story, so provides good reason for the distinction, but both are fine artists, and neither have any real facility for breaking down a story in a visually interesting manner. Very few people picking up the book due to it’s distinctive and compelling cover portrait are going to be enticed by the art as they flick through.

Adaptation is always a form of compromise, but a particularly puzzling decision is to re-arrange sequences, as there’s no greater thematic coherence as a result, and to minimise others. The opulence of the Spring Festival Ball, integral to the novel, is glossed over in a single spread. Another problem is that clipping and pasting selected snippets of the original text leads to a disjointed read, and pulling some text without context means the book occasionally lapses into plain poor dialogue.

Even acknowledging the severe difficulty involved in accurately conveying a complex work in graphic novel form, this disappoints.