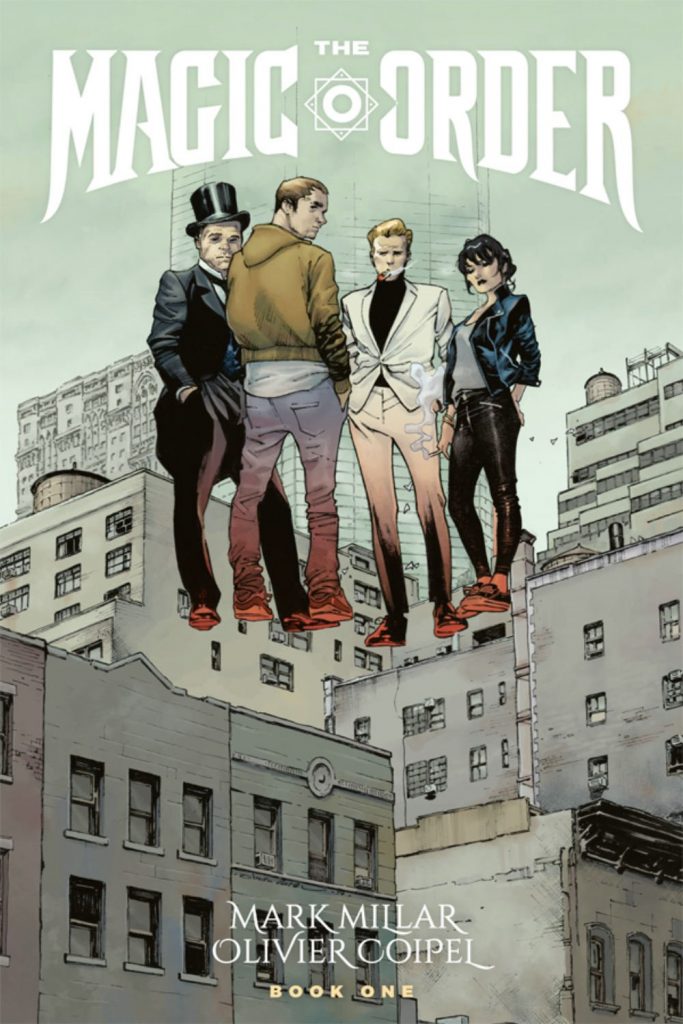 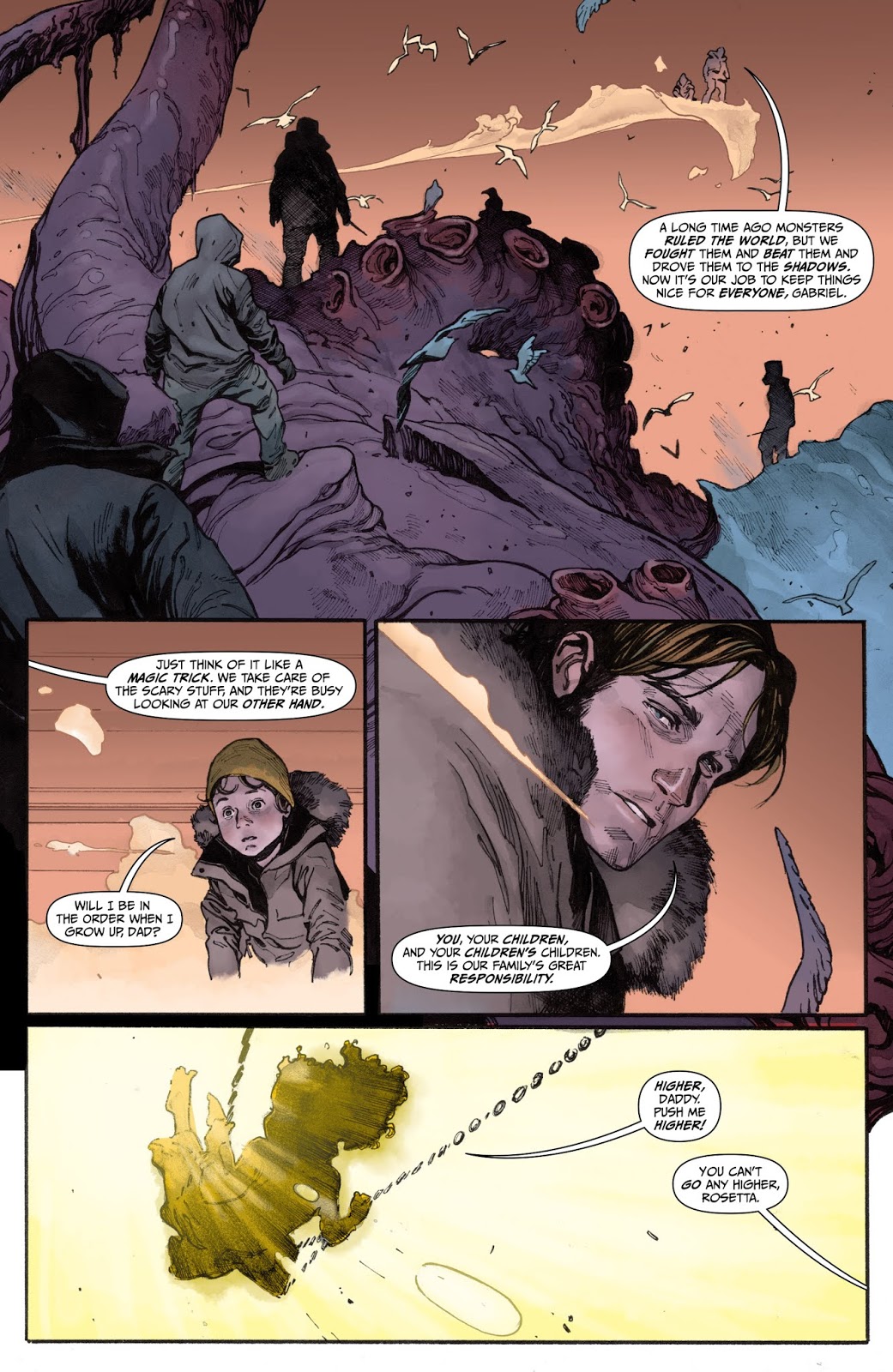 Almost every one of Mark Millar’s projects involves the world being recognisable as we know it. People live and go about their business like we do, and live in the same sort of places we do, and once that’s established the intrusions occur, be they superheroes, time travellers or the return of Satan. It’s an immediate sympathetic touchstone if we can identify with others like us, and the danger they’re placed in. The Magic Order works in that familiar comfort zone, spotlighting a family dynasty preventing mystical threats progressing any further into ordinary life. This is undertaken as duty, with no public acclaim, but there have been ructions within the family, and all of sudden some very powerful people are disappearing.

Millar knows how to hook us, and the magical atrocities are combined with a skim around the family, concentrating on the current generation in their twenties and thirties. All have problems with their philandering father, and all deal with that differently, the most extreme being Gabriel who’s entirely turned his back on the magical world to live an ordinary life with his wife. He’s the audience identification figure, the ordinary guy who just wants to be left alone.

In terms of presenting both the ordinary and the fantastic Olivier Coipel straddles a fine line where the intention is to keep things vaguely believable. He’s disciplined for so much of the story, ensuring everything looks normal, even when that’s a taxi on a busy road filling with water from the inside, and really lets rip for the horrific scenes. The distinctive Venetian masque and cloak disguise for the main threat is a neat touch.

Millar’s strength is always surprise. He works a formula extremely smartly, here the fall and rise scenario, and never dips below surface personality, yet succeeds in dropping the motivations early. There’s surely not a reader of The Magic Order who doesn’t think they know how things will play out, but when a writer’s not tied to ongoing projects there’s far greater freedom to slash through expectation, and Millar will have most fooled. He throws in a couple of curveballs along the way, one being the surprising and funny use of literature, and the story ultimately proves to be about the strength to resist temptation.

There is some irony in this being the first project to come from Millar’s partnership with Netflix, and Netflix ultimately deciding not to develop a TV series from it after all, but graphic novel readers should be more satisfied. The bulk of the surprises hit with the final chapter, and that pushes all the right buttons.