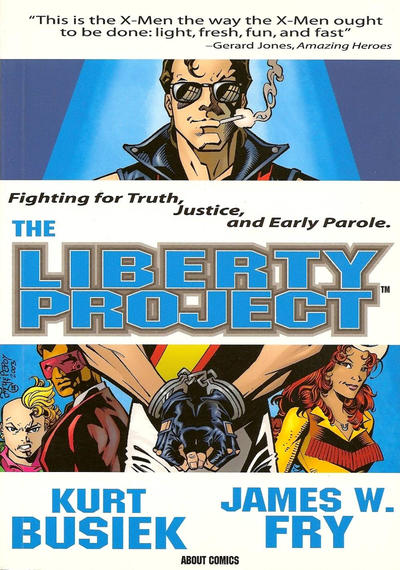 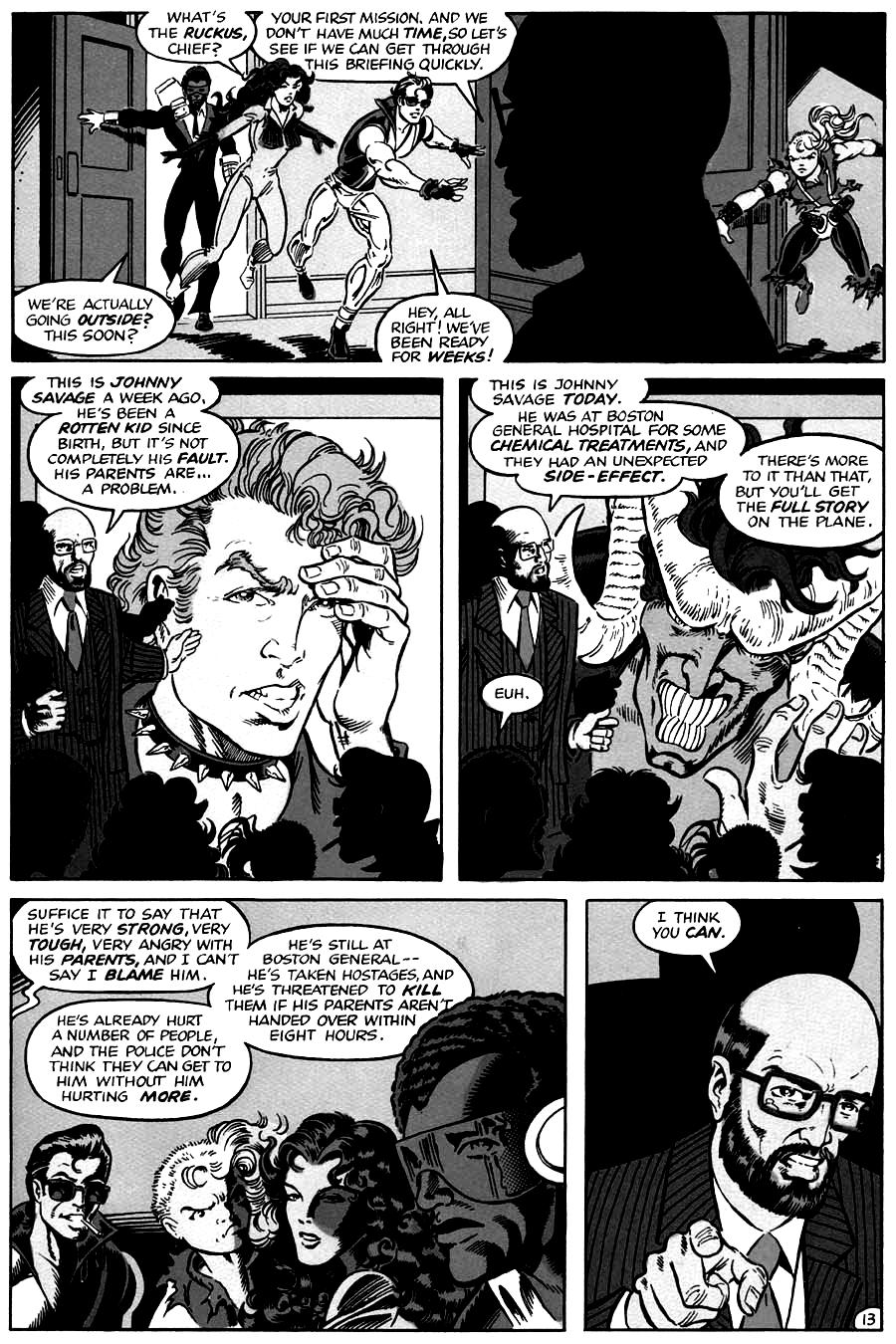 The US government has calculated the cost of keeping irredeemable super powered criminals in prison, conceiving a plan whereby they’re given limited freedom on signing up for a project where they the opportunity to use their super powers for the common good. Burnout, Cimmaron, Crackshot, Savage and Slick take them up on their offer.

By the time he came up with The Liberty Project Kurt Busiek already had a brief stint at Marvel behind him, but was nowhere near the writer he’d become. He was also unfortunate to be developing a sound idea at roughly the same time as John Ostrander, whose Suicide Squad remains a better read. There’s even the further coincidence of each featuring a member with unerring aim, although Busiek’s version reworks Bullseye rather than Deadshot. Crackshot is the most interesting of an otherwise one-note cast, the only team member who’s genuinely remorseful about his past. Otherwise Busiek’s creativity expired with the concept. Almost everything else about the team is either ordinary or brings to mind something along the same lines, but better. Busiek would learn how to turn this element of comforting familiarity about his writing into a clever USP, but struggles here.

Given The Liberty Project was a straightforward superhero series, it needed an artist able to make it look as dynamic as possible, and in 1987 James W. Fry wasn’t that artist. There’s very little about his methods that couldn’t be dramatically improved from design, through layouts to figures. He’d develop a tidy cartoon style, but these pages are below professional standard.

There appears to have been an awareness the end was nigh, as the final chapter has extra pages to tie everything up. However, the melodrama is set to maximum in a conclusion that surely satisfied no-one at the time, and doesn’t read any better today. Thankfully, Busiek retained faith in the idea of supervillains acting in the public good, producing Thunderbolts in the 1990s, and some memorable episodes of Astro City.

It should be noted that this is a slightly larger than digest format publication, and the original comics were in colour.