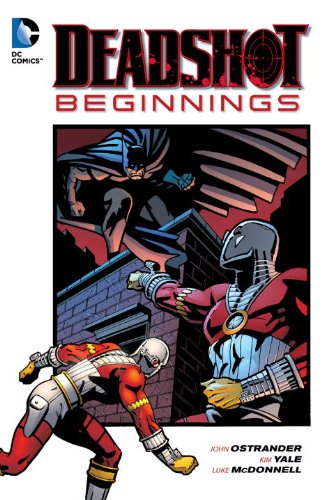 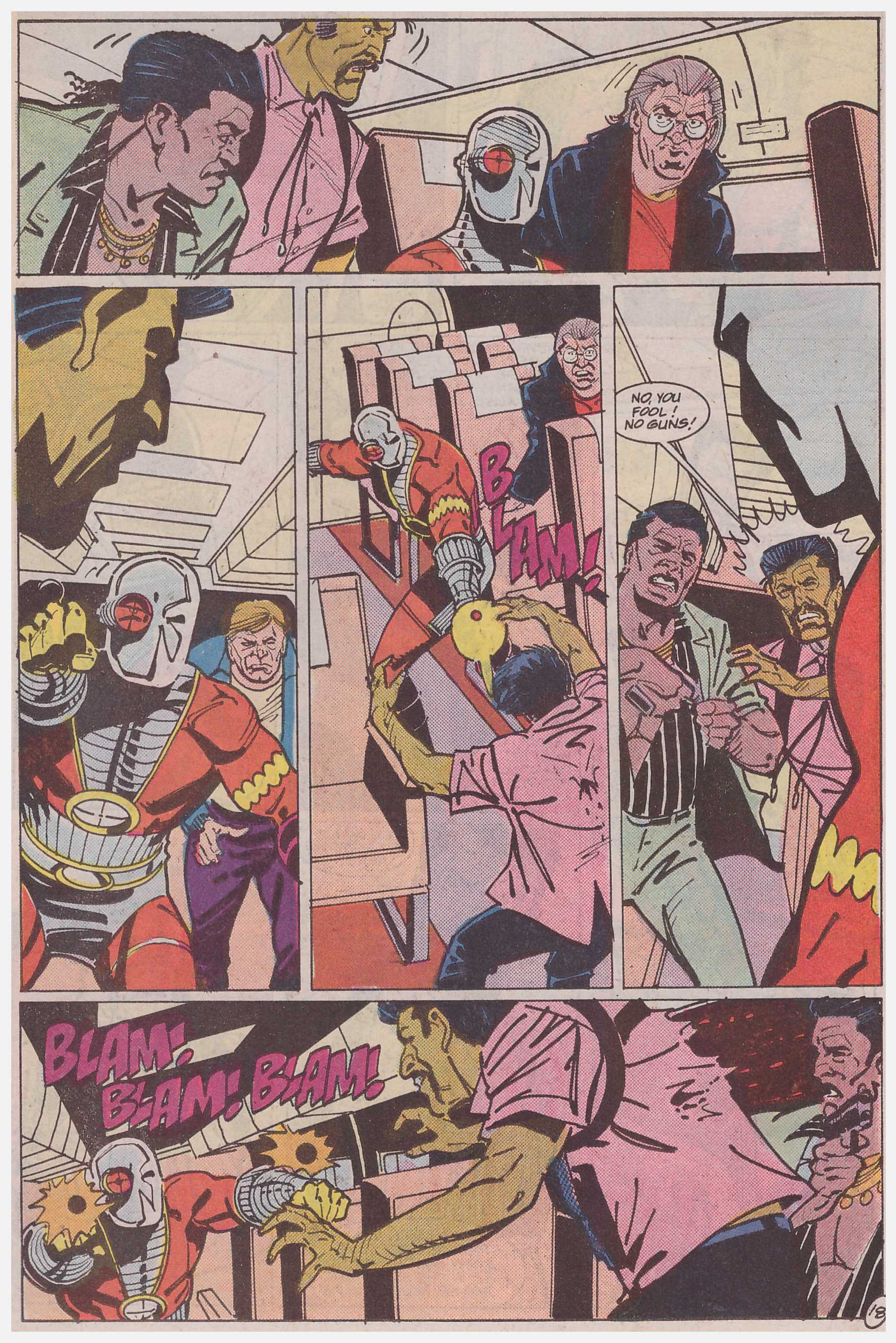 Deadshot’s character progression is odd, to say the least. He began as a one-shot tuxedoed assassin in the 1940s, Floyd Lawton, a spoiled rich kid looking for thrills and stopped by Batman. Long forgotten, he was revived by Steve Englehart and Marshall Rogers in the 1970s, this time as a high-tech costumed assassin different in all but name. That story’s reprinted here, and still stands up well, with any anatomical deficiencies of Rogers’ art more than balanced by an incredible sense of style. It’s also available within Strange Apparitions.

Deadshot became a regular skulker about Gotham, and two later appearances also feature, drawn by the sadly long-forgotten Don Newton. Here was a man with fabulous storytelling skills and a natural instinct for layouts. It’s a shame the material he was given didn’t match his talent. His second story is a specially odd choice of padding as it’s intricately tied into ongoing continuity, although the drama is well provided by writers Gerry Conway and Paul Levitz. Doug Moench’s preceding story focusses more on Deadshot, but isn’t as well crafted.

The meat of this book is four chapters of Deadshot solo dating from the 1980s, when he was an integral component of the Suicide Squad as written by John Ostrander. Psychological analysis was a frequent feature of that title, and in Deadshot Ostrander had a prime candidate. Here was a supposedly infallible assassin with state of the art technology, yet for some reason he always missed Batman. Why was this? Ostrander cast him as the only member of the Suicide Squad with an active death wish.

After an establishing chapter displays just what Deadshot is capable of, you might wonder who’d be stupid enough to abduct his previously unrevealed son. That story is counterpointed by his therapist Marnie Herrs investigating Lawton’s background and history. It’s as sordid as his current escapades.

Ostrander and co-writer Kim Yale produce an extraordinarily downbeat dissection of Deadshot, taking his gloomy and provocative character to new extremes while simultaneously nailing why he’s that way amid a mystery. It’s a very good piece of loner fiction, and still stands up all these years later, although don’t read it if you’re already feeling miserable.

While some pages remain cramped, there’s a greater dynamism to Luke McDonnell’s art when compared with his contemporary Suicide Squad material. This effect is more than just the appealing sight of McDonnell inking his own pencils, using a loose, scratchy style.

A second collection of Deadshot material by other creators is titled Bulletproof.