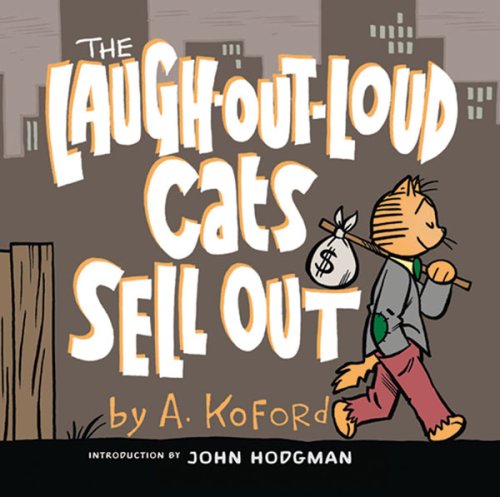 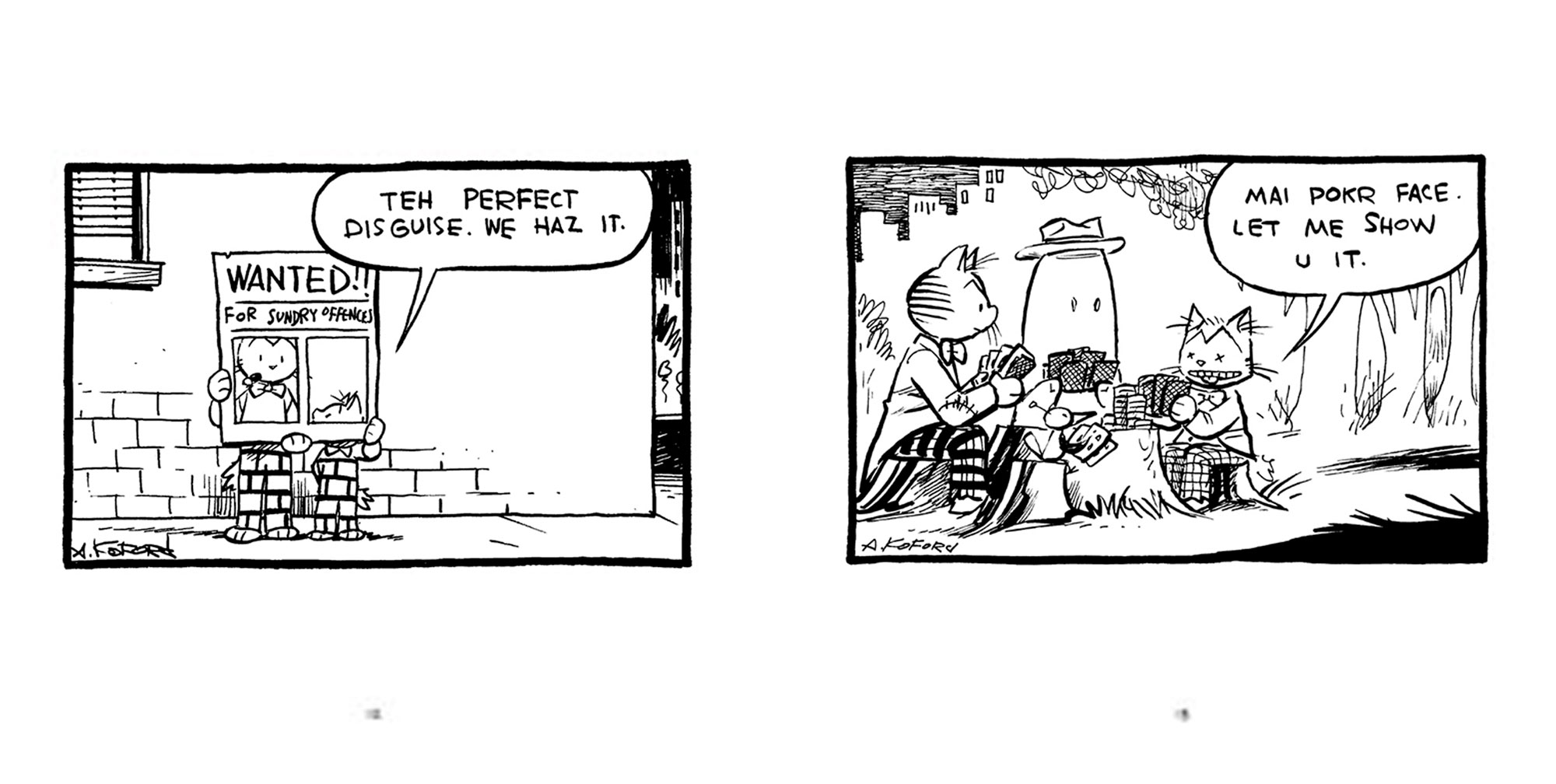 Adam Koford began writing The Laugh-Out-Loud Cats as a single daily webcartoon panel, published on the photo website Flickr in 2006. His cartoon series is a deeply-nested meta construction, built from ‘Internet 2.0’ culture. Before Tumblr, Instagram and Twitter, internet memes were much slower-moving jokes that built over weeks and months. The phenomenon of ‘LOL cat speak’ generated a whole industry of cat images and language mostly driven by the ‘I can haz cheeseburger’ site. Koford took the language of these cat memes, and illustrated them sometimes literally but mostly in surreal and silly mash-ups using a retro style of drawing that referenced early American comic strips with film comedy of the same time period: Laurel and Hardy, tramps, hoboes, Keystone Kops and so on.

The concept is that these Laugh-Out-Loud Cats were created in 1912 by Koford’s great-grandfather, Aloysius ‘Gorilla’ Koford, so the strip’s two stars, Meowlin Q. Kitteh and his kitten companion Pip, are the very first ‘LOLcats’ and coincidentally everything they say happens to be a meme. Koford delights in breaking the fourth wall continuously, with his protagonists aware they are drawings on paper and messing with the inklines that they are made of. There are also copious amounts of puns and visual references to just about any pop-cultural event of the day that Koford can fit in. The result is a funny and ingenious mash-up which generated hundreds of thousands of daily page views and eventually some book collections. Meet the Laugh-Out-Loud Cats was self-published in a small run by Koford in 2008. This second collection reprints some of those cartoons along with many new ones. It features an introduction by The Daily Show comedian John Hodgman, whose ‘700 Hoboes’ project was an inspiration to Koford in creating his strip.

Given the fleeting nature of memes and an internet culture that moves relentlessly forward and never looks back, this book is now a time capsule of a very distinct period of North American pop-culture history. Thanks to Koford’s inventiveness and graphic skill, the two cats Kitteh and Pip are engaging enough to be funny on their own terms, so even if you have no knowledge of the jokes being referenced in these panels, they still work as graphically amusing cartoons. The series continues in two further books: Down with the Laugh-Out-Loud Cats and The Laugh-Out-Loud Cats in One More for the Road.