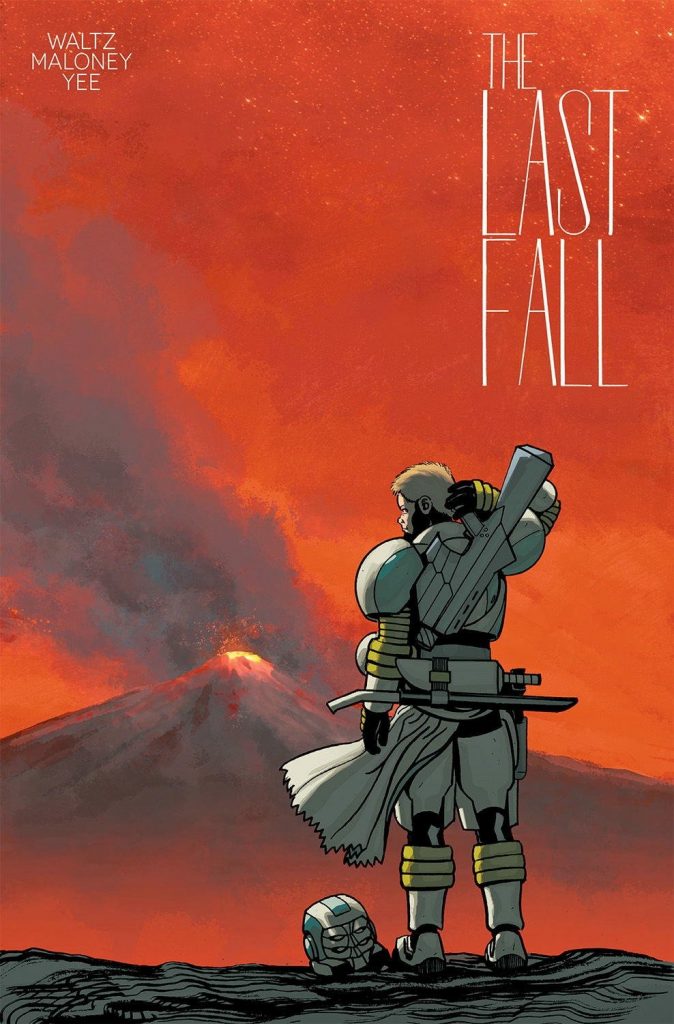 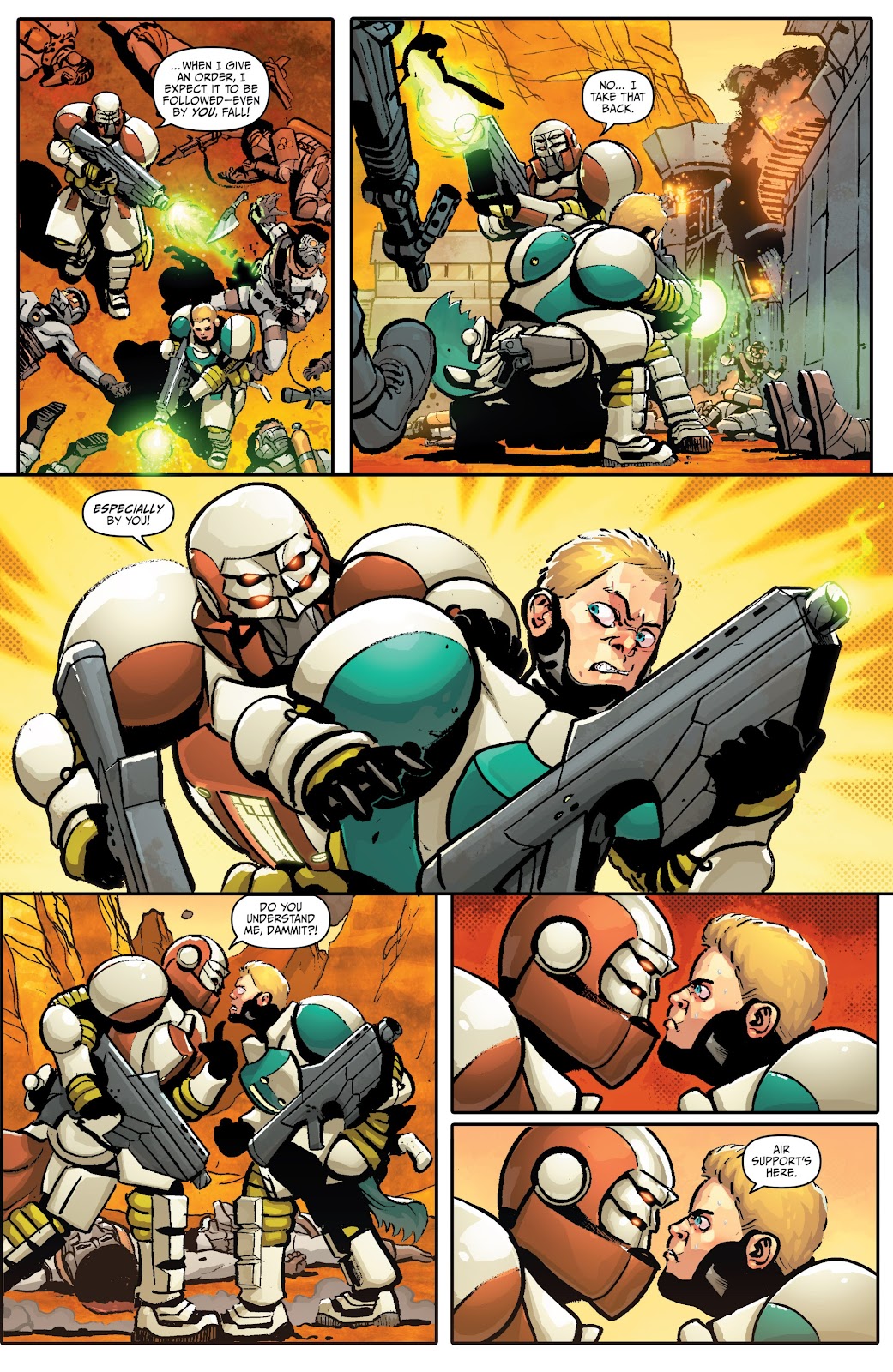 Tom Waltz sets up a complicated backstory for the activities of Marcus Fall, a lost solider in an interplanetary war. He serves the Merkonian army battling the people of Krovin. False religious grounds have been contrived to mobilise the forces and justify the attack, while clerics have considerable powers of command even when confronting high-ranking military men. We gradually learn the circumstances that keep Marcus in the field, and either brave or reckless depending on whose assessment is taken into account. He’s signed up for a second tour of duty in what’s a bloody and violent campaign, now serving beneath his former friend, while both are overseen by a military cleric Marcus knew when they were younger. At the point we first meet Marcus he may not be exactly suicidal, but neither does he place any great value on his own life.

An early creative decision simplifies the art by having everyone look human, while the alien aspects manifest in the armour and clothing. Casey Maloney’s excellent design sheets are supplied after the story, although don’t explain the anomaly of helmets with two sets of eyes, which look good, but seemingly serve no practical purpose. Maloney’s drawing of Fall’s eyes is also strange, sometimes madly staring, but he’s an artist who puts the effort in overall, supplying the locations and the danger, often from distance.

This is an anti-war polemic, backed up by quotes on the topic separating the chapters, but there’s also enough plot to keep the message in the background rather than hammering it home. There’s a poignant reason for the title beyond the obvious, and while the general redemption arc is predictable, there are enough surprises within that to make The Last Fall a readable mash-up of SF and war.