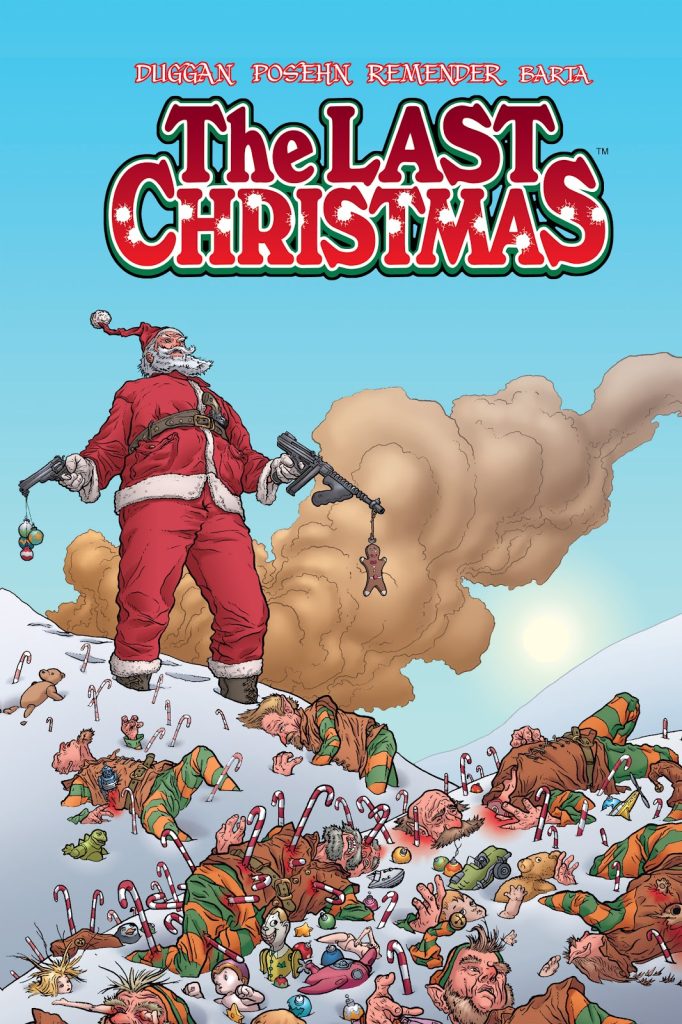 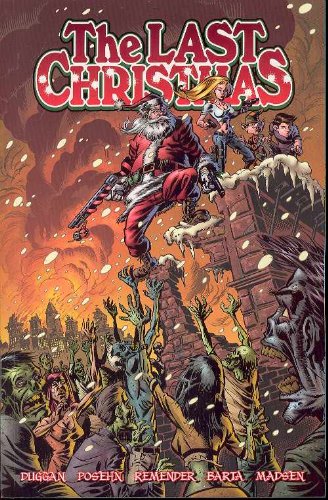 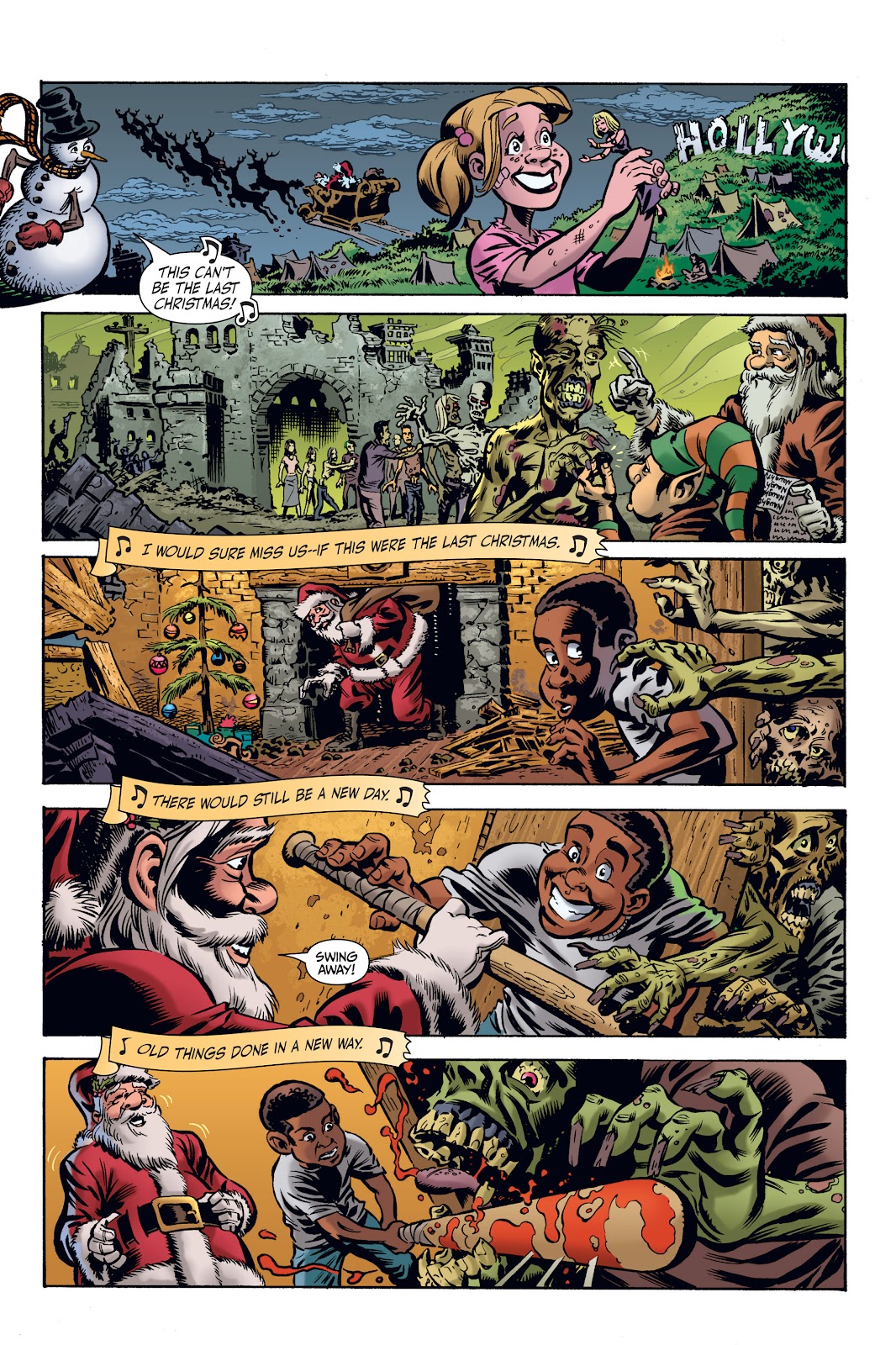 If the cover isn’t adequate indication of what lurks within The Last Christmas, noting that the writing team of Gerry Duggan and Brian Posehn would subsequently work on Deadpool should seal the deal. It’s in appalling taste, but also very funny, so anyone who might go a little wibbly at the thought of Santa trying to top himself would be better off with a more traditional Christmas-themed graphic novel.

The Last Christmas deals with the world as contained in a handbasket currently residing in Hell. We didn’t take notice of the warnings, and now humanity is overrun with armed thugs and zombies, some of whom invade Santa’s Lapland hideaway and cause havoc. It sends Santa into a depression, but as long as there are good children who believe in him, he can’t die, so that suicide option’s not on the agenda, despite some good tries. However, if the elves can just gather a few virtuous people around Santa, perhaps things will work out.

Duggan and Posehn take everything revered about Christmas and give it a perverse twist, making good on the cover’s promise. Taking equal blame is Rick Remender, picking up his pencils again. Because Remender is now far better known as a writer it may have been forgotten that he’s also a decent artist. He delivers the gore, horror and violence with gleeful intensity, given a cartoon polish by Hilary Barta’s inking. Revised weaponised versions of Santa’s sleigh, drooling zombies and Santa in brutal two-fisted action are festively supplied.

Plenty of process pages are supplied to those far sighted enough to reach the end, and there’s an introduction from Mrs Claus her very self. She may not be the genuine article.