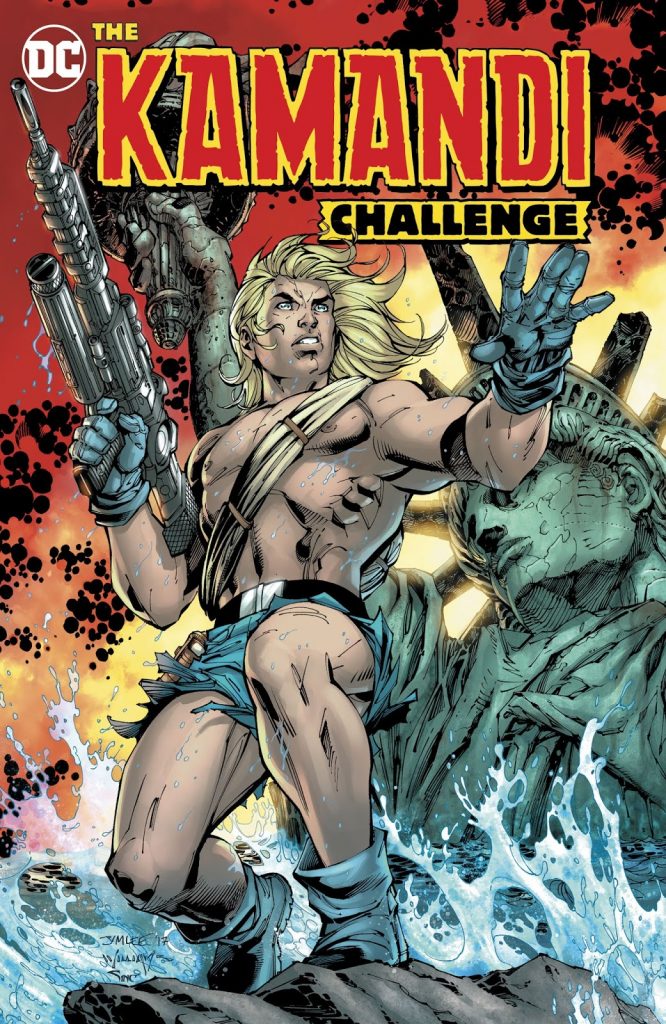 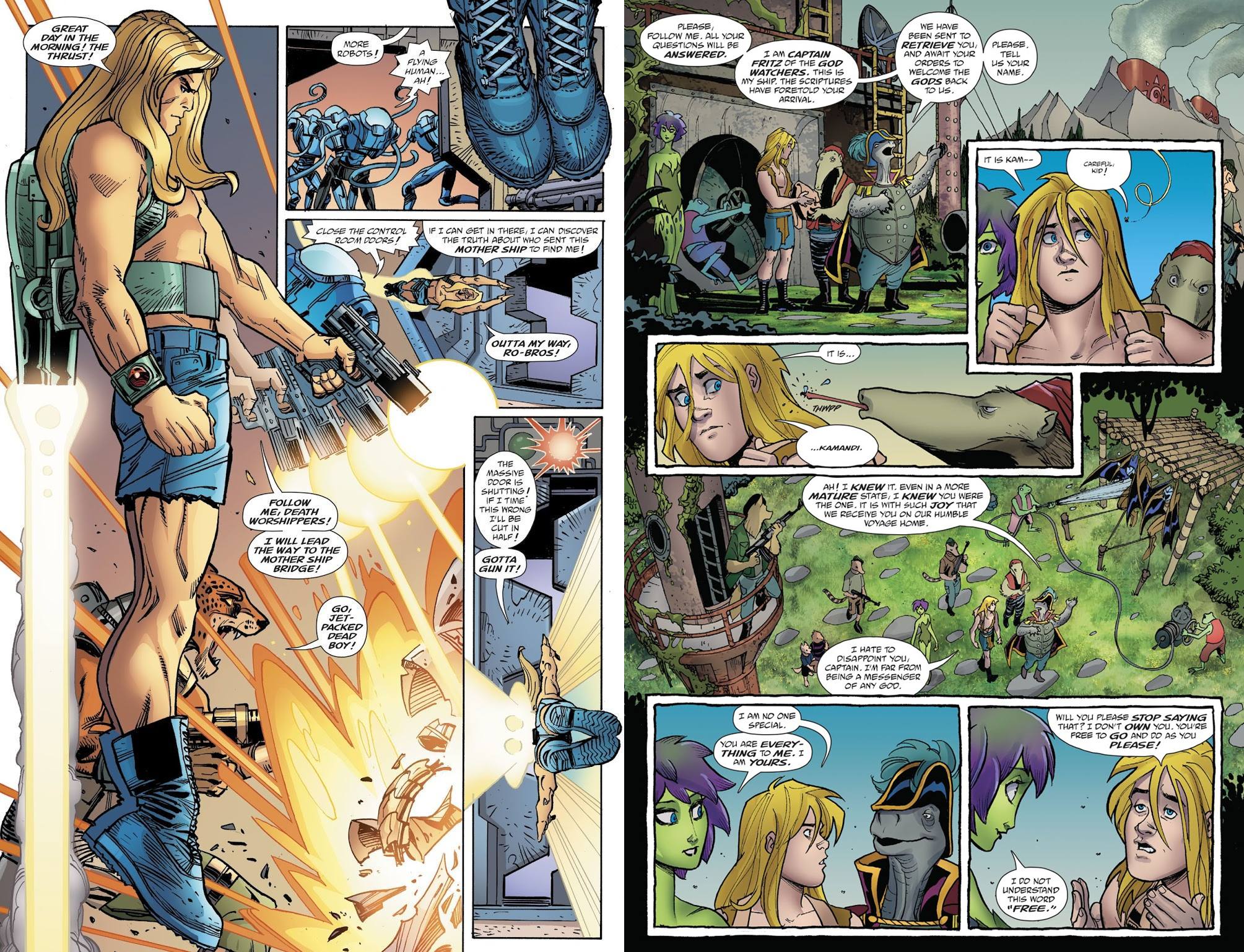 To celebrate what would have been Jack Kirby’s hundredth birthday DC let a dozen creative teams loose on one of his most self-contained worlds, the post-apocalyptic era of Kamandi. After the Great Disaster intelligent animals predominate and humans are enslaved, with Kamandi an anomaly as a human able to think and communicate. Each creative team supplies a single chapter ending with a cliffhanger, to be resolved and continued by the subsequent creators, with each pairing allocated an area of Kamandi’s world to explore.

Dan DiDio and Keith Giffen begin with a reawakening for Kamandi, in effect restarting his story rather than expecting readers to be familiar with a series from the 1970s. It’s the right thing to do, sets a level of confusion, and it’s nice to see Giffen returning to the Kirbyesque style he’d dropped decades before. They leave Kamandi in an arena to fight for his life against a giant ape, which is where Dan Abnett and Dale Eaglesham continue.

Nearly all writers are true to a world where assorted species are at constant war with each other, although they pick up on different aspects of Kirby’s creative vision. Jimmy Palmiotti, Steve Orlando and Tom King are conceptually strong, Giffen and Steve Rude produce an effective Kirby pastiche, Bill Willingham gets to Kirby’s heart, and others concentrate on expanding one of the many scenarios Kirby introduced in the original series. All routes are valid, and the constantly switching creative teams ensure a frenetic pace as Kamandi is shunted from one location to the next. While Ivan Reis and Jill Thompson’s versions are drawn younger, care is generally taken to ensure Kamandi’s visual consistency between chapters. That doesn’t apply to other characters, though, and while the logical mind rails, it’s not the fallacy it is on regular series where the artist switches midway, as the positive is seeing, for instance, how both Eaglesham and Neal Adams handle the concept of a humanoid jackdaw.

Inevitably some chapters are weaker, and surprisingly, a couple of artists are so caught up in providing the story they forget the spectacle. That doesn’t apply to Shane Davis, whose spread of attacking sharks is something Kirby would surely have admired, supplied for one of those weaker chapters. The sample art is the work of Walter Simonson, whose re-imagining of Kirby characters has been consistently great, and Amanda Conner, a spectacular artist whose cartoon interpretation of Kamandi is likely to be polarising. Everyone will have their favourite chapter, but the combination of Rob Williams with Simonson stands out, incredibly upping an already amazing pace and strongly influenced by Kirby’s work while providing something new besides.

Given one of the series rules was each chapter ending on a cliffhanger, it’s a nice touch that once it’s been resolved by a different writer, the person who conceived it provides an essay about how they would have sorted out an escape. Does it thrill until the end? Almost. Gail Simone, whose chapter is generally good, leaves an ending that just invites the overly sentimental, and Paul Levitz doesn’t avoid the trap, taking what was a charming first chapter cameo and bloating it, although his script is beautifully drawn by José Luis García-López.

Kamandi Challenge isn’t the intended masterpiece, but it’s well-intentioned fun all the way through, with some spectacular moments. For those who remember, it’s considerably better than DC’s last attempt at a twelve chapter creative round-robin in the 1980s.