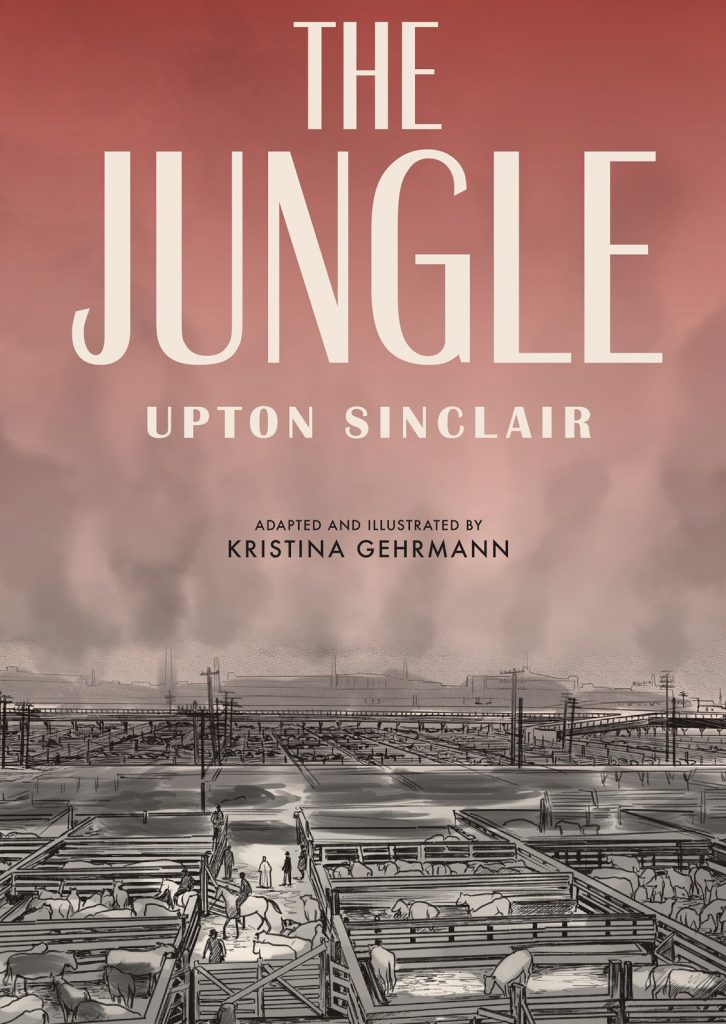 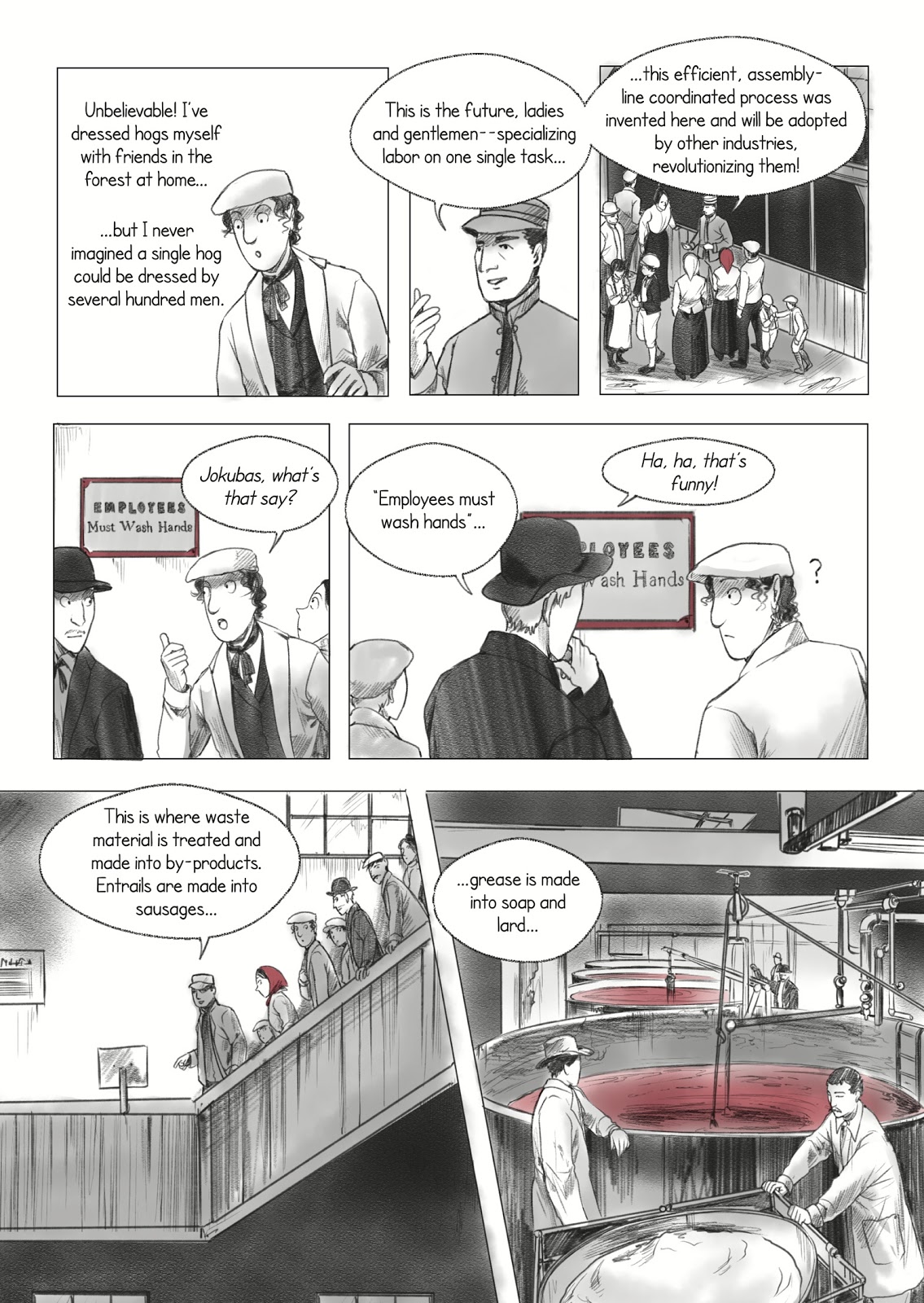 There can be few novels where a direct line leads from passionate writing to government legislation, but Upton Sinclair’s The Jungle is one. An avowed socialist, Sinclair intended to expose worker exploitation in the meat processing industry in the early 20th century, and novelised what he saw. The greater public outcry, though, concerned his descriptions of what went into the meat products, which resulted in the introduction of plant inspections. Sinclair subsequently denounced the public cost.

Kristina Gehrmann’s not the first to produce a graphic novel adaptation, and has a lot to live up to as Peter Kuper’s version may have been considerably abbreviated, but what remained was quality.

We’re introduced to a family of Lithuanian immigrants to the USA in 1899, travelling onward to Chicago, hoping for a better life than they could expect at home. In the novel what awaits them is horrific, but here everything looks sanitised as Gehrmann never convinces with the sheer squalor. Scenes introducing the Durham meat processing plant may not appeal to vegetarians, but they’re ineffective as gruesome depictions. Gehrmann faces the same disadvantage as Sinclair in being unable to transmit the noise and smells, but has the advantage of being able to draw what he described, yet does so too cleanly. There’s little difference between the illustrations of the meat plant interior and a subsequent scene featuring what’s supposed to be desirable housing for immigrants. Spot-highlighting any meat and blood in red while almost all the remaining art is black and white is an effective technique, though, and Gehrmann’s interpretation of the later emotional turmoil does transmit.

At the start Jurgis Rudkus has faith that because he’s young, hard working and fit he has no need of union membership, because he’ll be valued by the company bosses and treated well. However, while not affecting him initially, it’s not long before he hears stories about how things actually work, and in order to make ends meet the entire family has to work, irrespective of age or health. Sinclair chronicles how factory owners exploit their staff in what’s a heavily weighted one-sided relationship, and Rudkus and his family are constantly beset by extra expenses when they can barely scrape a living as it is. That’s before swindling, with pay-offs, workers routinely paid for less work than they’ve carried out, or women paid less than men for the same task, and when someone falls ill there is no sick pay or time to recover as plenty of others need work.

While not as visually effective as it might be in places, Gehrmann transmits Sinclair’s anger elsewhere, but considering she has almost 400 pages at her disposal it’s disappointing that so much of Sinclair’s plot is completely dismissed toward the end. Some changes make little difference, but others almost subvert Sinclair’s intent in dropping Rudkus to rock bottom, especially a character who dies in the novel surviving here. It’s too sentimental.

A greatly depressing aspect of The Jungle is how it’s still relevant well over a century after publication. In the USA legislation has curbed the worst of the practices described, but it’s far easier to turn a blind eye when they’re taking place abroad. The Jungle is still an instructive lesson about the consequences of little state regulation, but this adaptation fails to do it justice. 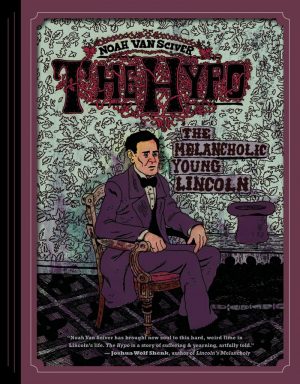