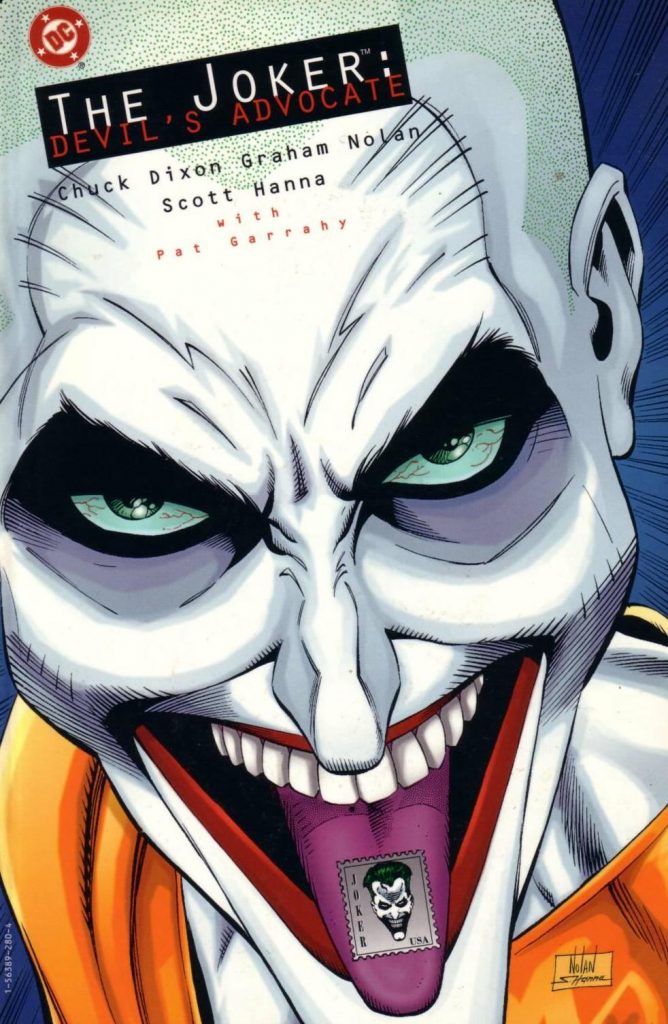 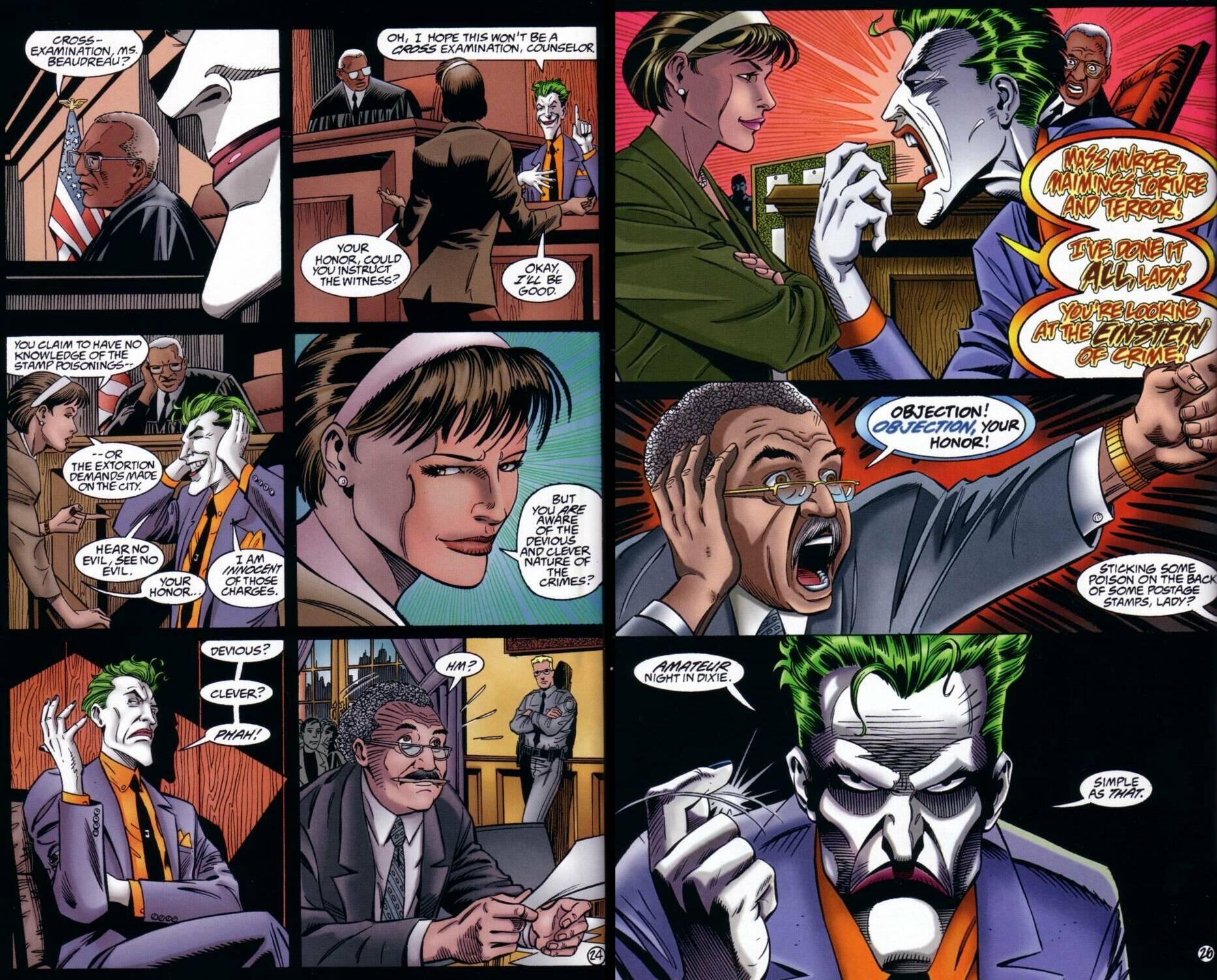 When the US Post Office issues a series of commemorative stamps of the nation’s greatest ever comedians it doesn’t feature the Joker, which sets him off on a murderous rampage. At the same time people start dying when they lick one of the special stamps. Batman and Robin capture the Joker easily enough, although not before he’s murdered several people, and his trial is expedited. The difference this time is that he’s declared fit to stand trial, which is allied to the mystery of just how guilty the Joker is overall. The Joker might be captured, but Gotham is still receiving extortion notes regarding the fatal stamps, so Batman’s investigation is doubled.

It’s a novelty to have a plot where Batman is trying to prove the Joker’s innocence, but little else about Devil’s Advocate really strikes a chord. Chuck Dixon’s strength as a writer has always been action plots, but he’s never prioritised defining the cast occupying those plots, and that hurts this story. The Joker is his usual nutso self, which Dixon does carry off, but the intensity calls for Batman to have a lot more feeling than instinct and for others to perhaps question his determination in the face of overwhelming evidence. There’s too little of that, and what there is occurs in small moments, a nice touch being the reaction of the former Batgirl to the idea of helping the person who crippled her.

Artist Graham Nolan was working with Dixon on Batman comics at the time, and supplies his usual professional job. However, he’s not an artist who tops anyone’s list of favourites, so a mystery beyond the plot is why DC editors in 1996 considered Devil’s Advocate worthy of standalone hardcover publication rather than a couple of issues among their run on Batman. Dixon includes too many sequences that don’t advance the plot, some not very credible, such as the Joker dealing so easily with a thug who ought to be able to tear him in half, and a semi-payoff concerning the stamps may be poetic, but it’s not believable. The eventual conclusion isn’t ground-shaking either.

The Devil’s Advocate is of its era, and best left there unless you’ve exhausted all other Joker appearances since 1990.