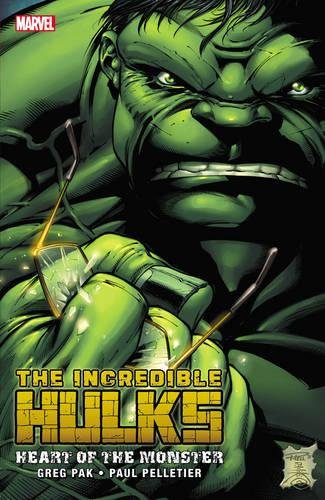 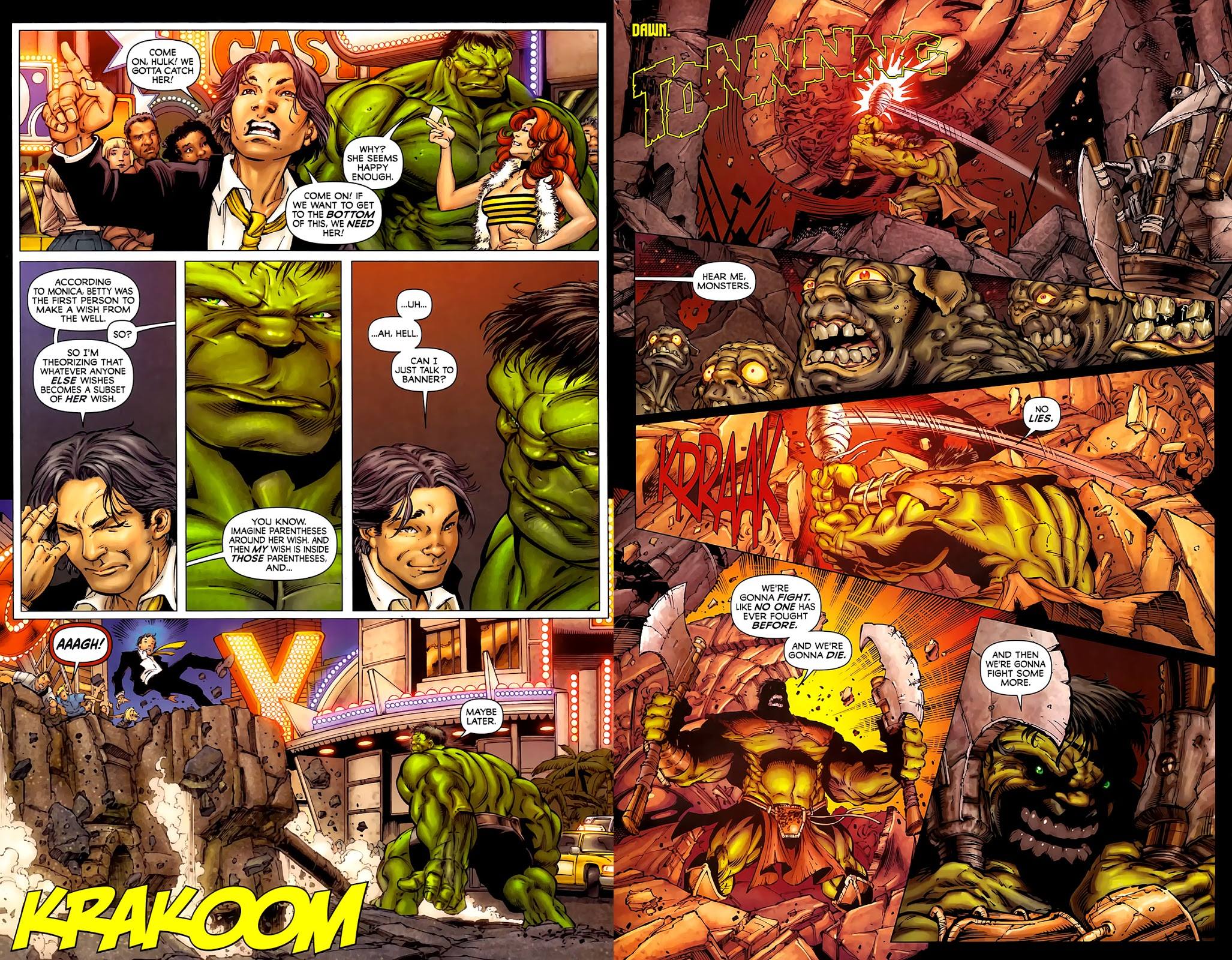 Greg Pak’s final story continues where Planet Savage left off. Betty Banner, endangered by her transformation into the Red She-Hulk, has chosen to remain with subterranean tyrant Tyrannus. He’s lived since Roman times via access to the Fountain of Youth, except that’s not what it is at all.

Because Greg Pak has been slightly off form over the past couple of Incredible Hulks volumes it’s easy to make the mistake of assuming that’s the case again, especially as the technique used to manifest several of the Hulk’s most powerful villains is contrived. However, as Heart of the Monster continues, so does that theme, and the result is wild card unpredictability with several characters able to reformat reality to a degree only limited by their imaginations. It makes for a constantly shifting dynamic according to who’s in control at any particular moment.

Paul Pelletier’s previous Hulk artwork was a combination of grace and power, but it’s the latter that dominates here, represented by his fantastic cover to this volume. However, compared with his earlier work many pages look rushed. This is partly down to the varying quality of Danny Miki’s inking from halfway. Having noted that, the Hulk is pitted against foes whose power equals his, and at his best Pelletier really nails the effect, with the Hulk almost punching people off the page.

Pak builds on this to raise the stakes chapter by chapter as Amadeus Cho gathers people who may be able to help the Hulk, and he brings a nice sardonic touch to Cho. “I guess I’m mistaken”, he notes on being confronted by Fin Fang Foom, “and this dragon isn’t glowing green with bajillions of megatons of gamma power surging through his evil, alien body”. Cho, at least we can trust, and the villains we can trust to do the worst by Earth, whereas the motivation of those in the middle is what sustains the tension. Pak addresses what the title suggests, this consistent with his assessment of the Bruce Banner/Hulk persona since Son of Banner, so no real surprise to anyone other than those believing Pak intended some switch or revision.

It’s an appropriate ending to a run that began well for Pak, but became inconsistent. He signs off with a telling epilogue drawn by Tom Grummett and reinforcing his idea of who Bruce Banner and the Hulk are. He puts the toys back in the box and leaves the field clear for Jason Aaron to guide the Hulk’s destiny, beginning with plain Vol. 1. 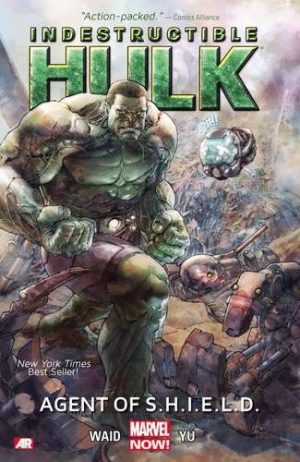