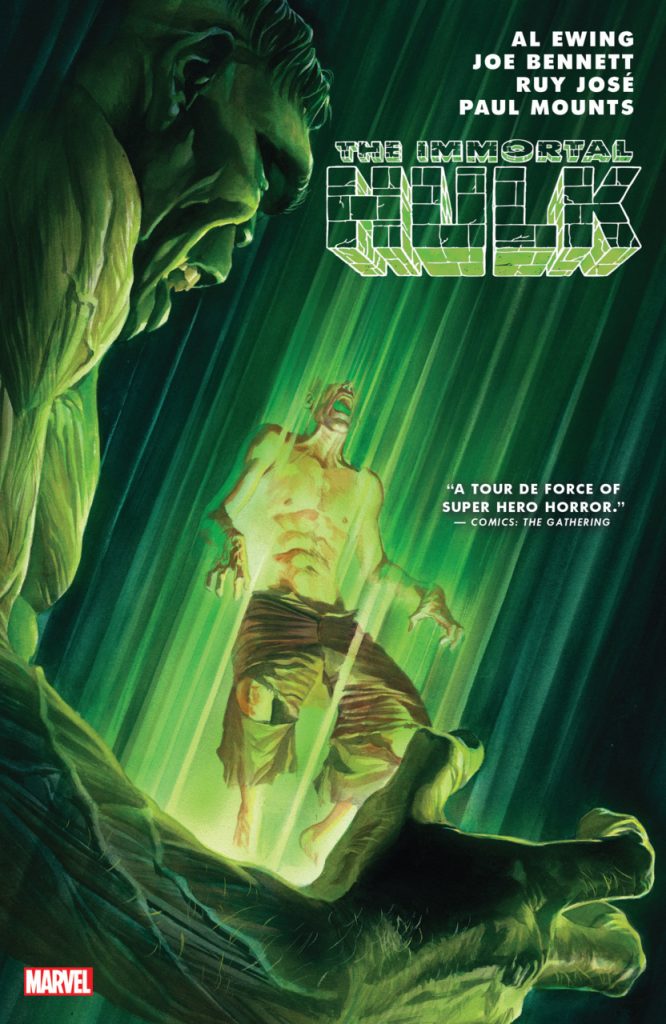 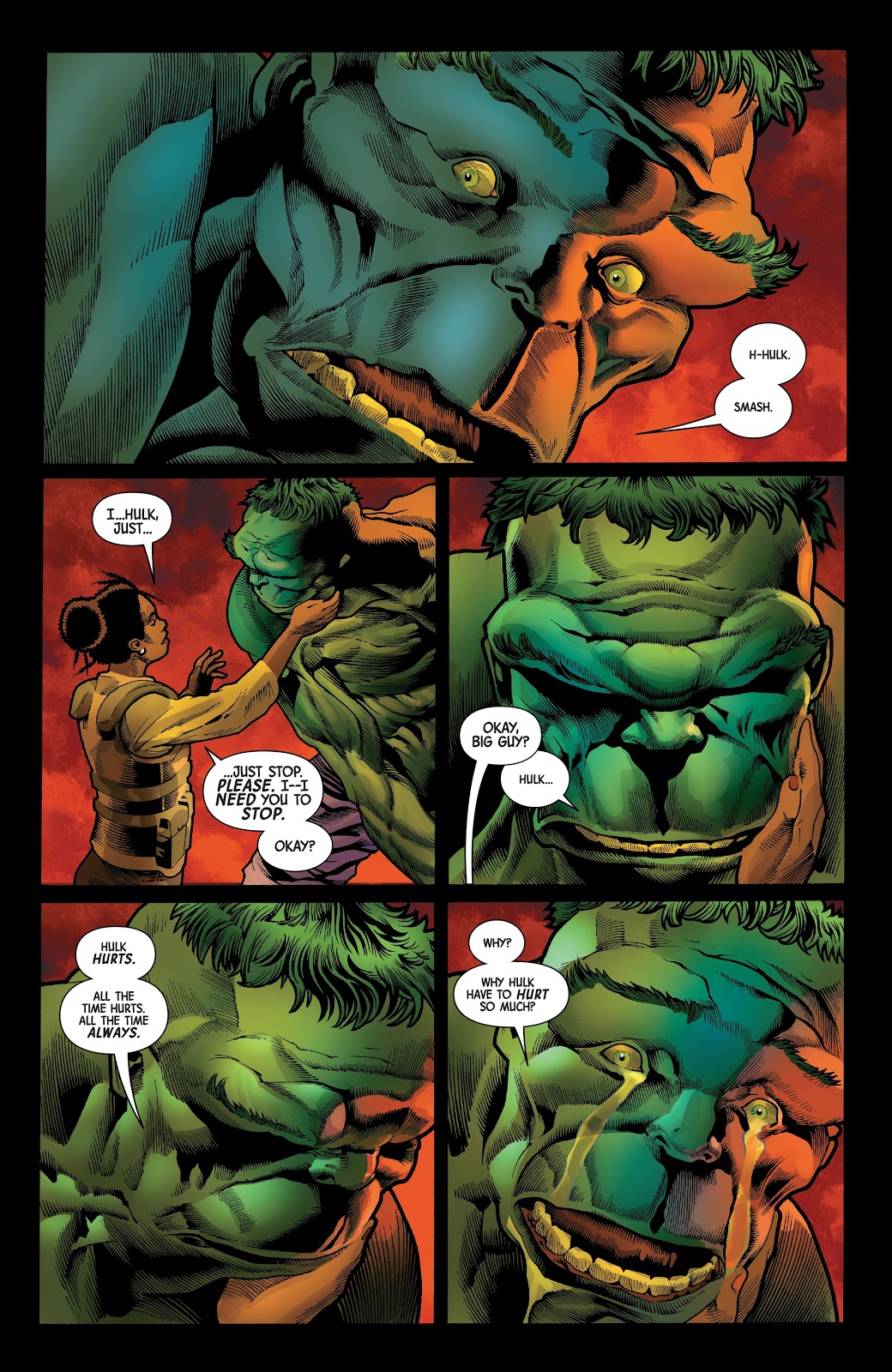 It was already apparent in earlier stories that Al Ewing intended something more for his Immortal Hulk series than just another bout of “Hulk smash”, and he cleverly introduced a new aspect to the Hulk’s already formidable power set in Volume 1, reflecting the series title. He takes his deliberations further in the opening chapters with journalist Jacqueline McKee accompanying the Hulk through Hell, and their conversation broadens into areas of social concern, while conversations with others hint at the Hulk’s ultimate purpose. One concerns exactly what constitutes an act of God.

Re-reading Ewing’s work in this hardcover format with knowledge of what’s coming reveals just how far ahead Ewing is considering his path. He started with the focus small, and by the end of this collection has widened the circle to encompass almost every significant supporting character that’s ever featured in a Hulk series, with special reference to anyone who’s been affected and altered by gamma radiation. His version of Betty Banner is terrifying. He’s also settled on Dissociative Identity Disorder applying to the Hulk, and accounting for the various personalities he’s had over the years, another of which is reintroduced here. By way of explanation, there’s a chapter dedicated to explaining the convoluted back story of those gamma radiation has changed.

If that all makes Immortal Hulk sound too dry, it’s not. Ewing incorporates everything we want from a Hulk story along with his new deliberations, although that’s over the course of the book, not in every story. Part of his approach is influenced by the late 1970s Hulk TV show, in which a fugitive Banner wandered from town to town. Reflecting that, primary artist Joe Bennett is very good at switching from what we’d consider normal to the distortions and anger of the Hulk and back again, as shown on the sample art. Among his innovation is showing us the moment of transformation between Banner and Hulk, a disturbing rendition. Guest artists Eric Nguyen and Kyle Hotz are more sympathetically incorporated than those used on Volume 1, although Hotz’s talent for wild exaggeration is considerably contained.

The second half of this collection concentrates more on the people wanting to capture the Hulk, Thunderbolt Ross no longer in charge, but the single-minded General Fortean, who’ll come into his own during Volume 3’s content. It tones down on the philosophical considerations to provide a thrilling superhero outing with a hefty side dish of horror, which is a frequent accompaniment.

The Immortal Hulk is a consistently intelligent and surprising series, and while you could opt for the cheaper option of paperbacks Hulk in Hell and Abomination, this is a series good enough to actually deserve a hardback place on your shelf. If money’s no object, these stories are also split over the first Immortal Hulk Omnibus and the second.