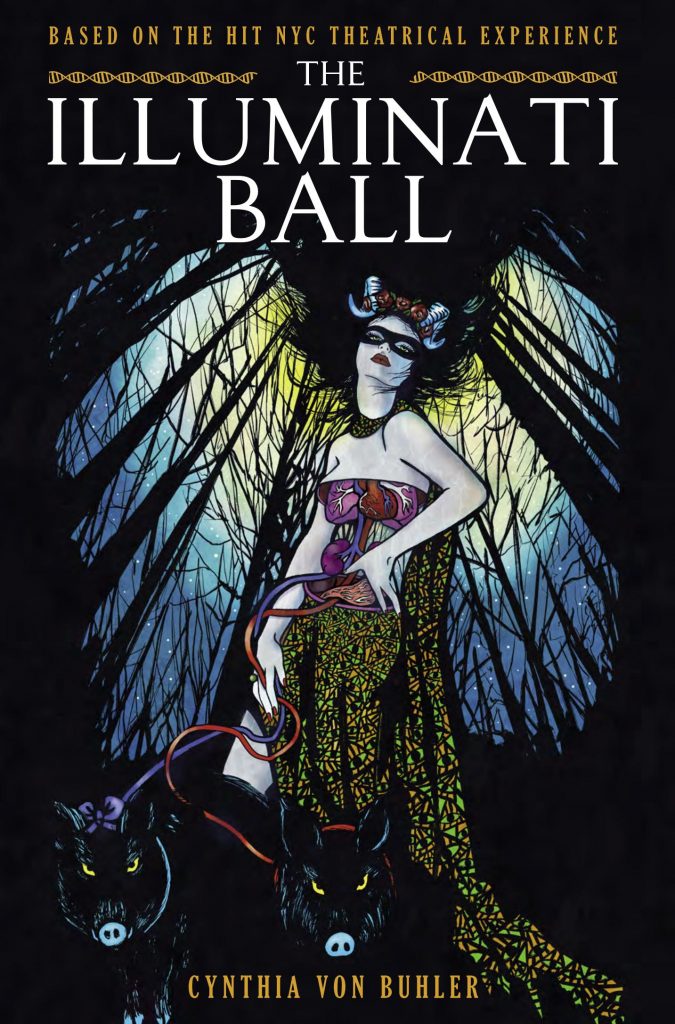 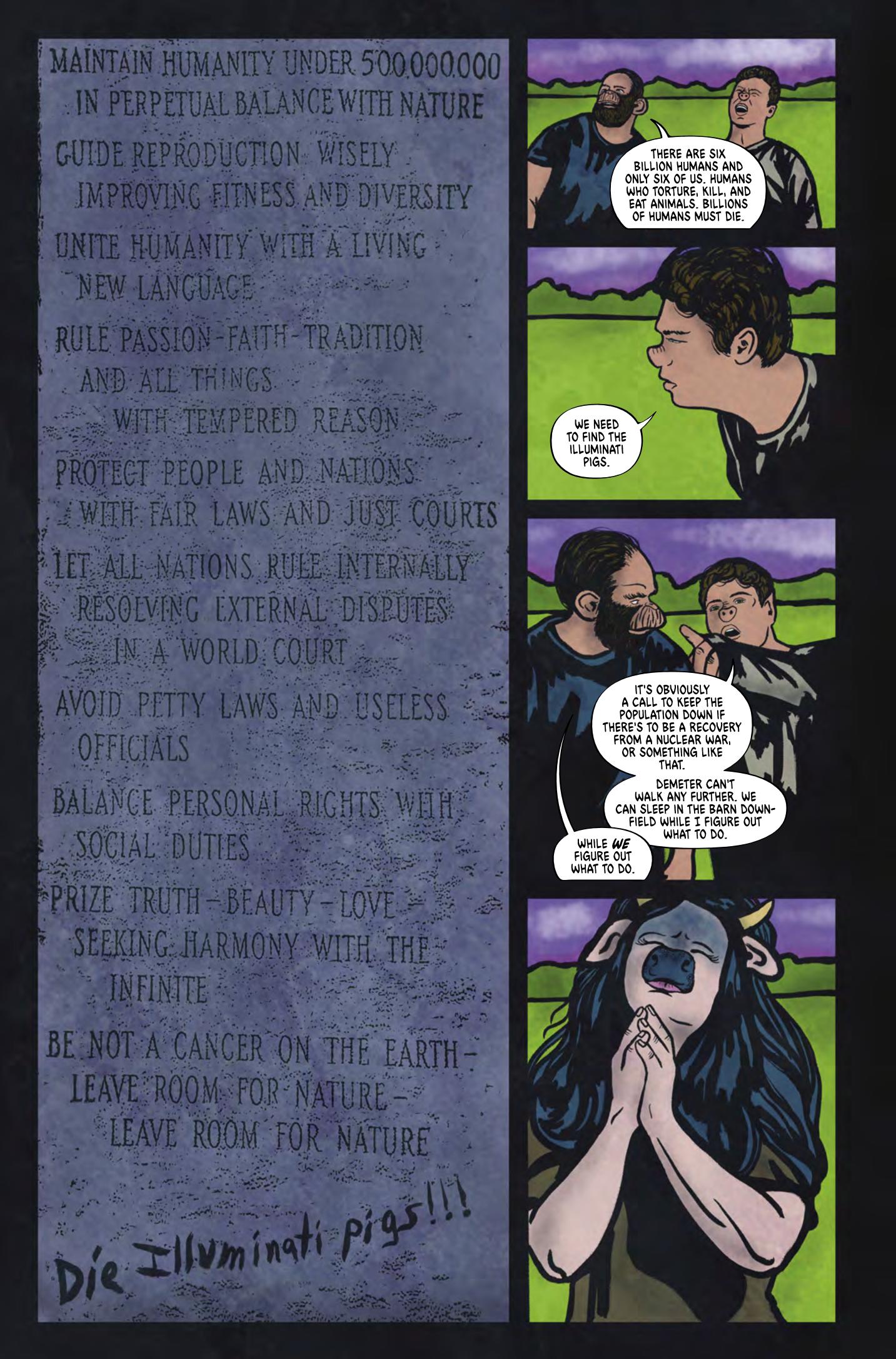 The Illuminati Ball was a live art performance and experience held in New York between 2016 and 2018. The stage show combined guilty secrets and a call to action based around the Illuminati, so beloved by conspiracy theorists as the secret society that make all meaningful decisions that governments implement. Another inspiration was a surrealist masked ball held by Baron de Rothschild in Paris. Artist and performance artist Cynthia von Buhler was involved in the New York event, and she constructed this graphic novel around the experience.

It’s not straightforward, that’s for sure. Five people are invited to attend to the Illuminati Ball, given $50,000 dollars for their time, and expected to complete a revelatory questionnaire. They’re led into an immersive world of paranoia, eugenics and ancient mythology, and von Buhler’s adaptation successfully blurs the lines between fact and fiction. Is Rothschild’s alleged 1972 ball an elaborately planted construct to enable the 2106 performances? It’s referenced here, and we first see elements of the ball, before the curtain is pulled back to reveal how it was staged and for what purpose. Von Buhler is scathing about animal research and modern science running out of control, exaggerating stem cell experimentation for her purposes. This is combined with provocative sexuality and the guests dining between interactions. It forms a rich, but not entirely accessible brew.

Von Buhler’s art is interesting, deliberately posed figures either in or out of ornately designed costumes and bright colours applied within thick ink lines. The entire effect isn’t far removed from seeing a succession of stained glass panels. It’s joyously created, and perfectly suits the cultivated atmosphere of distrust and revelation.

Beyond the warnings, not much about The Illuminati Ball makes sense, and this is deliberate, an exploitation of the Illuminati myths. Perhaps a graphic novel woven around an immersive happening could never generate anything but confusion, but there are moments of genuine heartbreak, passion and sorrow, just not a cohesive whole. However, any curious person will find themselves mulling over some scenes for days after reading. 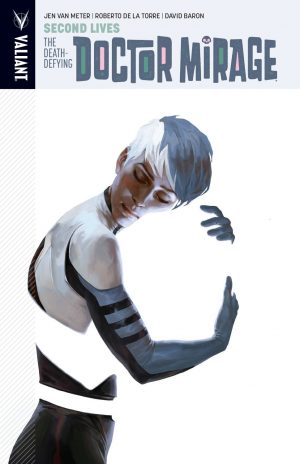 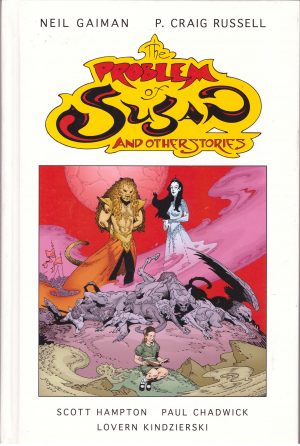