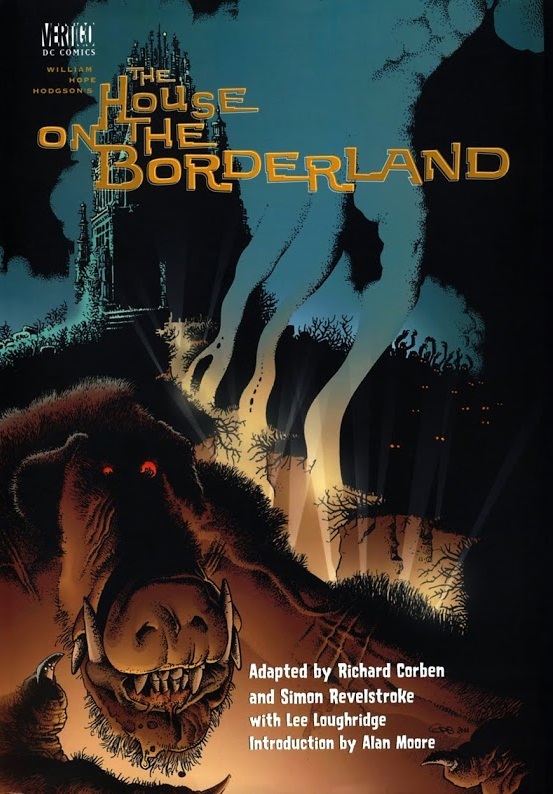 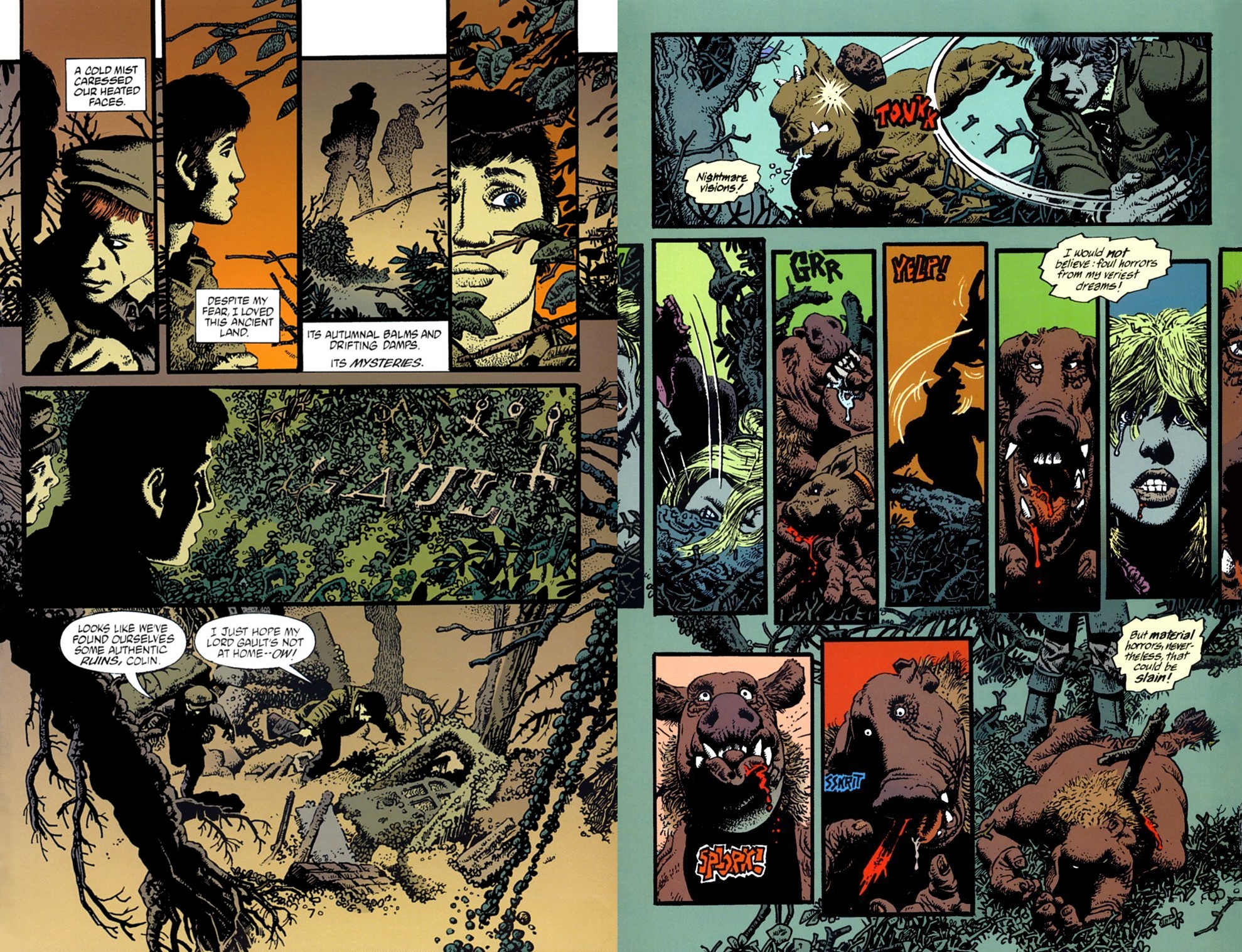 While it can be placed solidly alongside the earlier gothic horror of the far better known Edgar Allan Poe and influenced the later H. P. Lovecraft, William Hope Hodgson’s work hasn’t survived with the same reputation. Alan Moore’s introductory view considers this unjust, extolling Hodgson’s imagination, and his delving into the subconscious for his horror. It sets the table for Simon Revelstroke and Richard Corben’s adaptation very nicely indeed.

Moore’s introduction is based on the original novel and his admiration for Corben as a creative force, but he hadn’t read the adaptation for which he provided his contextualising piece. Would he have been as effusive about the actual graphic novel? While transforming something from one art form to another requires changes, so many of those made by Revelstroke and Corben are puzzling. The minor alterations of changing names to more ordinary accommodations, and updating the present day events to 1952 serve no purpose, but it’s the more substantial elements that anyone familiar with the novel is more likely to find objectionable. Nearly all the fantasy elements have been excised to leave a gothic horror story, and because Corben enjoys drawing naked women a scene of incestuous seduction has been extrapolated. Enforced action scenes are perhaps a more reasonable expectation for a graphic novel.

There is a massive caveat concerning the The House on the Borderland, though. Anyone with no inkling of Hodgson’s work will discover a supernatural story featuring fearsome beasts, a warning from the past and an enigmatic, reflective ending, all of it well poised and atmospheric. It’s initially heavy on foreboding, the anticipation of what’s to come stirred by foreshadowing language, mentioning half-glimpsed horrors amid rapidly changing weather, but the tease is brief and the horrors emerge. The plot seems very much picked and mixed to what Corben wanted to draw, and his imaginings are immense. He uses colour like no other artist, muted forms breaking into brightness, and the pig beings who are the manifestations of something much worse are primal and disturbing, yet a step away from the usual horror beasts. It’s tempting to see them as an allegory of man’s primal nature emerging from within, and if so Corben’s manifestation of man’s inner evil is every iota as terrifying as intended. He also excels with the house itself, a crumbling baroque confusion adorned with all manner of disturbing statuary, yet relatively plain within, and as such perhaps another allegorical statement.

If not considering fidelity essential, this is prime Corben matched with material playing to his strengths, but Hodgson’s fans are not likely to look as kindly on the adaptation.