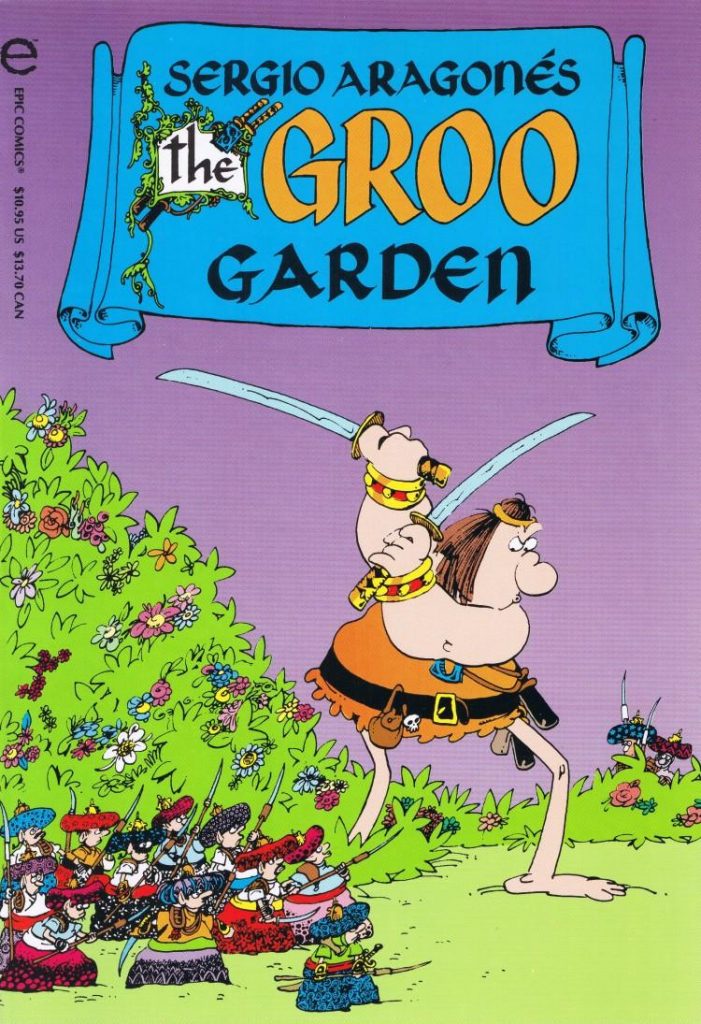 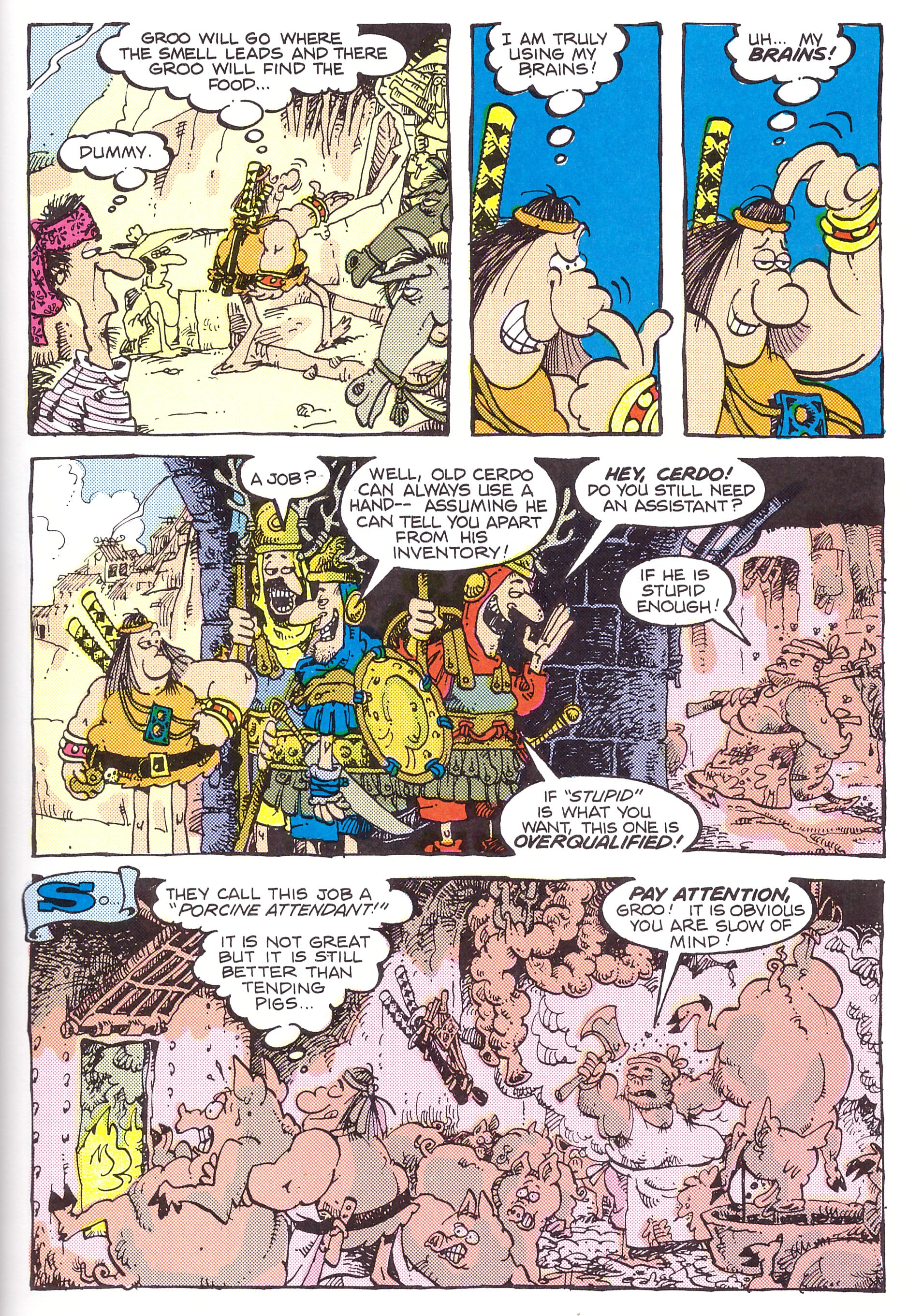 Rather strangely, co-writer Mark Evanier’s afterword notes he can’t remember much about these four Groo stories, even mentioning his favourite is a story that appeared in the previous Groo Festival. It’s perhaps an indication that they don’t number among the best of Groo. Of course, since the worst of Groo is better than a considerable number of what claim to be comedy comics the benchmark is set high.

By this time Sergio Aragonés and Evanier have introduced most of Groo’s major supporting characters with one glaring exception, the reason the next volume’s titled The Groo Houndbook, and perhaps there’s an expectation of what they bring. The bandit Taranto will forever assure Groo they are not enemies, then exploit him. Despite his intelligence and previous experience, the Sage will underestimate Groo’s ability to make a bad situation worse, or to snatch defeat from the jaws of victory. Witches Arba and Dacarba always make the mistake of thinking they can manipulate Groo. Actually, they can, very easily, but it never works out well for them. And so it is in these stories, which are all finely plotted farces with wonderfully detailed and expressive cartooning, but without ever striking exactly the right note.

Despite including a new repeated joke about Groo being slow of mind, and having twists, the first three stories all have the feeling of using plot standbys, so the best of The Groo Garden is the one Evanier doesn’t mention. In ‘The Gourmet’ a village starves while King eats only the finest food prepared in his own kitchens. Where Groo gets a job. The payoff is obvious, but it’s getting there that’s the fun.

Next time Groo has his first meeting with his greatest friend and ally.