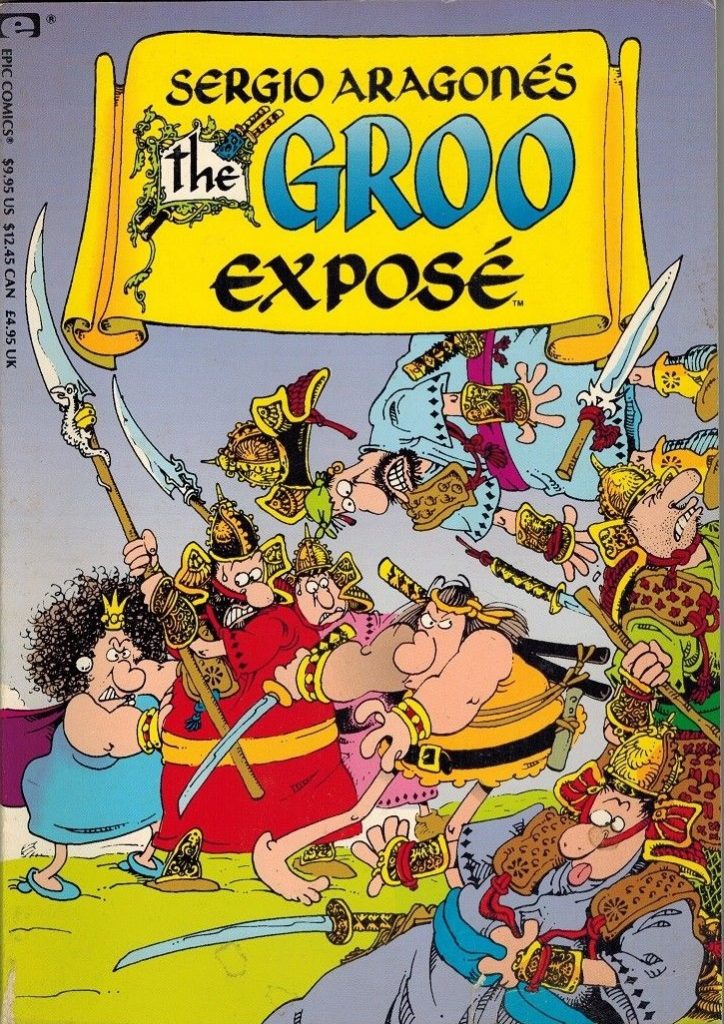 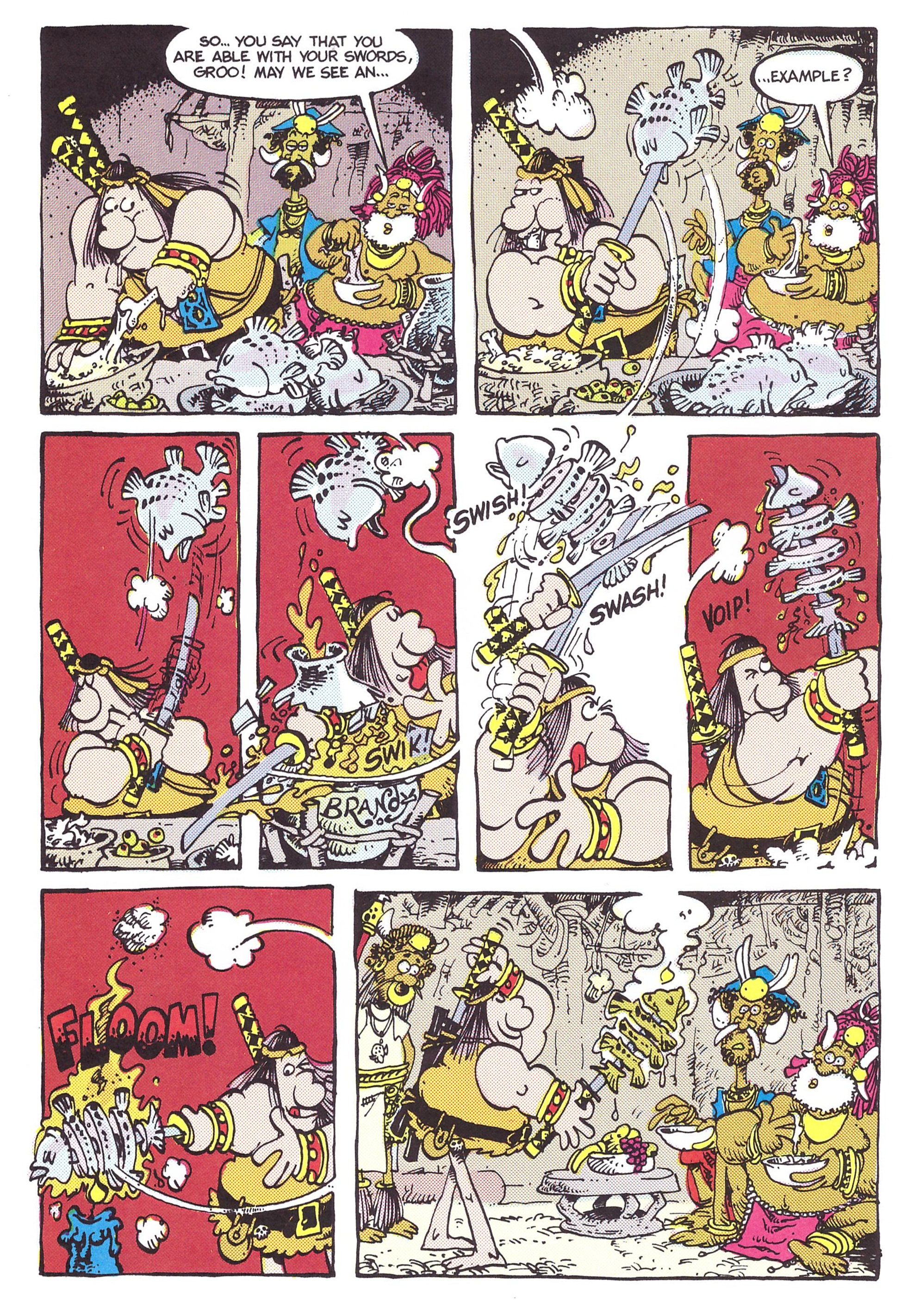 Is stupidity hereditary? Does it run in the family? Does Groo have a family? Can Groo learn to use stilts? All questions you’ve surely pondered during the bliss induced by eating a fried egg roll. Is it possible to eat a fried egg roll in a dignified manner? Groo has a sister, Grooella, whom we meet for the first time in Exposé, and while the other questions aren’t answered definitively, Sergio Aragonés and Mark Evanier at least attempt to grapple with them. That is, apart from the question about the fried egg roll, where an answer might eventually be forthcoming via Deborah Meaden’s £250,000 investment for a 20% share in a perfectly pitched research project on Dragon’s Den.

Grooella is introduced over three chapters, the longest in Groo to this point, although Aragonés and Evanier structure it so that each chapter tells its own complete story. She’s considerably smarter than her brother, and starts as the Queen of her own kingdom, but knowing Groo from childhood she’s extremely reluctant to call on him for help despite her advisers emphasising his combat capabilities. All she can recall is his immense stupidity. Her instincts are correct, and having been unseated from her castle in the opening chapter, the other two are her attempts to recapture it. Is Groo any help? Well, let’s just say he certainly doesn’t lack good intentions. Aragonés stretches this to three chapters by including numerous short interludes from Groo and Grooella’s childhoods, cleverly ensuring each recalls different emotions from the same incident, and in effect running two strips in parallel. The eventual conclusion is never in doubt, and signposted by an escalating series of disasters initiated by Groo.

Evanier’s afterword has a long explanation for the opening story being set in a community whose village is on stilts above the water, surrounded by protective, voraciously hungry fish. As is often the case, a delight of the story is anticipating how Groo will contrive to ruin the ideal situation. It includes the great sample page, and plenty more wonderful cartooning. By now Aragonés has introduced the visual gag of Groo sticking his tongue out in moments of extreme concentration, sometimes accompanied by closing one eye, and opening the other wide if that’s combined with a suspicion not all is well.

The stories are wonderful, the detail is wonderful, and it’s high time these early Groo books were back in print. The Groo Festival is next. 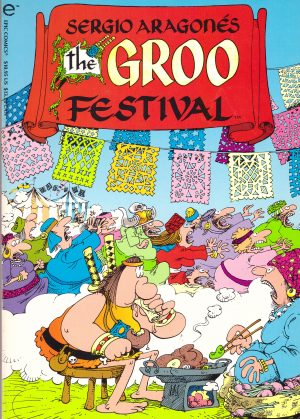