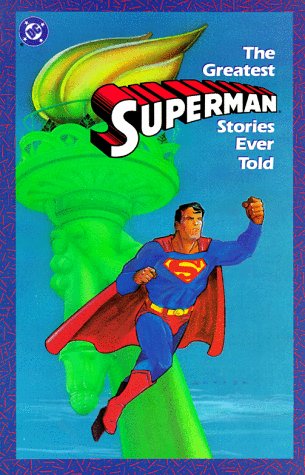 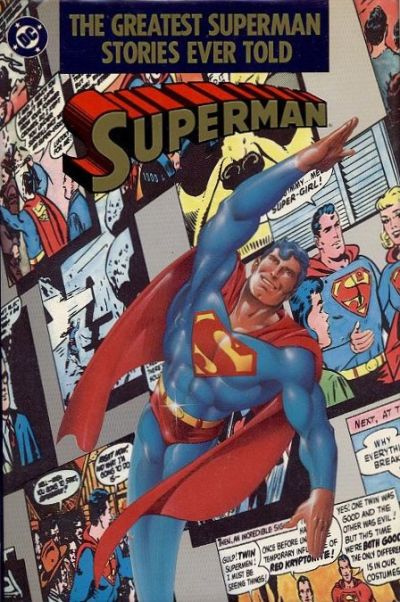 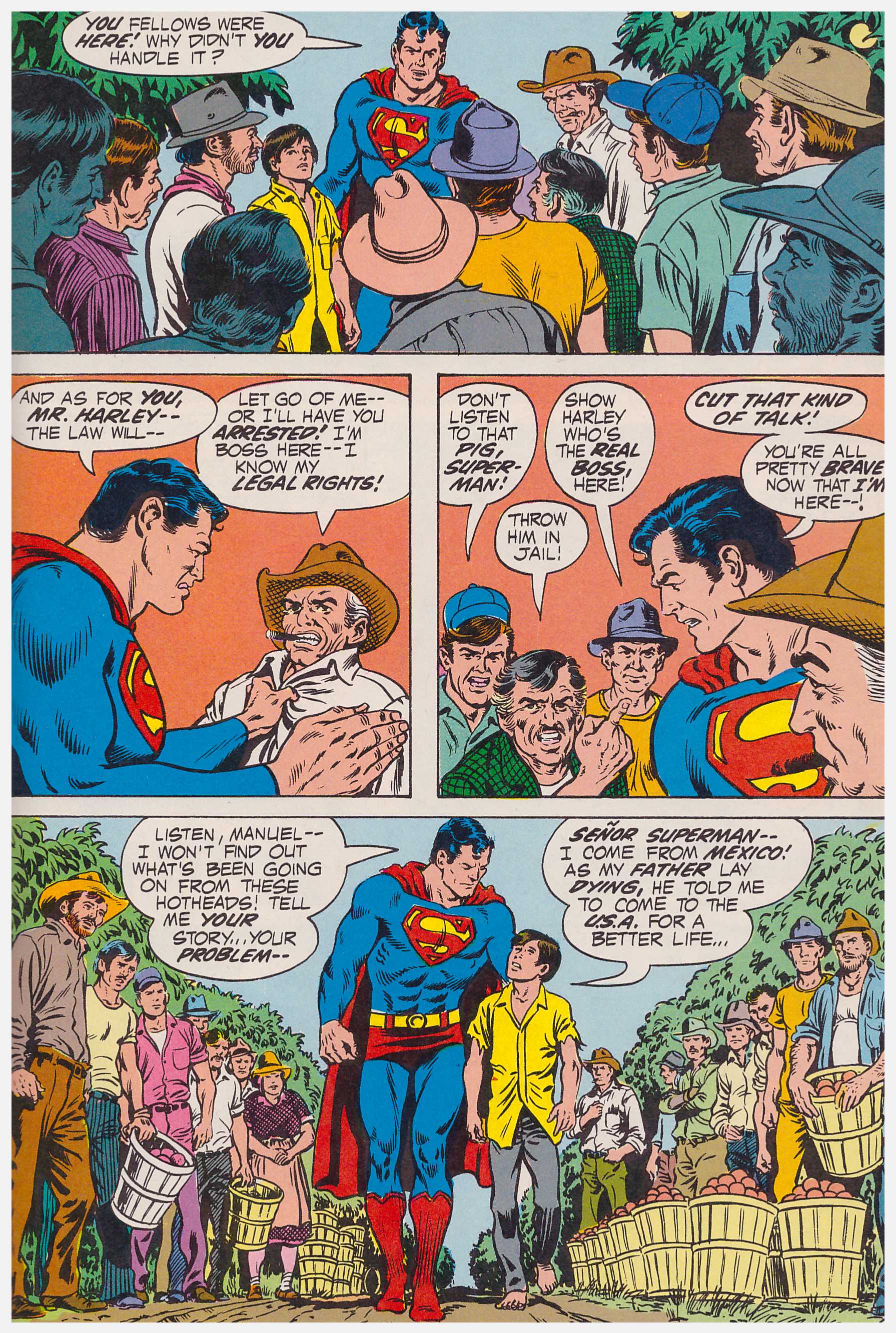 When published in 1987, originally in hardcover, this carefully selected best of Superman celebrating his 50th anniversary was somewhat of a treasure trove in an era when graphic novels were few.

An introduction by Mike Gold contextualises the selection criteria from Superman’s fifty years of publication, explaining why some stories were chosen above others, why some seminal material was omitted (already reprinted several times) and how suggestions from creators were taken into account. John Byrne, who’d just undertaken Superman’s first major creative revamp (represented by the final story) also supplies a lengthy introduction about what Superman means to him and the wider public, while there’s an end piece about omissions by Robert Greenberger. It indicates the level of attention applied to what at the time was presumed to be a once in a lifetime presentation. That care results in what remains an absorbing skim through the history of perhaps the medium’s most important character.

The applied selection criteria results in some odd chronological gaps, incorporating leaps from 1948 to 1958, 1963 to 1970 and 1972 to 1985, but surely only the most curmudgeonly could complain with what’s on offer. These include some genuine surprises, such as Jack Kirby’s take on the character as teamed with the Forever People, although with Superman’s face redrawn by Al Plastino, and the original red-haired Lex Luthor. We also look in on the days when Superman had problems with an assassin using a bow and arrow, Otto Binder’s surprisingly thoughtful meeting of Superboy with Bizarro, and more imagination from Binder looking at how Superman’s life might have been had Krypton not exploded.

Already recognised as worthy of inclusion two years after its original publication was another look at Superman’s fantasy life in ‘For the Man who has Everything’ by Alan Moore and Dave Gibbons. The plot of an alien plant symbiotically affixing itself and engendering idealistic and happy visions in its victim has been used several time since, most recently in Supergirl’s TV show, and still reads very well indeed.

Nine tales originate from the fertile period between 1958 and 1963 when under Mort Weisinger’s editorship the Superman titles produced ever more fantastic stories, prioritising glimpses of Krypton and its cultural achievements in what were labelled ‘imaginary stories’. The most imaginative of them is Binder’s playful mystery titled ‘The Night of March 31st’, in which Superman writes his diary for the day, goes to sleep and awakens to a very different and puzzling world. There’s an editorial error in omitting the solution, but the more sophisticated readers of the 21st century ought to be able to work it out.

Space limitations meant some of the longer-running Superman writers aren’t represented, but most of the essential artists are, starting with co-creator Joe Shuster, and moving through Wayne Boring and Curt Swan (sample art), who between them defined Superman for almost forty years. Boring supplied Superman with a heroic stature, and Swan reeled that back a little, eventually developing a more human character.

In 2006 two volumes of Superman: The Greatest Stories Ever Told were issued, while the current benchmark is Superman: A Celebration of 75 Years. There was a commercial requirement for both to include more recent material that may have been successful, but doesn’t always display the same craftsmanship or quirkly inventive qualities of most of this collection. It therefore stands up very well indeed.