The Goon 1: Nothin’ But Misery 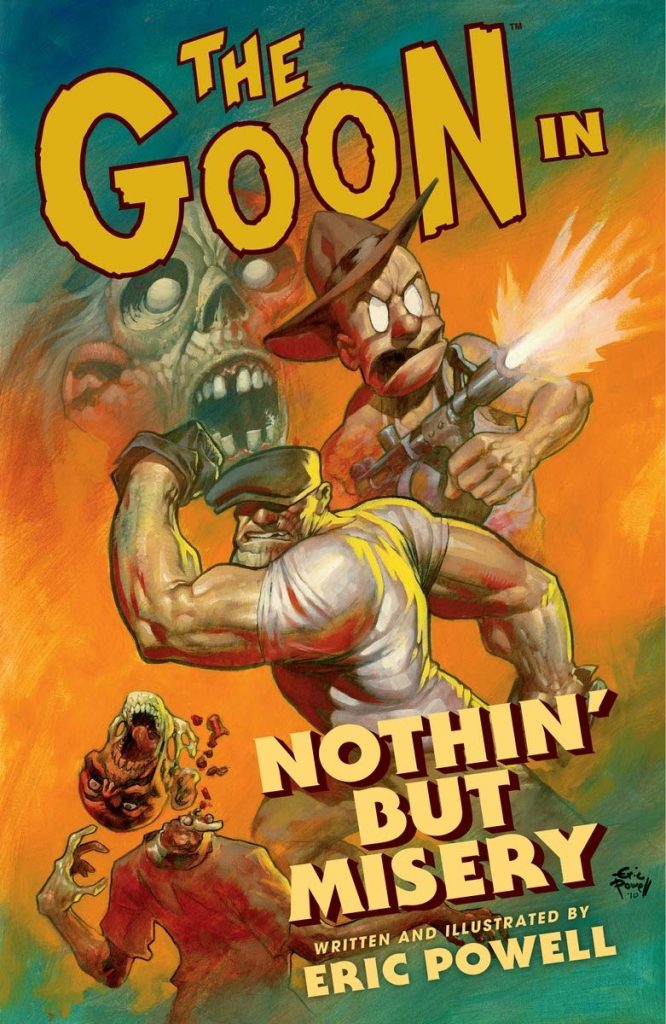 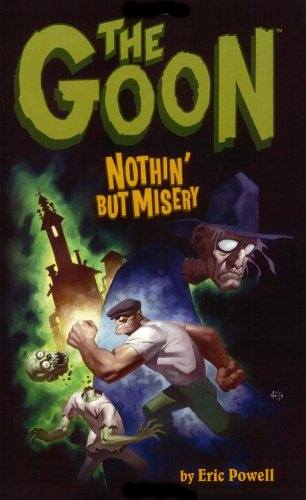 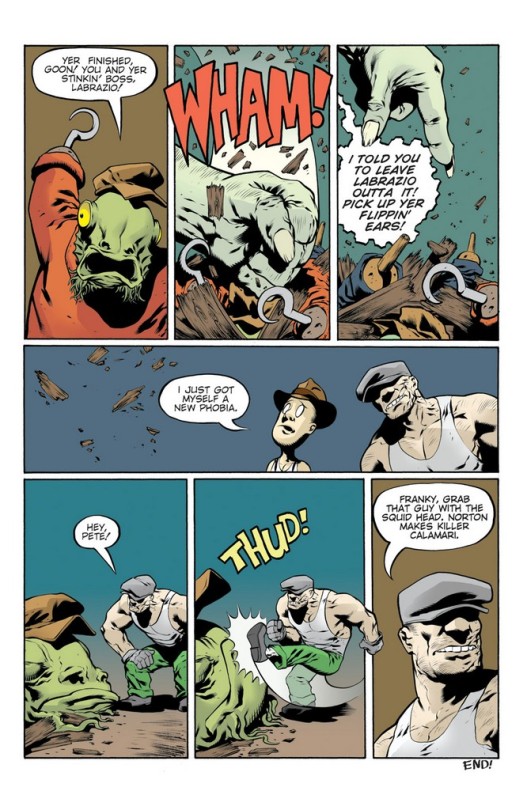 Following hot on the heels of book zero, Rough Stuff, this second collection hits the ground running. The book opens with a delightful eight-page short (‘Die, Fish, Die’), before the story proper kicks off with a tale that’s very firmly in traditional creepy haunted house territory. That’s until it takes a whiplash-inducing turn for the bizarre with a large, brightly coloured panel of Goon shooting at the giant squid attached to the front of his speeding car: “I said off! Yer beak’s scratchin’ the paint!”

It’s around about this point that you’ll probably realise you’re witnessing a real talent at work. As well as the visible improvement in the artwork from the previous book, the storytelling’s moved up a couple of notches too, with a tale that hangs together nicely.

The next story really impresses, and it’s impossible to look at the artwork and not be put in mind of Mike Mignola and Jack Kirby, with a little of Jeff Smith’s Bone in the mix. Eric Powell’s inks are finally as good as his pencils, and his habit of drawing a small number of panels on each page lets the art breathe. This story also contains the first, honest-to-goodness full DPS. Needless to say, it features Goon fighting a big monster, and it’s a doozy.

Then it’s another pencil-drawn origin story. This time it’s for Buzzard (or The Buzzard, like Goon, or indeed Batman, he seems equally comfortable with or without the ‘the’). Powell already demonstrates a real aptitude for short, well-structured origin stories and flashbacks, and this is no exception.

The fourth story opens with a lovely nod to Norman Rockwell, one of Powell’s most obvious artistic influences, especially in his outstanding painted work. This contains yet another stunning DPS, of Franky and Goon riding Merle the werewolf through the snow. This is a lovely wee Christmas story with a big heart that shows the softer and more protective side of our protagonists.

The final chapter contains a cornucopia of goodies, including a page ripping the piss out of TV psychics, and an advert for the Psychic Seal. We even have a delightful little three-page tale featuring the seal – ‘Attack of the One-Eyed Scumbag from Outer Space’ – and it’s a real laugh riot.

Both writing and art have improved enormously since the last collection, and Powell’s growing confidence is apparent throughout. Whether it’s the hilarious banter between Goon and Franky, or the layers that are slowly but surely added to their personalities, he handles both the macro and micro storytelling with an ease that escapes many writers with a great deal more experience.

It’s only the second collection, but this series is already firing on all cylinders. Next is My Murderous Childhood (and Other Grievous Stories), or alternatively both feature in the bulky paperback collection Bunch of Old Crap Volume 1, or the oversized hardbound first Library Edition. 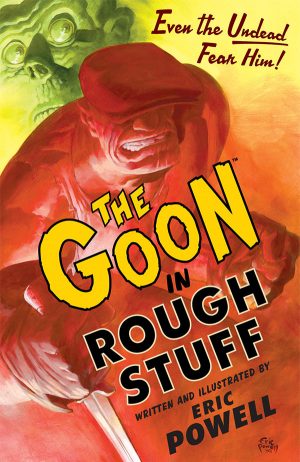 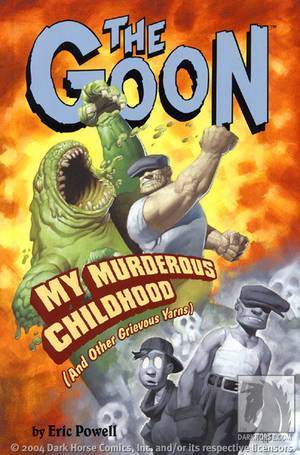 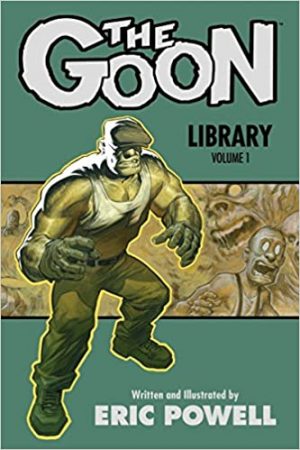