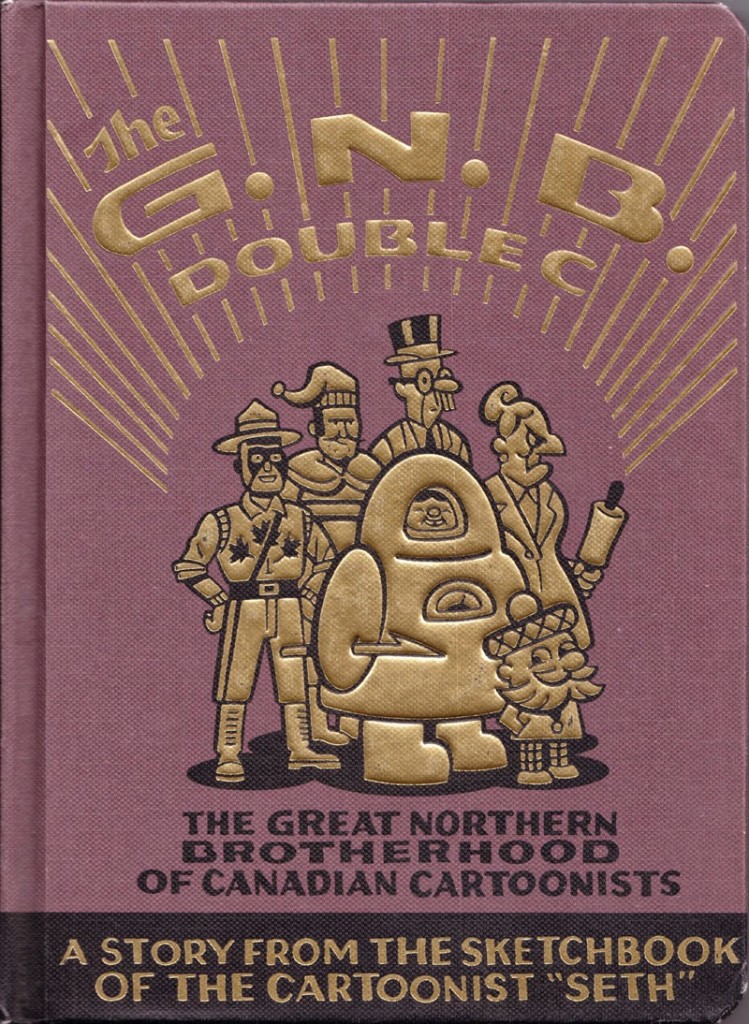 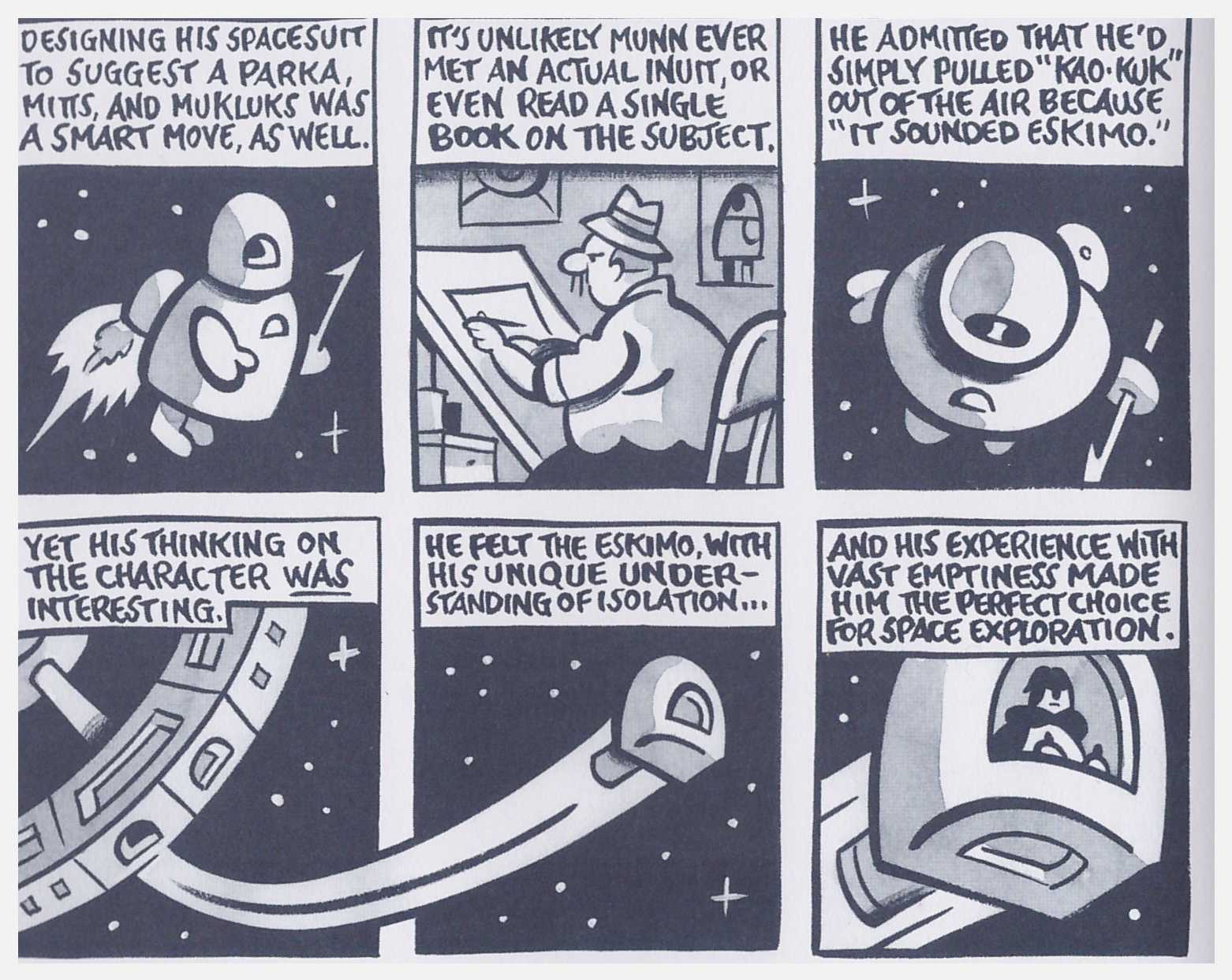 This is a companion piece to Wimbledon Green, originating like that volume in Seth’s sketchbooks, packaged as a similarly sumptuously designed embossed hardback, and taking a similar pastoral and wistful look at the world of comics. The format invites the comparison, which is ill-advised, as for long sequences this is nowhere near as engaging as its forerunner.

Seth actually began working on The G.N.B. Double C prior to Wimbledon Green, discarding it midway through as too dull, and the title initials represent the Great Northern Brotherhood of Canadian Cartoonists. Taking a second stab at the project after acclaim for Wimbledon Green, he didn’t completely erase the problems he identified the first time around.

The G.N.B. Double C is housed within a grand building much like the art club to be found in most cities, but here suggesting cartooning as an elevated and respected art form accorded that status. The first half of the book is a tour of the premises, commenting on the work displayed within. It creates verisimilitude by mixing real life respected cartoonist Doug Wright, after whom awards are named in Canada, with fictional constructs. In Wimbledon Green these were largely fleeting, and the one expansion was credible and touching. Seth is adept at contriving these faked comics, but it’s a repeated trick that doesn’t wear well in bulk.

Our narrator remains anonymous, but enough clues are dropped to suggest it’s Seth himself. Their monologue bears characteristics the outside world associates with him, the commentary painting a romantic nostalgist, and he notes real world friends. Seth is detailing an idealised history, and the narrator is acting as the respectful heir to tradition, while shunning some excesses and exclusions of the past.

The second portion is a visit to the Brotherhood’s eccentrically designed archive, accessible only to the hardiest of travellers as it’s located in the wild north of Canada. Once within we’re presented with more faux comic treasures. As Seth notes in his introduction, there are parallels to be drawn with Dylan Horrocks’ Hicksville, but the differences in approach validate the similarity. The trip North, though, reads as if in recognition that an insert was required to disrupt the stream of similar content, yet it doesn’t manage to do so effectively.

Seth’s sketched art is every bit as accomplished as his more considered material, and some might believe the sketchbook spontaneity removes a certain stiffness.

While not without its moments, the narrative plodding renders the G.N.B. Double C a considerably less charming and loveable exercise than Wimbledon Green. And it raises a big question. Seth has spent a prodigious amount of time constructing faked comics and convincing biographical detail about their creators. If he’s so enamoured with a whimsical strip about an eskimo astronaut, why not just produce that strip rather parade portions surrounded by deconstructional qualification?