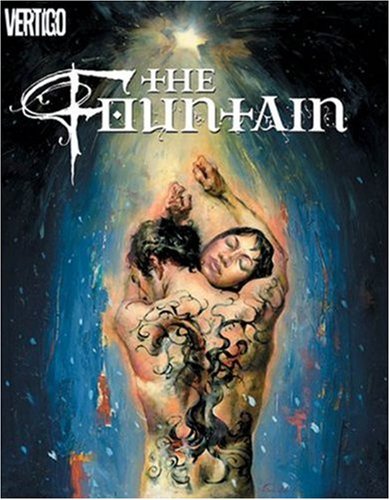 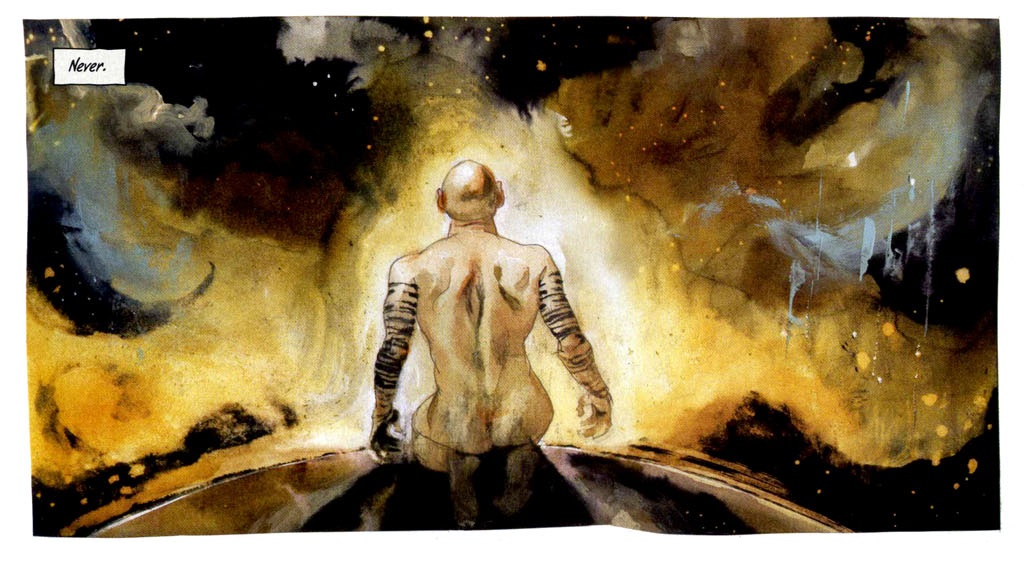 It’s not immediately apparent, starting as it does with a Franciscan priest interpreting Mayan symbols in 1535, but the core of this story is Thomas Creo. He’s a 21st century medical research scientist desperate to discover, in an extremely brief period, the cure for cancer that’s eluded discovery since the disease was identified. Writer and film maker Darren Aronofsky describes it as an alternative interpretation of his film of the same title.

It could equally be considered an alternative interpretation of comics, in this case as if they were drawn by Egon Schiele, from whom artist Kent Williams has copped the style wholesale. It’s an interesting experiment, with Schiele’s twisted figures and wide-eyed expressions committed to characters from the past, present and future. Williams also adopts Schiele’s method of presenting the core figure in depth and relegating background elements to outline, and until the penny drops, this is a disconcerting and distracting effect.

Aronofsky’s methods aren’t linear, and the connections between the three eras spotlighted are deliberately muddied. It’s not clear, for instance, if the elements set during the Spanish conquest of Central America are meant to be taken as a story in their own right, or as an allegorical comment on the cancer important in the 21st century. Aronofsky introduces further religious commentary as the book progresses, twisting around elements introduced early in the Bible.

All three narratives are love stories, and all three require an element of coping with death. As he reveals in his afterword, Aronofsky’s mother was undergoing cancer treatment as he both wrote the graphic novel and re-worked the original plans for his film of the material.

Vertigo certainly considered this the prestige project, releasing it in a hefty $39 oversize hardback. It’s a very slim tale, though, extended over 166 pages, and in the end the appeal today is likely to rest on the fan base for Williams’ fine art approach.