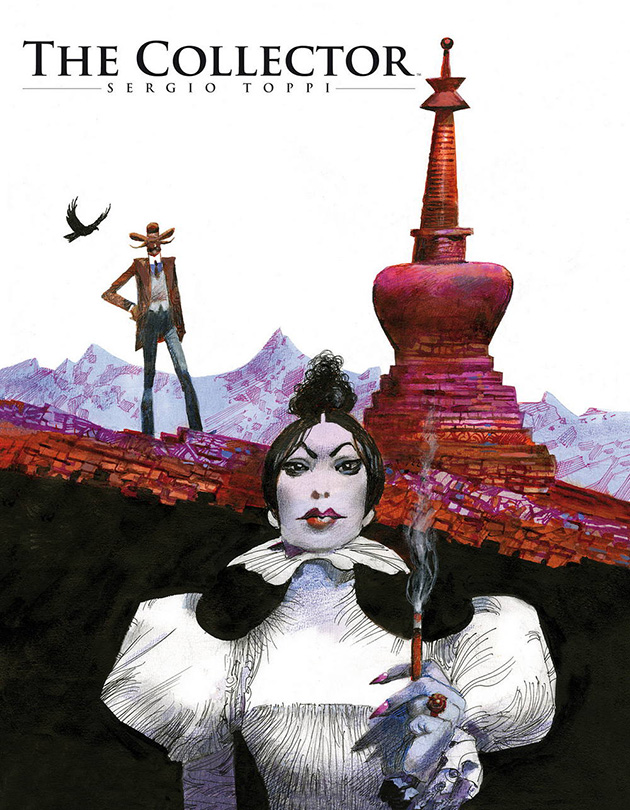 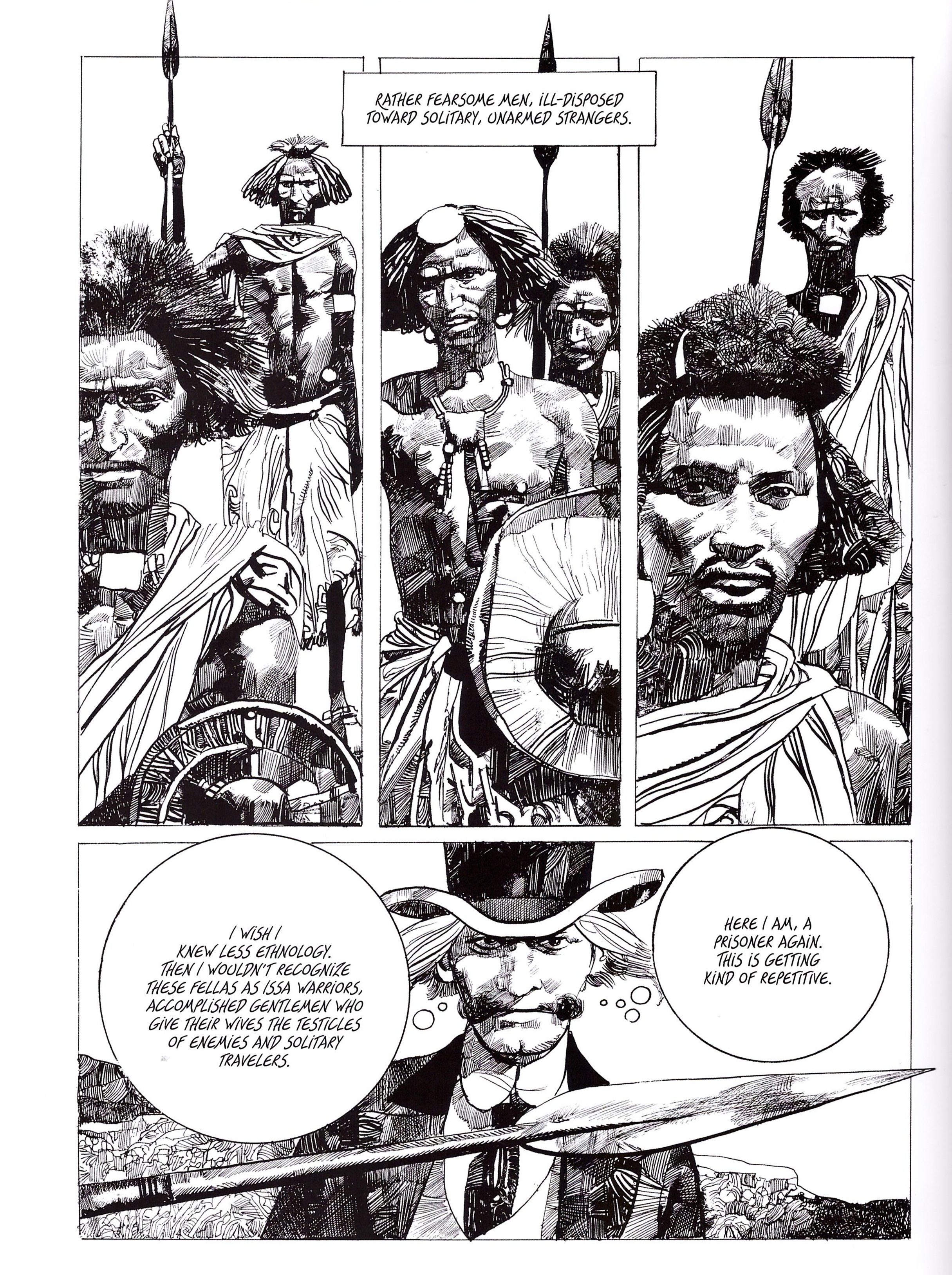 Whereas at least some work from almost all the revered European artists was made available during the first flush of graphic novels in the 1980s, Sergio Toppi somehow avoided English translations. It took almost thirty years before Archaia rectified this oversight with a series of nicely designed hardcovers. This gathers his five stories starring the Collector, a series begun in 1984.

Most of the European greats aim for a form of sparsity, telling lines, and not so many of them, but as Sean Gordon Murphy notes in a loving introduction, Toppi is an obsessive noodler, and that’s obvious from the first page. For most comic artists a tree will be a couple of parallel lines with a few branches sprouting, and a rock a large amorphous lump coloured grey. Toppi applies texture, but this isn’t realism. The tree’s almost etched, and the rocks created from so many lines that if stared at long enough they begin to have a hallucinogenic quality. The same applies to his people, inordinately complex, yet stunningly conveyed with dignity and personality. Occasionally Toppi goes too far, the eye drawn from the focus of a panel, but that’s rare.

Toppi’s treatment of language is equally complex. Some of his characters speak in a rich form of erudition, formal and archaic, others in faux form indicating English isn’t their first tongue. The Collector benefits here from an excellent translation on the part of Edward Gauvin, who retains Toppi’s delicate rhythms of conversation and conveys Toppi’s enjoyment of language.

The Collector is as his name implies. In the first tale he outlines his philosophy as desiring objects that have a deep and personal meaning to him. Claiming his acquisitions requires considerable bravery, tenacity, and trickery combined with a disarming and likeable personality. The objects he tracks aren’t then displayed for public appreciation, but concealed for personal satisfaction, and immense wealth permits him to travel the world in his quests. With regard to his globe-spanning activities in an earlier era (the tail end of the 19th century), there’s an echo of Corto Maltese about the Collector, who has an equally distinguished appearance. Both are great and capable adventurers playing bit parts in historical events, both have a philosophical bent about them, and neither have time for the European colonial attitude of their eras. The major difference is that the Collector is knowable, his promptings and eventual goal transparent.

Over five stories the Collector travels the globe, and Toppi’s greatest pleasure is in representing indigenous cultures in all their finery, be that Maori facial tattoos, Native Americans, Italian army officers or Indonesian tribesmen. The Collector himself is a picture of sartorial elegance no matter how hostile the terrain, and Toppi’s faces are a wonder to behold, each of them individual, easily distinguished and refined.

It should be noted that a very poor cover choice does Toppi and the interior content absolutely no favours with it’s odd composition and colour scheme, and underselling of the Collector himself. Don’t be put off.