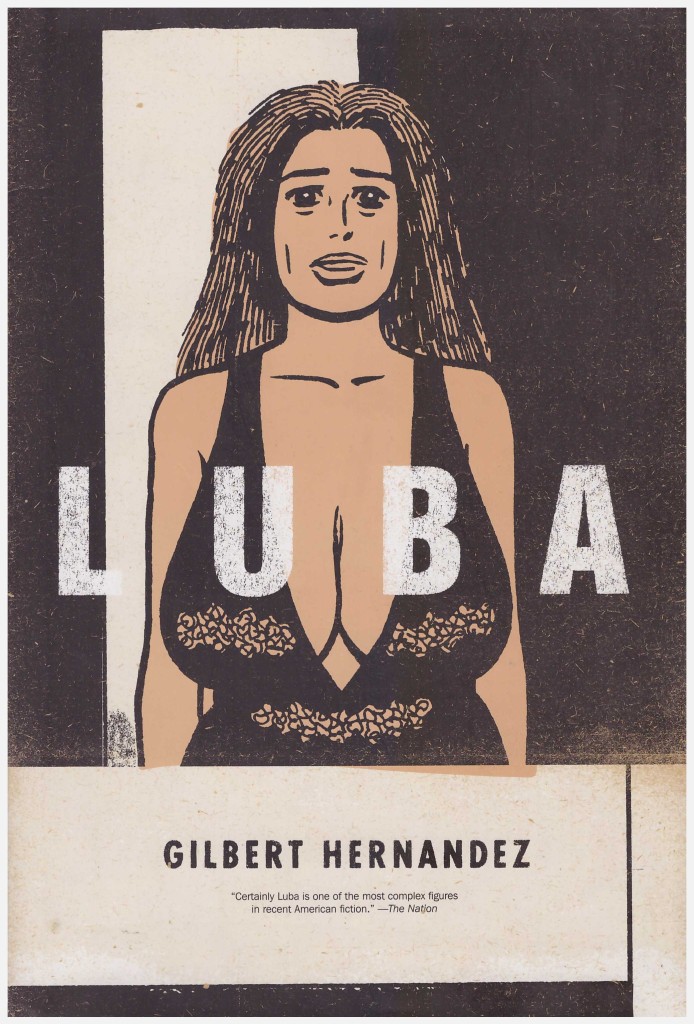 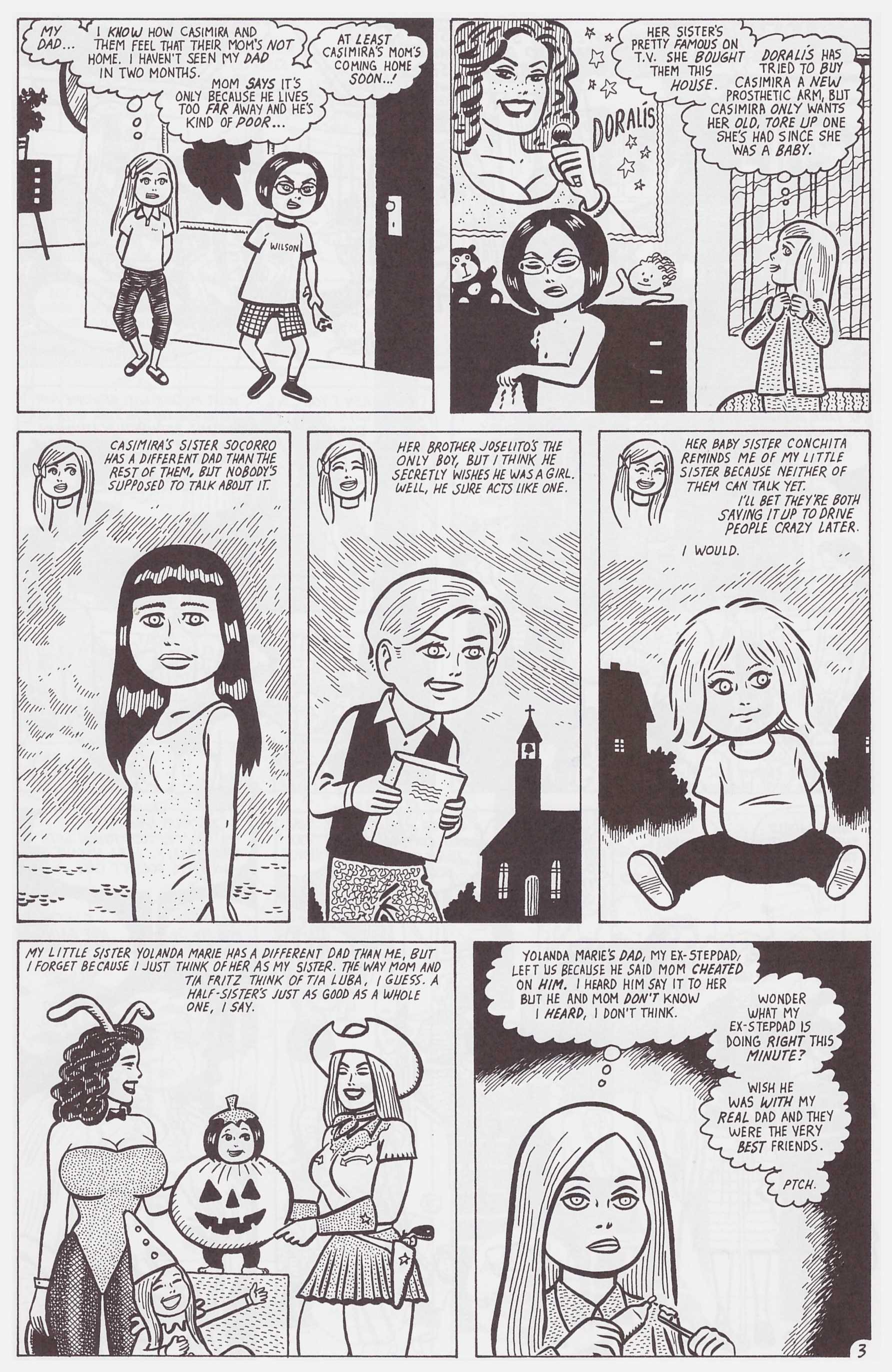 Gilbert Hernandez has been such a prolific creator of quality comics over diverse genres for so long now it’s very easy to take him for granted or even underestimate him. The material gathered in this bulky hardcover originally appeared in comics published over a decade beginning in the mid-1990s, and covers the lives of his cast over a slightly lesser period. When combined they form an immensely rich character exploration. While also available as three paperback volumes titled Luba in America (or Luba and her Family), The Book of Ofelia (now just Ofelia), and Three Daughters, the drip fed progression acquires additional intensity when experienced in totality.

Luba, has been a mainstay of Hernandez’s work, a no-nonsense alluring woman with inner strength who eventually became a matriarchal source of wisdom for her community. The title is a misnomer, a matter of convenience, as over a dozen characters are threaded through the book, not only Luba, but her children, her half-sisters and her grandchildren. The material ranges from single whimsical pages about dropped cookies to longer content (although rarely exceeding a dozen pages), of precise and in-depth character study.

Luba’s sisters Fritzi and Petra are similarly bountifully endowed and have rapacious appetites, but their worldviews are polarised. Luba’s cousin Pipo runs a TV production company, while one of her seven daughters Doralis, stars in a kids’ TV show and is about to come out. Her sister Guadalupe is married to man 22 years her senior who was once Pipo’s husband, yet is infatuated with Pipo’s son Sergio, a football star nearer her own age.

When originally serialised in individual comics it wasn’t apparent what an extraordinary achievement this episodic dynastic saga is. Hernandez’s cast are forthright and convincing, and he layers them in consummate fashion. Audacious narrative innovation occurs throughout the nearly 600 pages, in particular plots peaks conveyed almost in passing.

The stories about Luba herself have a greater gravitas. Despite the content flitting around her assorted relatives she remains the most compelling, carrying her past with her metaphorically, and her hammer literally. The hardships of that past perpetually hang over her, preventing her from completely understanding or approving of her new surroundings in California. As the book continues, though, it’s Fritzi who becomes the most prominent character. Beautiful, yet internally flawed, her therapist’s qualifications blind her to her own situation, and she’s increasingly tragic.

Almost every adult portrayed has a large sexual appetite, but there’s no shame or prurience about the content, unless it has a larger dramatic purpose. That’s contrasted by an equally open presentation of childhood. Venus isn’t the only youngster here, and while they have their charming and cuddly moments there’s no sugar coating the way children can also be. And occasionally, out of nowhere, Hernandez will let loose with some thought-provoking commentary.

The writing is so good that at times one forgets that Hernandez also illustrates his work. His style is deliberately simplified, but astonishingly expressive, the eccentricities and tragedies of the cast endowed with equal skill. Again, Hernandez has been around for so long we take him for granted, but any random page displays the compositional excellence.

There’s a critical opinion that what Hernandez has produced since his cast left Palomar doesn’t match his earlier work. It’s an odd idea. The strength of the writing is invested in the characters, and Palomar was just a backdrop. Those same characters are equally richly observed in California, and new cast members also compel. Luba exceeds the sum of its parts. It’s a masterpiece.