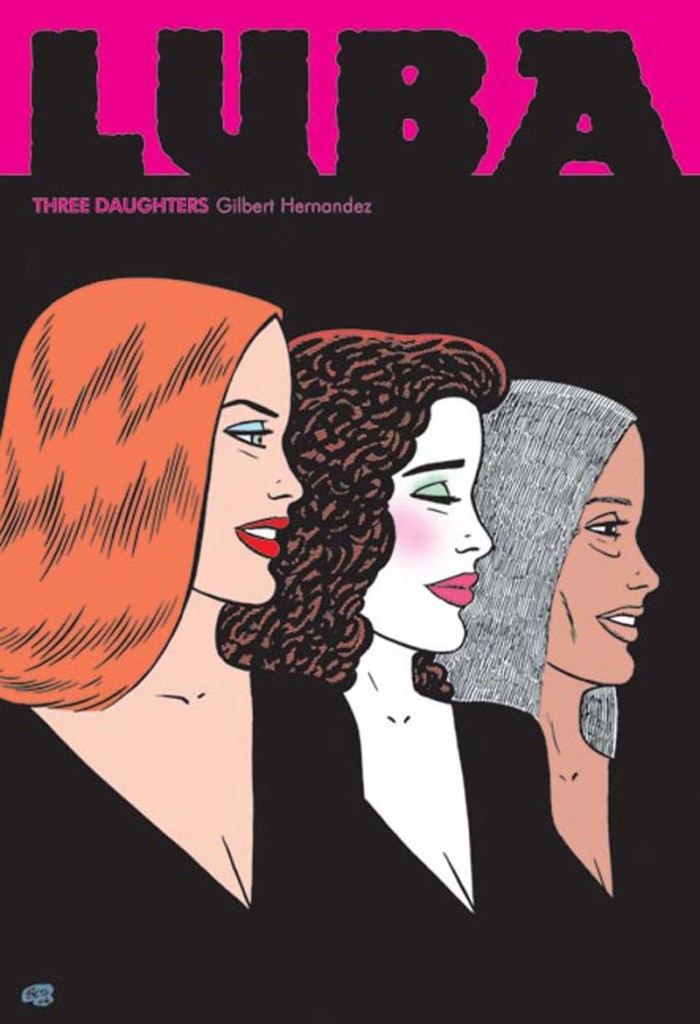 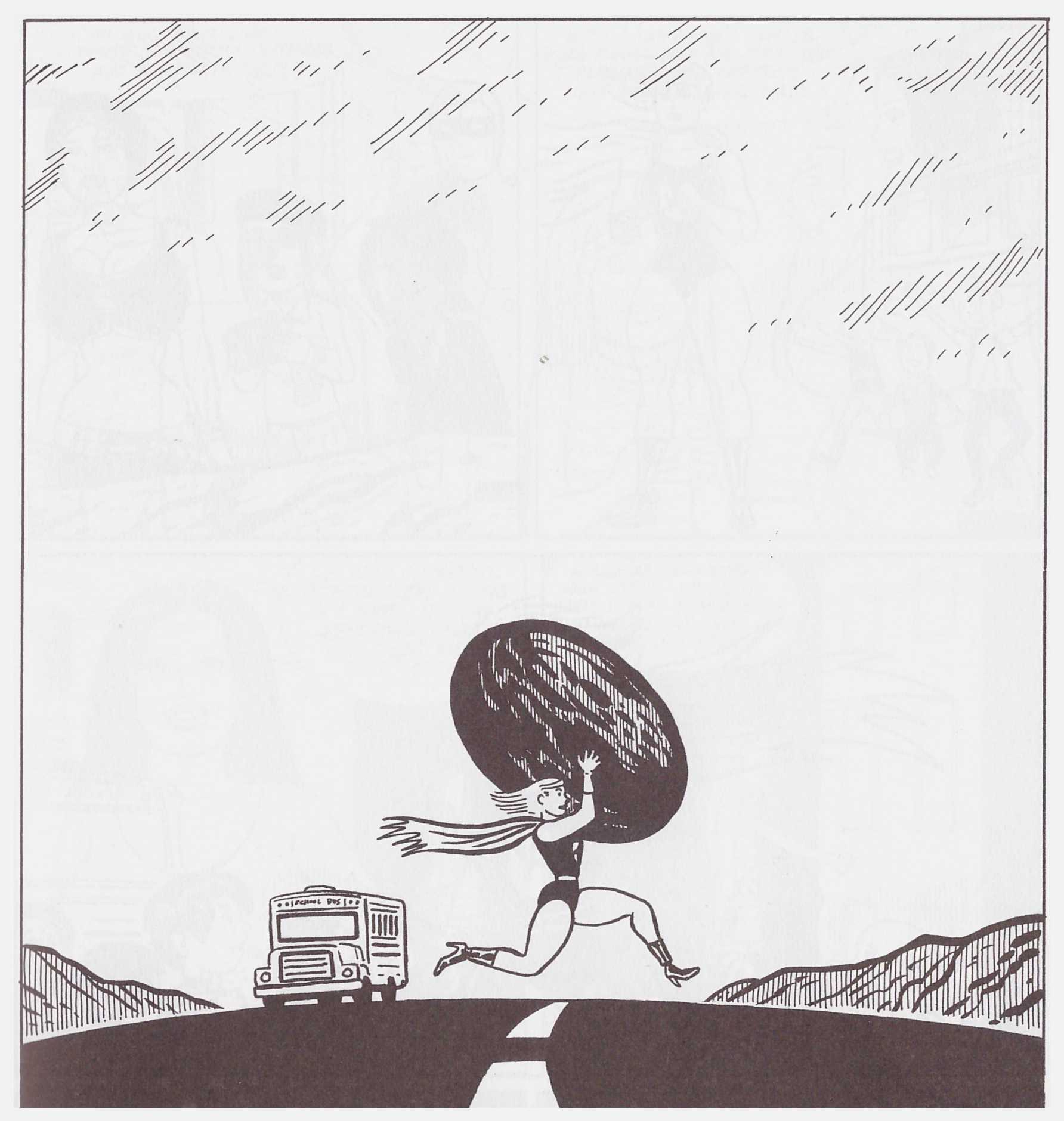 Three Daughters concludes a trilogy of works defined as ‘Luba in America’, begun when Gilbert Hernandez transplanted the central character from his earlier work to California and introduced her to the half-sisters she’d not previously realised she had. It sets the scene by encapsulating Luba’s life before her arrival in the USA, and then compresses an extended period into the same format of short stories used in both Luba and Her Family and The Book of Ofelia.

This technique permits expression for the various shades of Hernandez’s creative palette. The tone switches from comical whimsy to life-changing tragedy, and he’s equally accomplished at either. Of special note is the manner in which he can change the perception of a character via a few lines of dialogue. Most are thoughtful and observant, skills Hernandez exemplifies.

There is a specific strip bearing the title of this collection, but it’s a clever title that equally applies to the three characters most seen in this book. Fritzi belongs to both groups, and over the collection progresses from bit player in movies exploiting her large breasts to genuine cult movie star. She’s the character on whom Gilbert Hernandez lavishes most attention overall. Luba’s youngest daughter Guadalupe suffered a loss in the previous book, and here continues her life with a new found inner strength, although motherhood has modified her proportions more in line with the family genetics. She continues to attract men who live in vain hope. Venus, a precocious youngster in Luba in America, is now almost an adult, and sharing the certitude and adventurous spirit that characterises her mother.

Throughout the books comprising the Luba in America trilogy Hernandez has taken the interesting narrative tack of downplaying what would be the major dramatic events were others to tell the story. In some cases you’re not entirely certain something’s occurred until it’s underlined a few dozen pages later, in others he builds to an anticlimax as it were. Several strips, for example, conclude by noting the duration remaining until Luba and her sisters stop speaking to each other. We pass that day, as events roll out chronologically, and the the manner in which the eventual revelation of their differences is conveyed is via a few lines of text several strips later.

Three Daughters has a greater gravitas when collected in the hardback Luba along with its two predecessors. While certainly very good in isolation, it’s the book where the greatest passage of time occurs, and the bigger picture of how earlier experiences have shaped the cast seen here adds a poignancy and understanding.

A valedictory feel characterises the final pages, and many of the characters haven’t been seen in consequential fashion since. The exception is Fritzi, whose life has been followed, and whose fictional movies have been adapted as five surreal and exotic standalone graphic novels such as Chance in Hell. Maria M. provides more background about Luba’s mother.