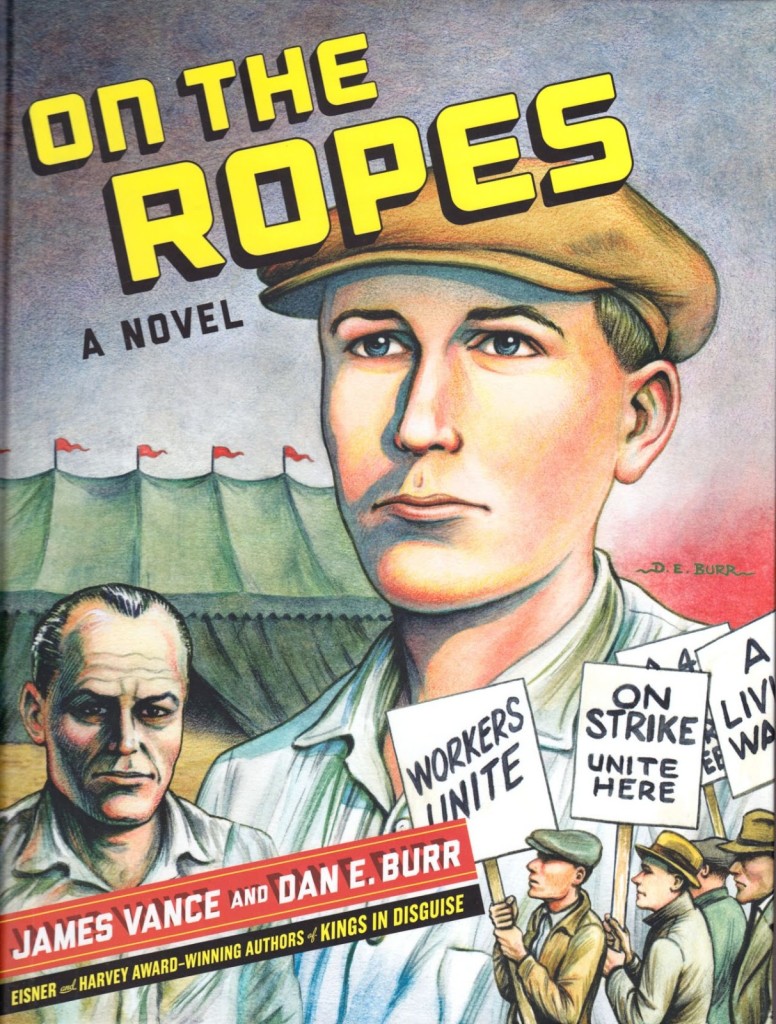 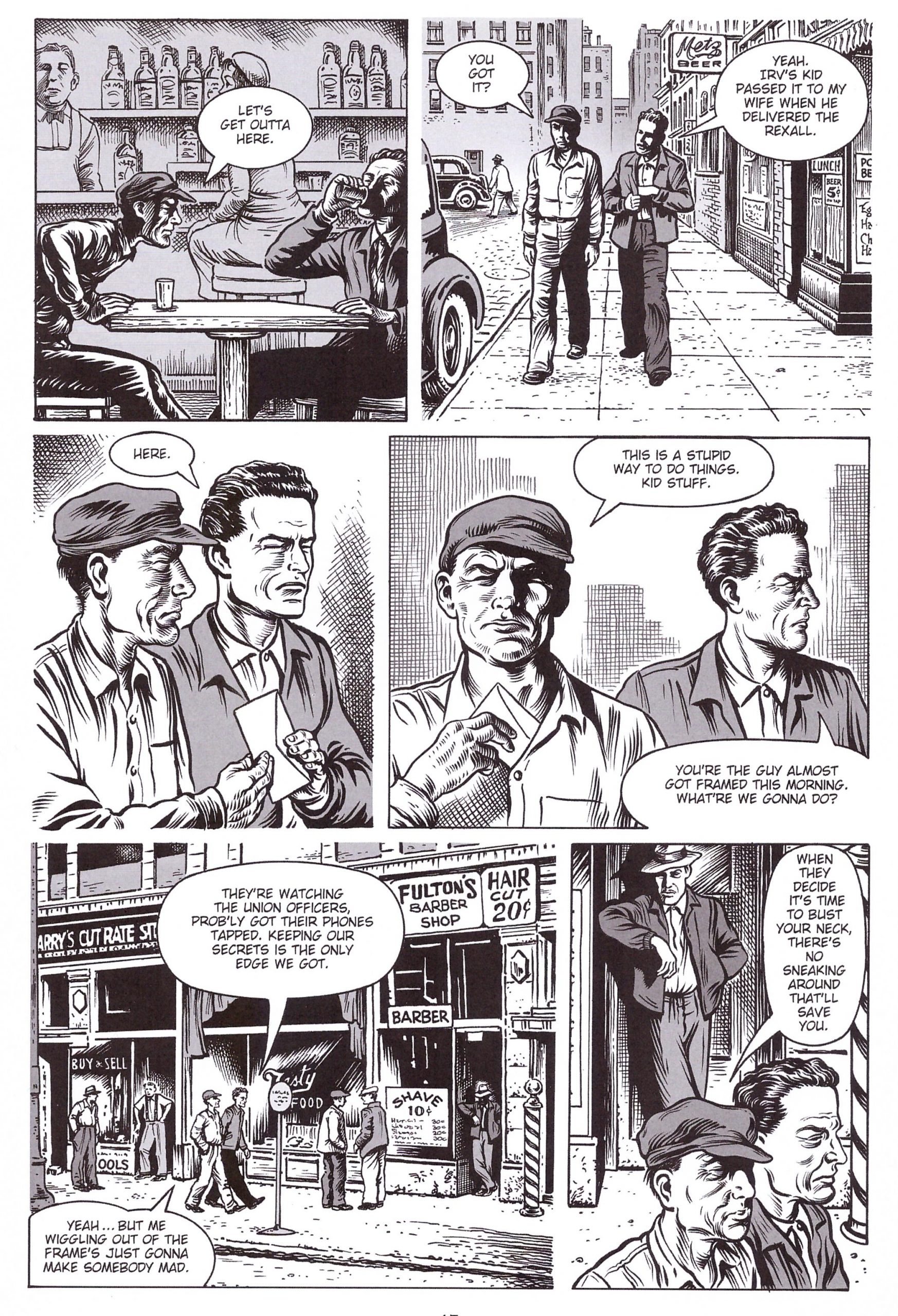 Could there be a better example of how much things have changed in comics? 28 years ago, a tiny company printed a critically-lauded miniseries called Kings in Disguise that was collected in a softcover almost no one saw. In the 21st Century, after two decades of graphic novels, an acclaimed New York book publisher not only reissued the book in 2006, but followed it with an amazing sequel. On the Ropes is in many ways even more powerful and confident than the original, perhaps due in part to its appearing in a market fully accepting of a serious novel in comics form.

For all the years between their release, the transition between the first and second volume is seamless, and James Vance and Dan Burr have become more assured in their craft and their storytelling. Protagonist Fred Bloch is five years older than when we left him, alone and penniless, deep inside the worst of the 1930s. For complicated reasons, he now works as an assistant to a bizarre side-show act in a traveling, New-Deal-funded circus. Fred’s job is to pull the lever on a gallows rigging, sending Gordon Corey apparently to his death by hanging. Corey is an escape artist – a drunkard whose tragic past is painstakingly investigated throughout the book – who rescues himself to the gasps of his rural audiences, and hence introduces the first of multiple meanings implied by the title. The morbidity of this act doubles its significance in an ingenious and contradictory way, framing death as the last escape even as the characters habitually escape from death. This framework of fleeing one’s ultimate fate is not subtle (nor is a slightly clichéd cynical lady-reporter subplot), but neither were the times that drove so many to the extreme peripheries of existence – despair, bitterness, radicalism and murder.

To the poignancy and humanism that was rife through Kings, Vance adds a suspense element, as Fred is pursued by ruthless, pitiless men, intent on killing him for the part he is playing inside the “red” union cause. Fred is simply a courier between them, but the information he carries is key to the radical group’s political action, and the method of transmitting messages – spies are everywhere – is teased and then resolved quite cleverly. On the Ropes is even more political than Kings, expanding on the tapestry of ordinary people in extraordinary circumstances.

Everything worth cherishing about Kings in Disguise – impeccable historical detail, recognizable characters and a vast well of compassion for the most human of struggles – is built on with art that feels sharper and less cluttered, populating an historical tale with a finely “acted” cast and a world drawn in sturdy lines and shapes that put you convincingly in the Great Depression. Two seasoned professionals offer a second helping of their most well-regarded work and barely skip a beat doing so.

On the Ropes does everything you want a sequel to do – it continues the protagonist’s story logically, expands on its themes without repetition and deepens the world the writer and artist have created. Reading it is the kind of immersive “You Are There” experience that often makes historical fiction (and graphic novels) so compelling. Vance has said there’s a third volume possible in the life of Fred Bloch. Here’s hoping the market opens the door for that sooner than the first go around.