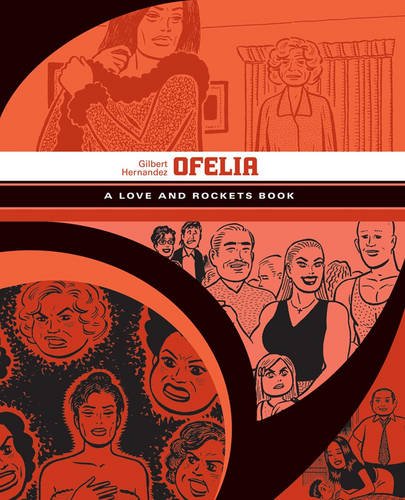 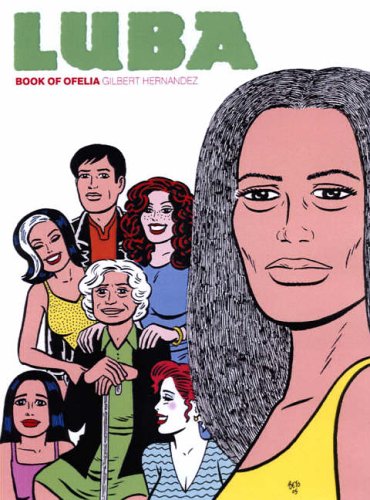 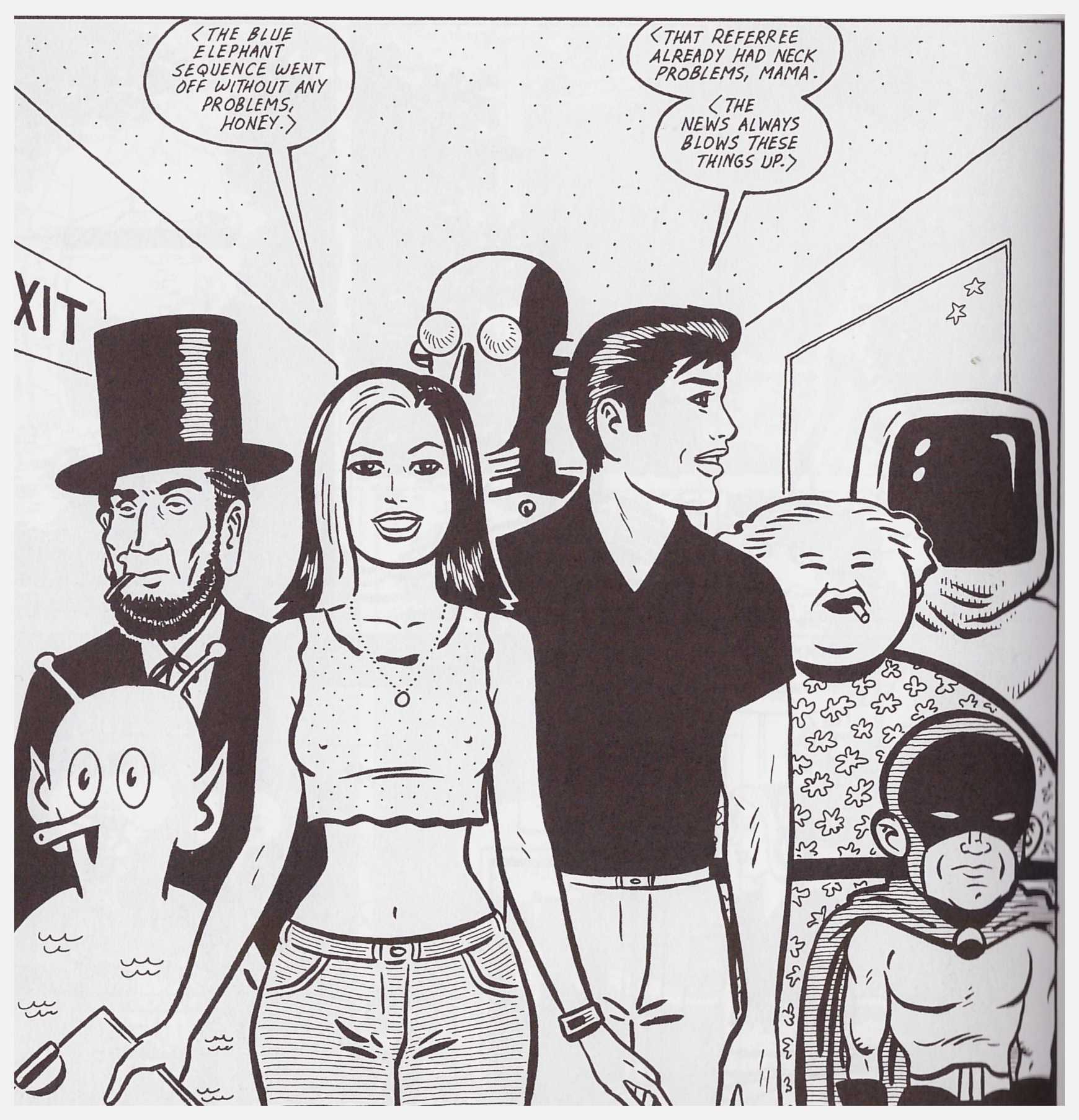 An almightily large cast continues from Luba and Her Family into the Book of Ofelia (or plain Ofelia in the 2015 uniform edition), and Gilbert Hernandez adds to them here with others who’ll have a later influence. He also continues the storytelling pattern developed for the previous book whereby numerous intertwined plots involving the various cast members roll out in bite size pieces. With the exception noted below, the longest strips here barely run beyond twelve pages, yet read as a whole they deliver immensely powerful stories. And Hernandez has the narrative gift of being able to blindside with a revelation. A character who seems shallow and self-obsessed (and there are several fitting that description) can be instantly transformed into someone sympathetic.

The narrative form is surely a method of keeping Hernandez interested as it can encompass all his previous preoccupations. No fan of the characters is going to complain about some Fear of Comics style whimsy if it’s only a few pages at a time, and he can also incorporate the sexual content of Birdland and surreal, inexplicable events.

This format, however, also leads to the occasional weakness, as Hernandez introduces themes, explores them in cursory fashion, then drops them. A sequence toward the end of the book has everyone’s behaviour accentuated by the possibility of a vast meteor striking Earth. If that’s going to happen, why concern yourself with niceties? This plot occupies a few strips, after which it’s as we were. It doesn’t produce any great enlightenment, so why introduce such an indulgence? The sequence from which the title is taken concerns the book Ofelia is writing about Luba’s days in Palomar. It’s an in-joke, being that this is much of what Hernandez has already revealed over a dozen graphic novels, but it floats over a few short pieces before being resurrected for the finale.

Hernandez has a knack of conceiving an interesting design for a character, plopping them into the background of one of his stories, or providing them with a minor role, and then discovering they’re part of the bigger picture. Several feature here. The diminutive Boots, working for TV producer Pipo is incredibly distinctive, with a wide-eyed scowling stare, and uncontrollable hair. The sleazy Gato was once married to Pipo and is now married to Luba’s daughter Guadalupe, 22 years his junior. Not everyone works. The serene and quasi-mystical and priaptically alluring Fortunato rapidly wears out his welcome, even when ironically underscored.

This isn’t the book with which anyone should step into Hernandez’s mindset. There are few concessions for new readers, as much of what’s to be appreciated is built upon knowing the cast. Even then, the increasingly extreme behaviour of that cast leads some into decidedly uncomfortable territory. There’s once again a high sexual content, and whereas this was previously joyous, some takes a darker turn.

The conclusion is exceptional, 24 taut and riveting pages pulling together all the small threads weaved through Book of Ofelia. Yes, it’s soap opera, but by this stage the drama around the convoluted obsessions and relationships has escalated to a burning intensity. It’s subtle and masterful, with a very traditional morality applied. In isolation it’s as good as anything Hernandez has produced, yet would lack the visceral impact divorced from the remainder of the book. What a poser!

The Luba in America trilogy concludes with Three Daughters, and the entirety is collected in the hardbound Luba.