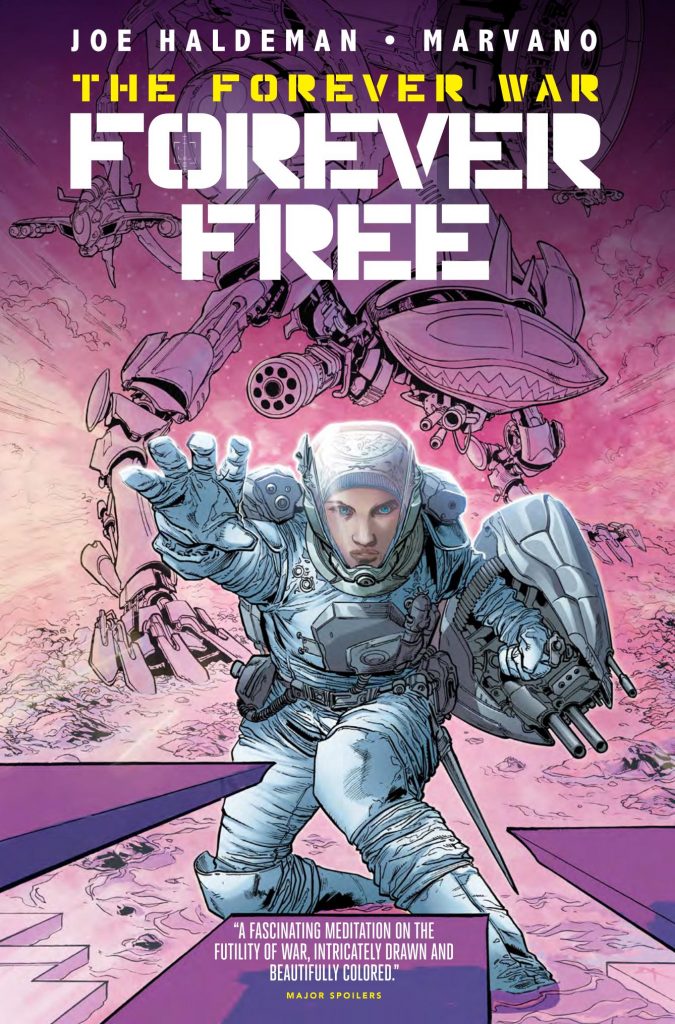 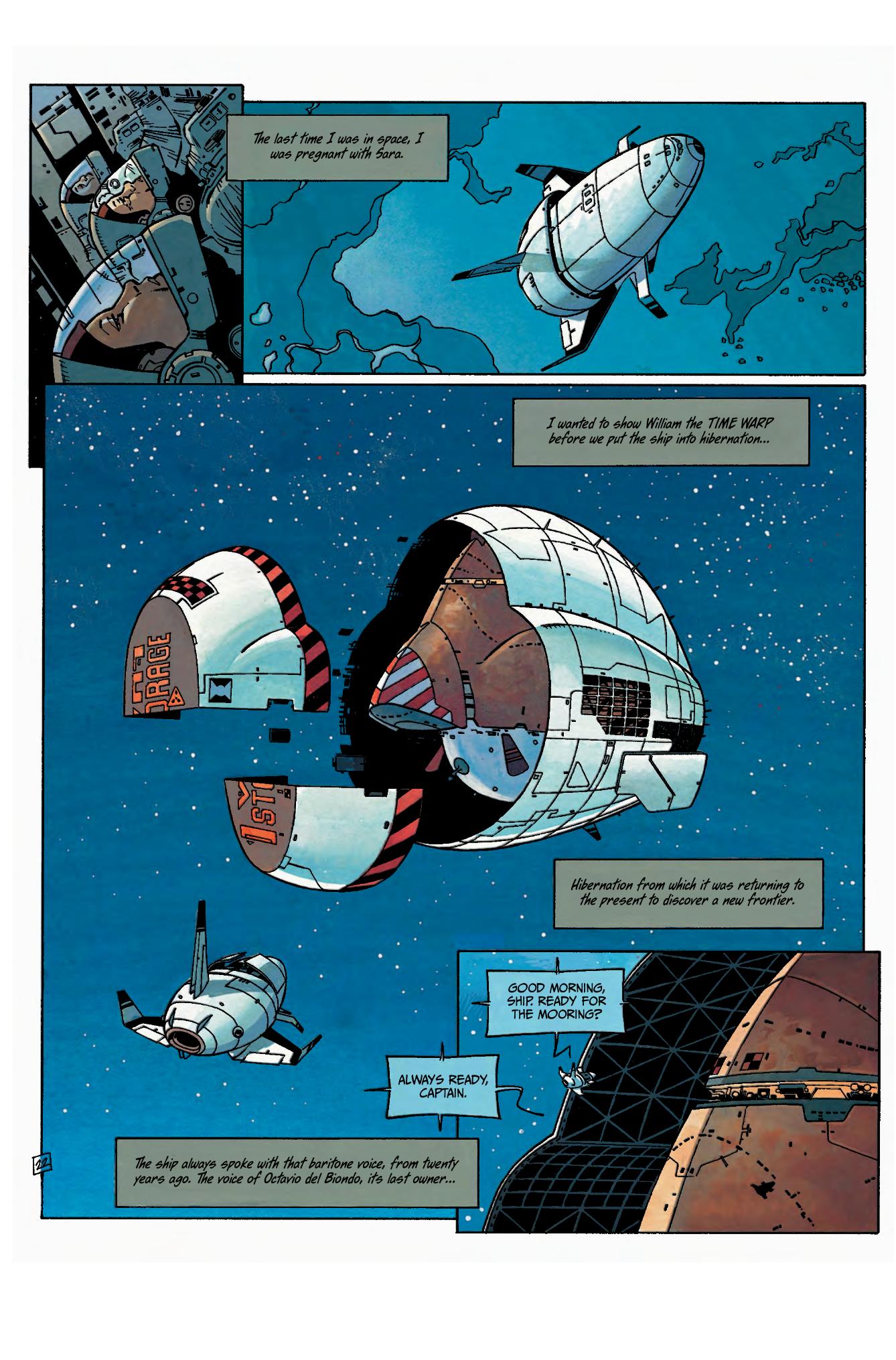 In 2017 Titan reissued The Forever War in a handy volume combining all three long out of print components. They’ve followed it with the sequel Forever Free, completed in 2003, but unseen in English before this edition.

Joe Haldeman so enjoyed the process of collaborating with Belgian artist Marvano (Mark van Oppen) on the Forever War graphic novel trilogy that he initiated a second collaboration bringing his novel Buying Time to comics as Dallas Barr. It’s never been translated into English, but its seven volumes are highly recommended in French or German. On the 25th anniversary of The Forever War novel in 1999, Haldeman published a connected short story featuring William Mandella’s lover Margay Potter, and a sequel. Both are adapted here, with Haldeman’s wife Gay Haldeman also involved in writing.

As with The Forever War, the stories are designed for three European albums, but whereas each original trilogy episode took a great leap, Haldeman uses these to switch the tone. Margay’s story occupies the first, explaining the science behind the ageing, or lack of, crucial to the stories, and returning to a time when Earth and the Taurans were still at war. It’s dry to begin with as the exposition is all, but beautifully drawn by Marvano in his precise style as we see Margay going about her business. It develops, however, into a suspenseful use of the explained technology during a standoff in which only micro seconds are available to avert tragedy. By the conclusion we’ve reached the point at which The Forever War ended, approached from different circumstances.

The middle episode is the action adventure segment. It turns out retirement on an icy planet has its downsides, not least sharing with cloned humans who resulted from ten centuries of war and are unable to comprehend the benefits of individuality. Core to the series is that jumps through space cause participants to age at a different rate from those remaining on a planet, so during the course of a controlled ten year journey, four centuries will elapse on the planet. Are Bill, Margay and other veterans so disenchanted that they’ll take the trip? A tension is contrived by virtue of the plans having to be kept secret from those watching over what are now a community of elderly people, although all combat veterans, with some more gung-ho than others.

Mystery is the prevailing mood for the conclusion, two of them. Firstly items begin disappearing, seemingly random annoyances, then larger, life-threatening absences occur, causing disarray and confusion along with eccentric behaviour. One trip later, people have disappeared, and that leads to an ambitious, but controversial ending defining humanity.

Drawing three different stories closer together is Marvano’s meticulous art. His designs follow his established pattern of looking awkward and uneven instead of the smooth lines we’re used to seeing on spacecraft, so they’re memorably effective, and in stories that are as much conceptual as anything else he’s very adaptable. This is not only technically good art, it’s intelligent art, and very funny in places, especially when a bunch of icons are used toward the end of the book. Laurel and Hardy fit right in.

Intelligence is also key to the plot. Last time Haldeman played with science, this time, eventually, it’s metaphysics. The sequel novel proved divisive, but common to many negative reviews is an objection to using the same characters for a very different story. Alternatively, why not? If the two novels have a common point it’s that people change. This doesn’t match the awe of The Forever War, but is also supremely entertaining science fiction with a point to make.