The Follies of Richard Wadsworth 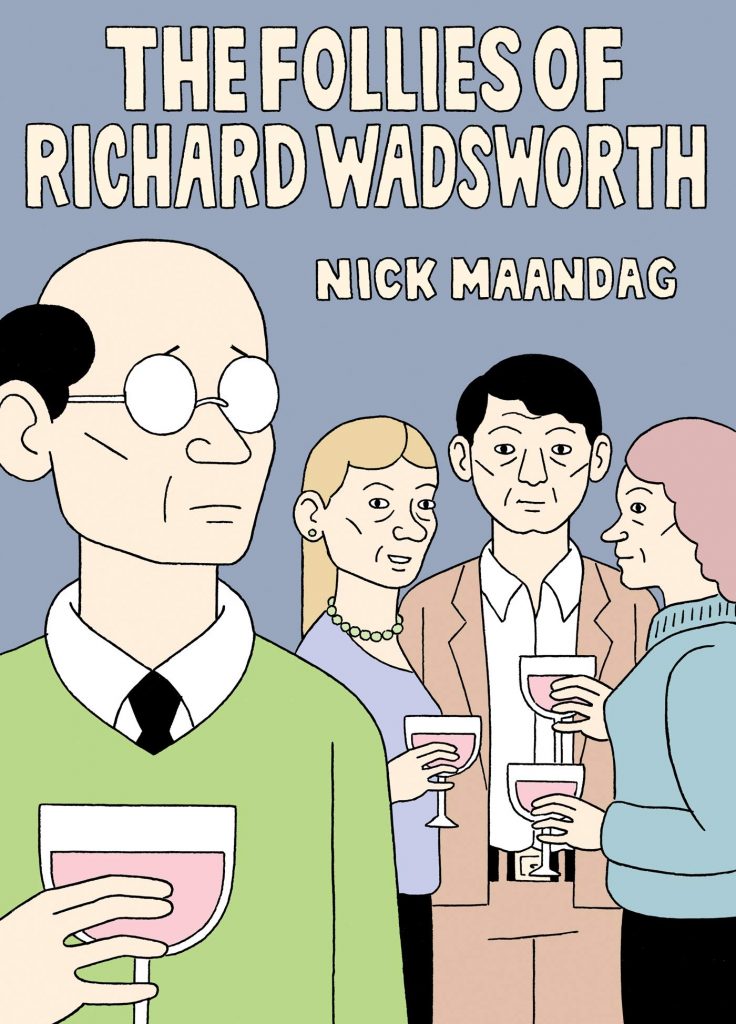 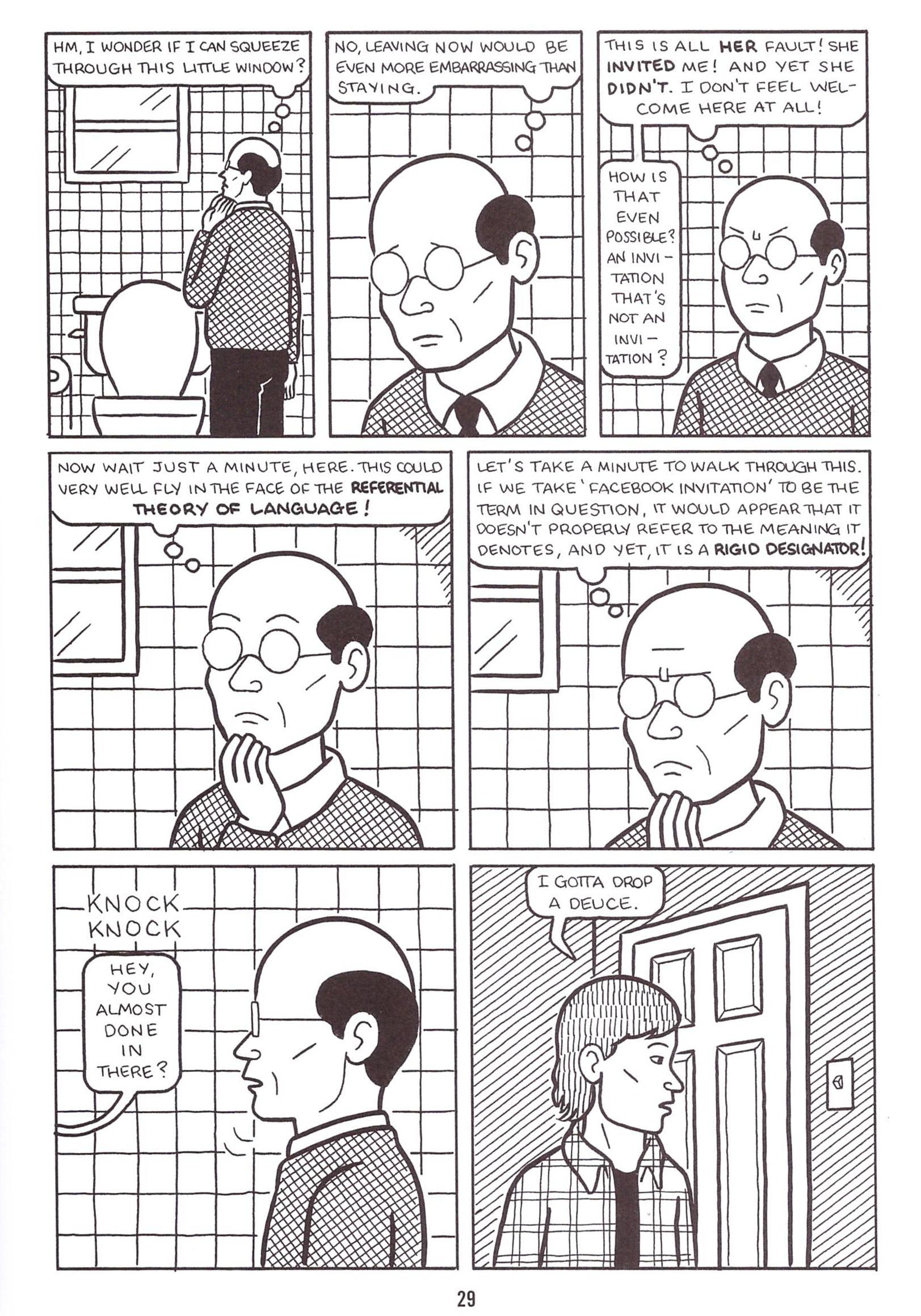 There’s a concern that with the resolutely ordinary cover Nick Maandag has remained true to his intentions at the cost of alienating a prospective audience. In one way the cover exactly represents the content, as the longest of Maandag’s three stories stars Richard Wadsworth, a dull, middle-aged philosophy lecturer. The cover reflects his innately boring personality with a life to match, Maandag’s drily observant tone, and obliquely, that Wadsworth is a step apart. It sells the concept, but it doesn’t sell the comedy of misfortunes within, nor give any indication that the content is hilarious farce.

The title story darkly dissects how Wadsworth is entirely intellect accompanied by very little spontaneity or reason, at least when it comes to social situations. As per the sample art, again and again Nick Maandag exploits the comedy of contrasting Wadsworth’s analytical highbrow considerations with normal human life and expression. In this way it’s not too far removed from Viz’s ‘Mr. Logic’ strip, except that strip’s perpetual violent ending is replaced by personal embarrassment. In the manner of Father Ted’s mysterious exile to Craggy Island, references are made to Wadsworth having to leave his previous post, without supplying the specifics, which is the best way.

Around halfway through, Wadsworth has a transformative experience that activates previously dormant areas of his mind, and while positive in one respect, it only leads to more problems. There’s no love or sentimentality as Maandag mercilessly runs his victim through a succession of personal disasters knowing the root of humour is someone else’s misfortune. The deliberately rigid cartooning adds to the joke.

Wadsworth’s follies occupy around half the book, with ‘Night School’ and ‘The Disciple’ supplying almost all the remainder. They follow the tone of Maandag’s opener in presenting compliant people who’ll obey the most ridiculous instructions. The Fire Chief turns up at the night school just as initiative is being discussed. Part of the joke is that those concerned have none, to which Maandag adds surreal intrusions. These also occur in the Buddhist retreat where enforced celibacy is taking its toll on the adherents. In the form of bonus content Maandag supplies ten four-panel gag strips on the inside covers, featuring the same unexpected humour in more compact form.

Let’s hope the joke of the cover isn’t too subtle, as this is a selection of deliberately crude and very funny, occasionally laugh out loud, stories.