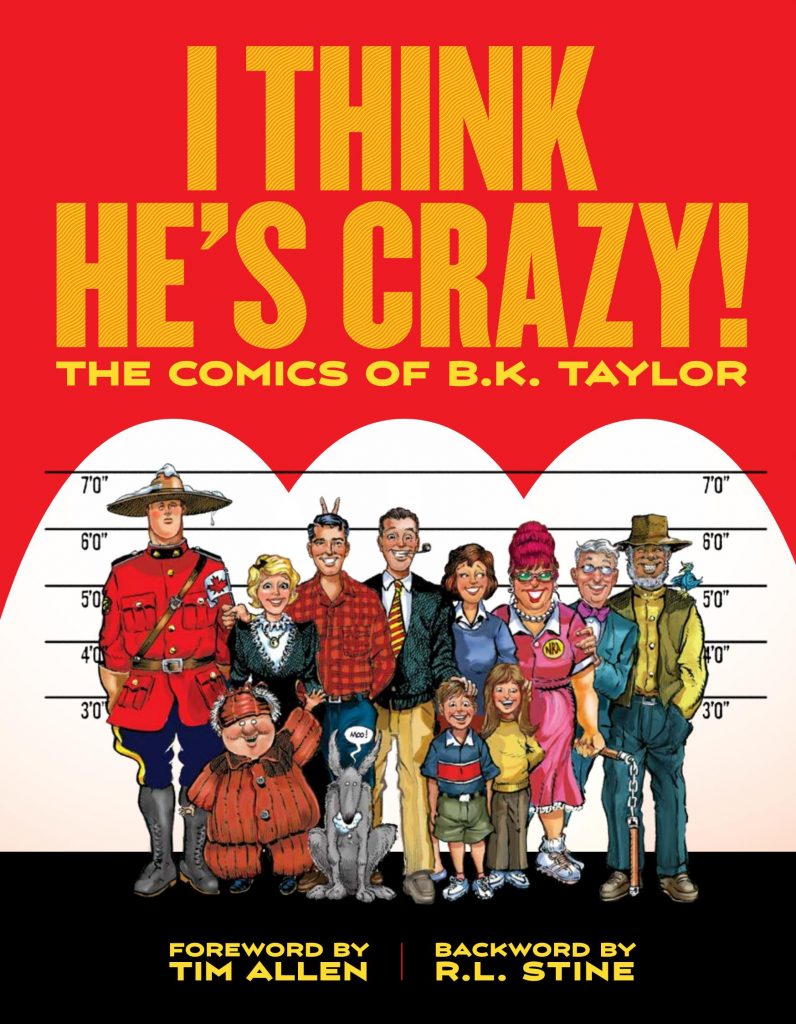 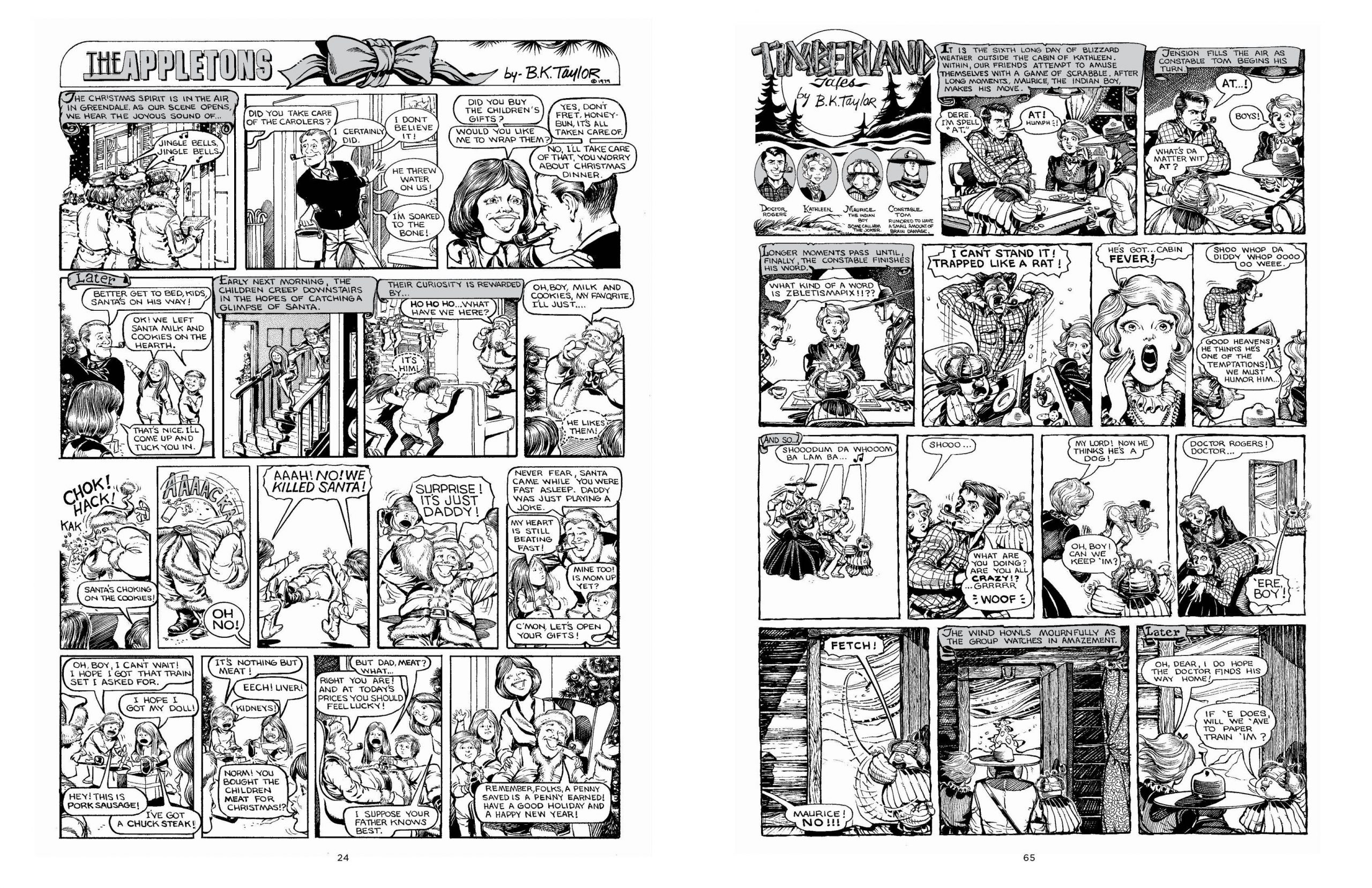 I Think He’s Crazy collects three strips B.K. Taylor regularly contributed to National Lampoon in the 1980s. Taylor provides an ideal introduction to his work by claiming no drugs were involved in the creation, noting he’s like everyone else, he puts his pants on in the morning, one arm at a time.

National Lampoon was the next generation’s Mad Magazine, bulkier, text comedy alongside comic strips, and up to date satire filling the gaps Mad missed. One was the cosy domesticity of American sitcoms since the 1950s bearing little resemblance to reality, which ‘The Appletons’ skewered, presenting the wholesome and attractive all-American family. Except Dad Norm, pipe always clenched between teeth, is a certified maniac. Psycho moments abound with the man who cons his kids into thinking they’ve killed Santa, sends his wife on a plane wrapped in a towel and invites the kids in to rummage for treats in the cat litter tray at Halloween. Phrases like “never treat a gun as though it were a toy” and “God doesn’t like adulterers” take on a whole new meaning when uttered by Norm. All the strips are funny, but possibly now dated as sitcoms have long discarded the comforts of the 1960s, and without that anchor Norm is just psychotic.

‘Timberland Tales’ begins by poking fun at the innocence and lack of cultural awareness among inhabitants of a remote Canadian community, Canadians having a reputation in the US for being resolutely nice in all circumstances. That’s occasionally revisited, but it’s not long before Taylor’s creatively disturbing and dark mind steers the strip in the different direction of isolation breeding eccentricity. He embraces the bizarre, with a Shaman convincing young Maurice he’s a girl, the arrival of a rabid dog, random unfortunate deaths and setting light to farts. Assorted disappointing Santas feature, an increasing concern is avoiding busy hands playing with the tool of the devil, and one strip even features the capture of Adolf Hitler. The introductory scene-setting panels are gems – “The month is June and in Canada that can mean but one thing… Spring is just round the corner” – and it’s the strip that best stands the test of time for existing in its own surreal world.

Far fewer ‘Uncle Kunta’ strips are featured, and that’s possibly for the best. They’re based on the Uncle Remus tales, these days no longer seen as charming children’s stories illustrating a moral, but the literary equivalent of blackface theatrics. As funny as Taylor’s parodies are, many will view them in the same way. The visual nods in a strip about Robinson Crusoe indicate Taylor’s fondness for Will Elder’s art before that’s revealed in an afterword, and his art shares Elder’s talent for presenting the comfortingly familiar while thoroughly subverting it. Taylor’s strips are less exaggerated, but also convince with their detail.

As consulting Taylor’s Wikipedia entry demonstrates, comics are a very small section of his portfolio, yet they’re accomplished and very, very funny. His will be a new name to many comic fans, but one worth investigating.