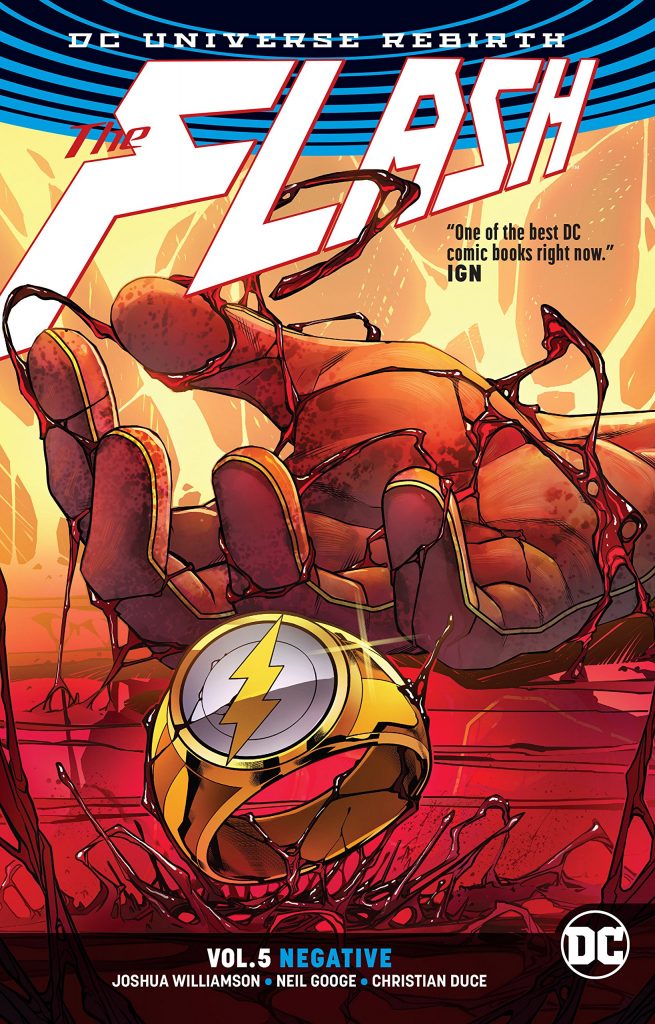 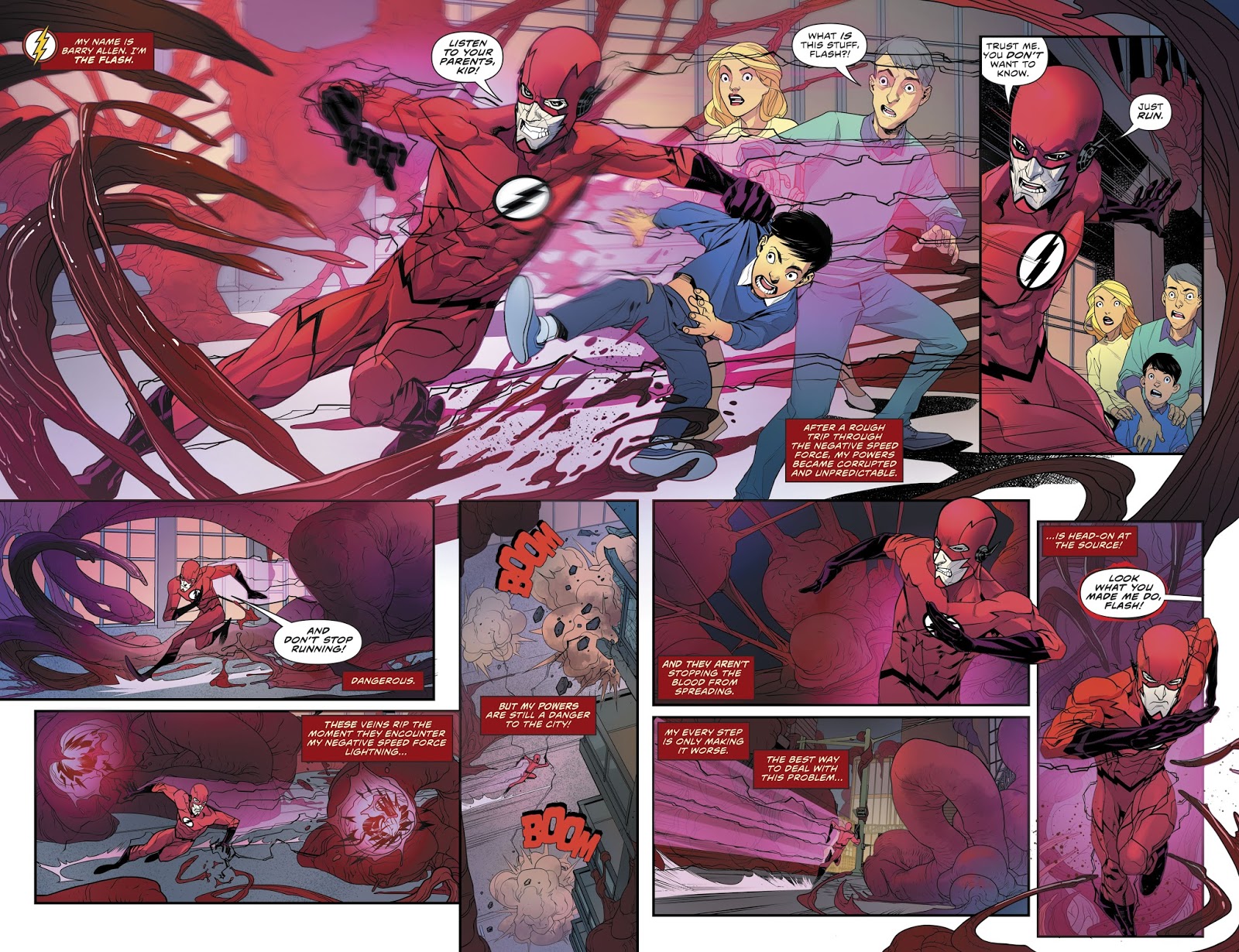 Flash’s encounter with Reverse Flash in Running Scared left him changed after absorbing his enemy’s negative speed force. He’s still superfast and has the powers that come along with that, but hasn’t come to terms with exactly what else he can do. We see very quickly that using his powers now has a destructive effect, and as drawn by Carmine Di Giandomenico in the opening chapter, he now looks different also and using speed leaves him exhausted. The new look and it’s surrounding aura make the colouring supplied by Hi-Fi of even greater importance.

It turns out that absorbing the negative force has other consequences, one of which affects Barry Allen’s civilian career as police investigator. Throughout his career his lateness has been a running joke, but now he can’t always use his speed to get somewhere, or at least not without drawbacks, and it means he’s now genuinely late and has to experience life like other Central City citizens. In his day job the concern is that someone has been stealing materials from the police evidence lab. In the course of this Williamson’s strong on personality definition, part of which is Barry adjusting to what he’s absorbed.

As in previous collections there’s no artistic consistency with artists changing midway through a chapter and the wildly contrasting styles of Di Giandomenico and Neil Googe (sample art) prominent. They’re both good, but their styles clash, Googe more naturalistic and Di Giandomenico more expressive, but why can’t the editors employ artists who keep the look consistent?

Flash lacking complete control over his abilities completely messes with who he’s always been (give or take an occasional story), and so it’s interesting. Williamson extending negativity to his personality is part and parcel of that, and even more disturbing, as Barry has always been likeable composed and rational (again, give or take an occasional story). The shift in circumstances over Negative almost reflects the shift in artists, and once again Barry is in a very different place to end a collection. His woes continue in Cold Day in Hell. , or alternatively that volume is combined with this in hardcover as the third and final Flash: Rebirth Deluxe Edition. 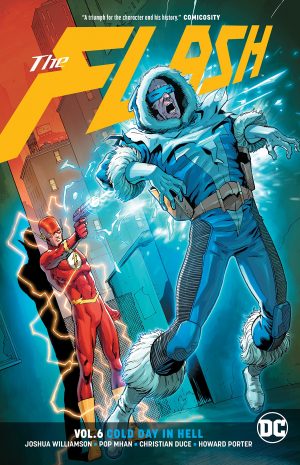 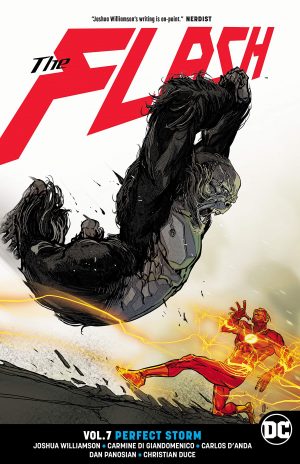 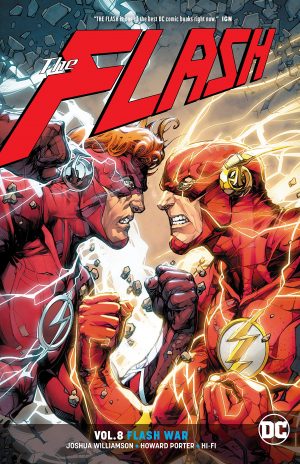 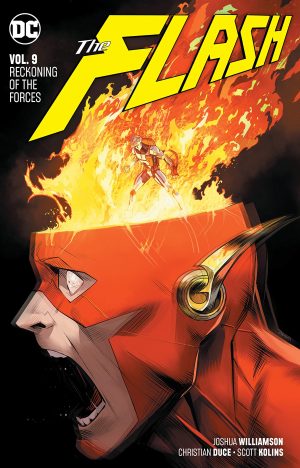