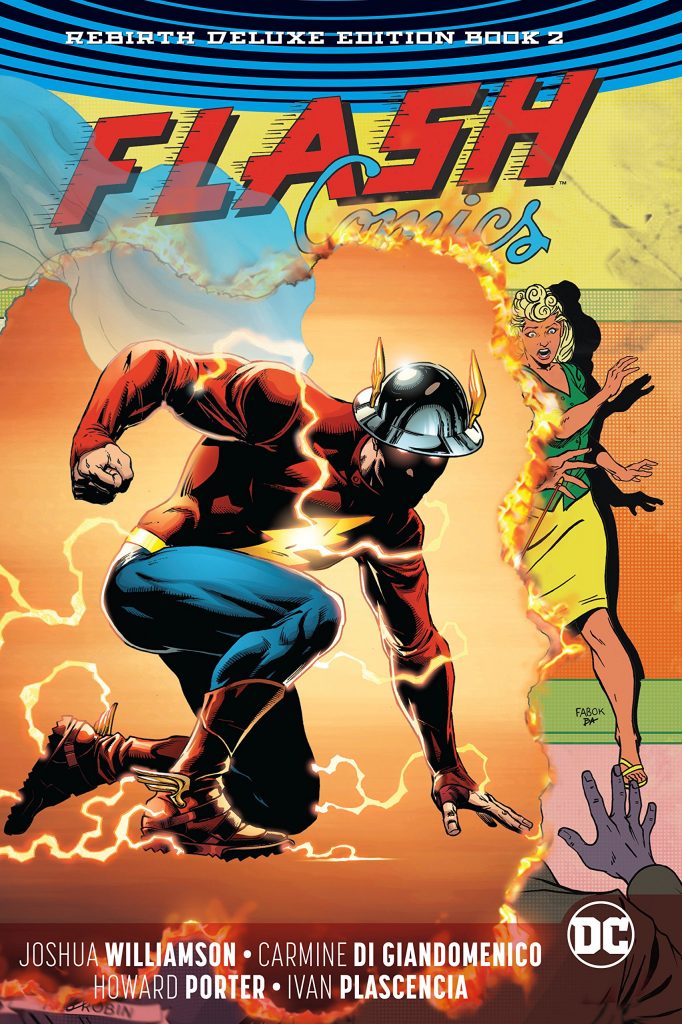 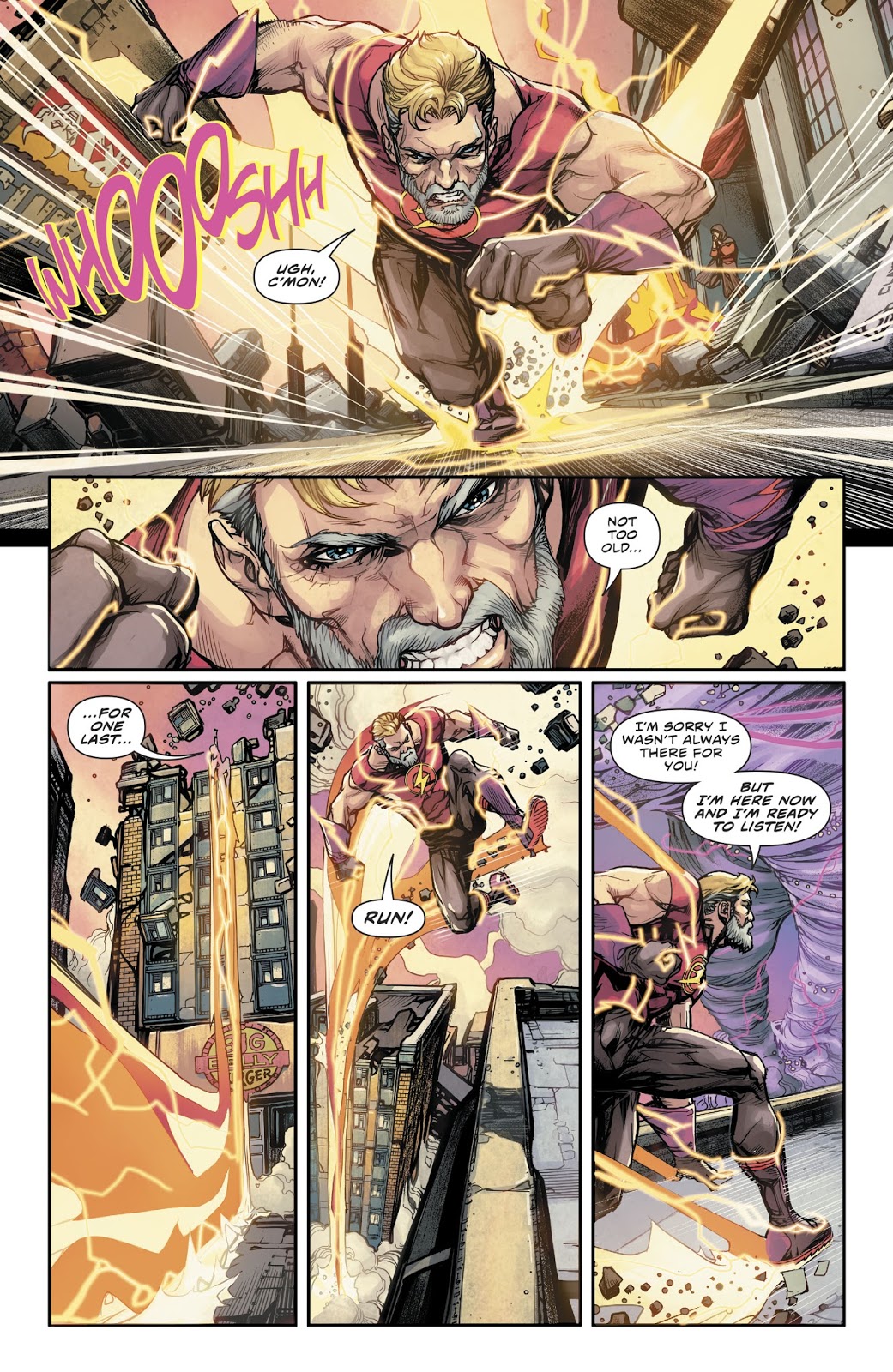 At his best the Flash is an engaging, light superhero feature, and as is the case for most superheroes, much of his definition is dependent on the villains he faces. Those created by John Broome and Carmine Infantino over a ten year period from the mid-1950s have served him well. Each of the villains has a gimmick, they’ve been established to have a brotherhood, collectively referring to themselves as the Rogues, and are very protective when it comes to Central City. Joshua Williamson has been toying with the idea about where they might be after teaming with Flash to save the city, and his opening story deals with that. He produces a clever introduction, reinforcing that despite their collective name perhaps suggesting more genial villains, these are nasty people, unconcerned about who gets in their way. A benchmark for the quality of a Flash writer is their handling of Mirror Master, who’s a tricky villain to write effectively as his use of mirrors can be too gimmicky. Williamson, though, hits the right note, providing something new, effective and believable. The only shame of a good opening encounter is that some Rogues are just there to make up the numbers.

As Captain Boomerang is now serving out extensive prison time with the Suicide Squad he’s no longer with the Rogues, and Williamson uses him before returning another classic enemy, the Reverse Flash, 25th century speedster. In this case, although a great threat and generating super speed action, the Reverse Flash is a means to an end, the characters creating the plot through him. He forces an issue that’s been dangling for a while, there’s an emotional pull, and a shocking final few pages. After a shaky start on Williamson’s part, this is the type of solid thrills Flash readers have come to enjoy under previous good writers.

There is, though, a problem, and it’s the same one as Book 1, only more intrusive, with artist after artist drawing a chapter at a time, not very many having styles compatible with primary artists Carmine Di Giandomenico and Howard Porter (sample art). Some of the fill-in artists are cartoon-led, some focus on realism, others are steps in between, and this isn’t just a case of different artists on different chapters, as there are a couple of chapters using three artists. With David Gianfelice upping his game, there is no poor art, and in some places attempts are made to match styles, but efficient scheduling would have provided a smoothness. If that doesn’t matter, you’ll have a more enjoyable read.

Flash is in a very different place as Book 3’s content begins, as actions have consequences. If preferred, these stories can be read as Rogues Reloaded and Running Scared.