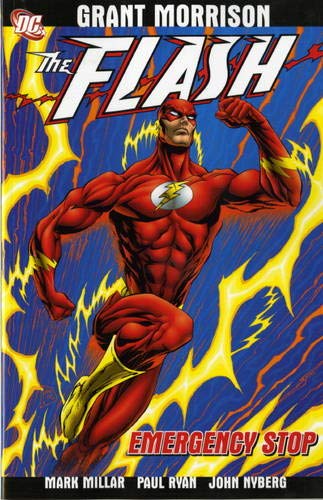 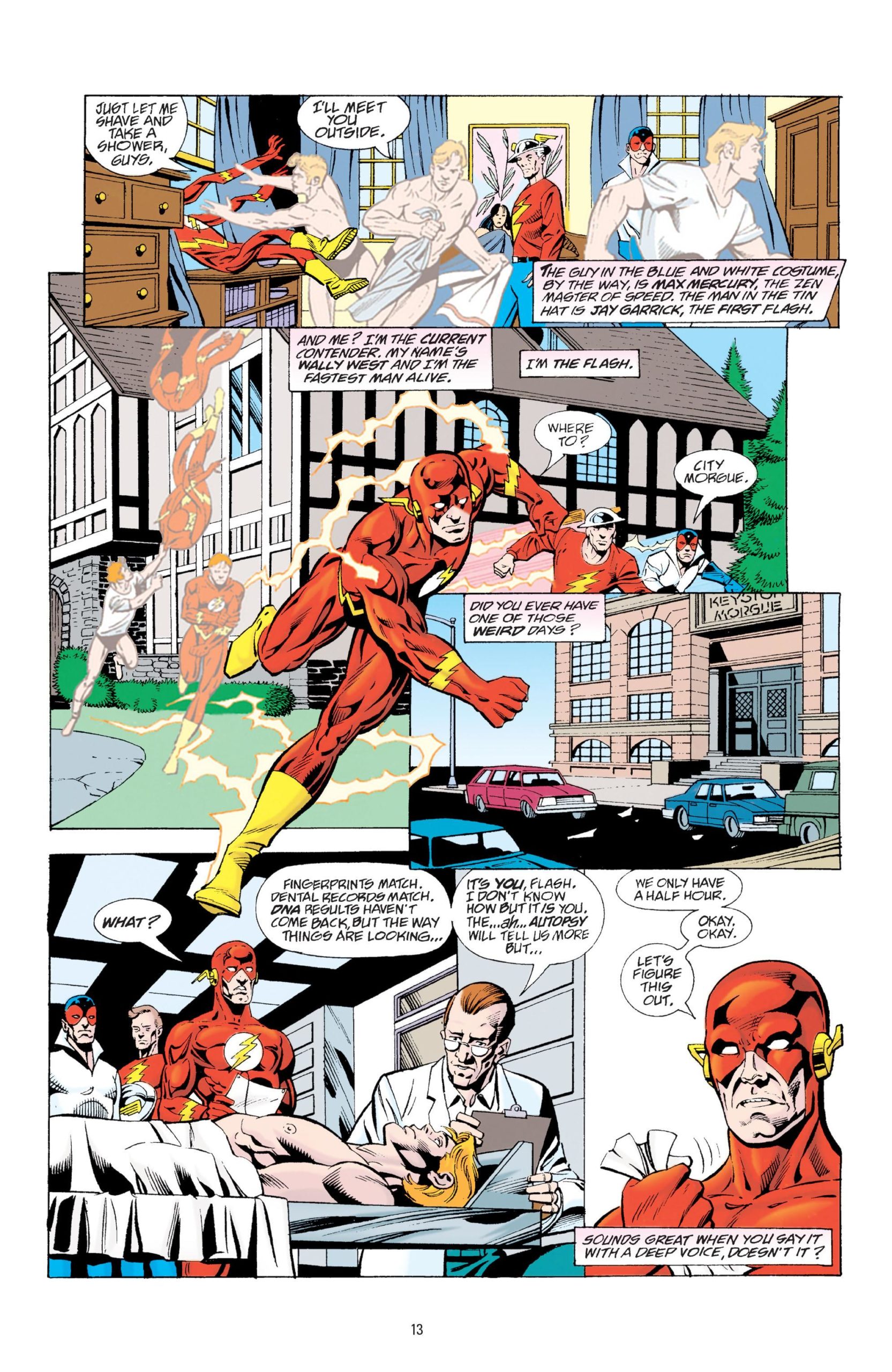 Mark Waid and Geoff Johns are the most celebrated writers of the Wally West Flash iteration, but when Waid wanted a year off, the team of Grant Morrison and Mark Millar stepped in. Morrison was already well established with several series under his belt, while Millar was then the young tyro whose solo work showed promise without ever suggesting the commercial juggernaut he’d become.

They start with a homage to the Flash stories of the early 1970s, those Morrison grew up with, where Flash is set an impossible challenge in a story split into three titled chapters. It’s a clever pastiche, the problem being Flash having an hour to solve his own murder, while we’re also shown the villain of the piece, a costume with a life of its own. As with the stories it acknowledges, there are small throwaways that impress, the daft methods used by a fashion based villain for one, of such limited intelligence he can’t see the true potential of his abilities. That first chapter is the lead-in to another problem for the Flash: of what use is his power with two broken legs? “The doctors think your super speed metabolism could have you healed and walking again within a week or two”, is like a life sentence for the fastest man alive.

An interesting visual effect is needed for the closing chapter, and it’s really the only place where artist Paul Ryan shines, although even that’s in combination with the colour. Not that there’s anything wrong with the art, just that nothing stands out. Near the end there’s a jailbreak, a lot of super powered criminals freed, and as drawn by Ryan they’re a completely generic bunch.

Having two Scottish writers means when the Mirror Master turns up his dialogue for once transcends the ham-fisted “hoots, mon” efforts of the past. The editor obviously had no idea what Morrison and Millar were having Mirror Master say in places, although they can’t resist a really feeble final panel. This is another homage, the writers looking further back to John Broome’s 1960s Flash stories, featuring a gimmick straddling the line separating smart from preposterous.

Wally West isn’t the only speedster featured. Max Mercury and Impulse have roles, and the oldest Flash, Jay Garrick, has a solo outing, which proves the collection highlight. It’s a touching tale of a dying 1940s villain, the Thinker, and a desperate search for the helmet he once used that might prevent his death. It incorporates several other heroes and the last few pages are incredibly satisfyingly played out.

The final chapter appears somewhat orphaned without the Green Arrow and Green Lantern stories forming the first two parts of a three part story, although this conclusion is by some distance the best of them. Is there a Green Lantern collection somewhere missing first and last parts? All three are included in The Flash by Grant Morrison and Mark Millar. It also includes some extra material along with content of Emergency Stop and The Human Race, which completes their run. 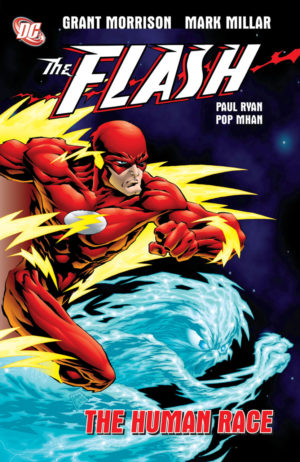