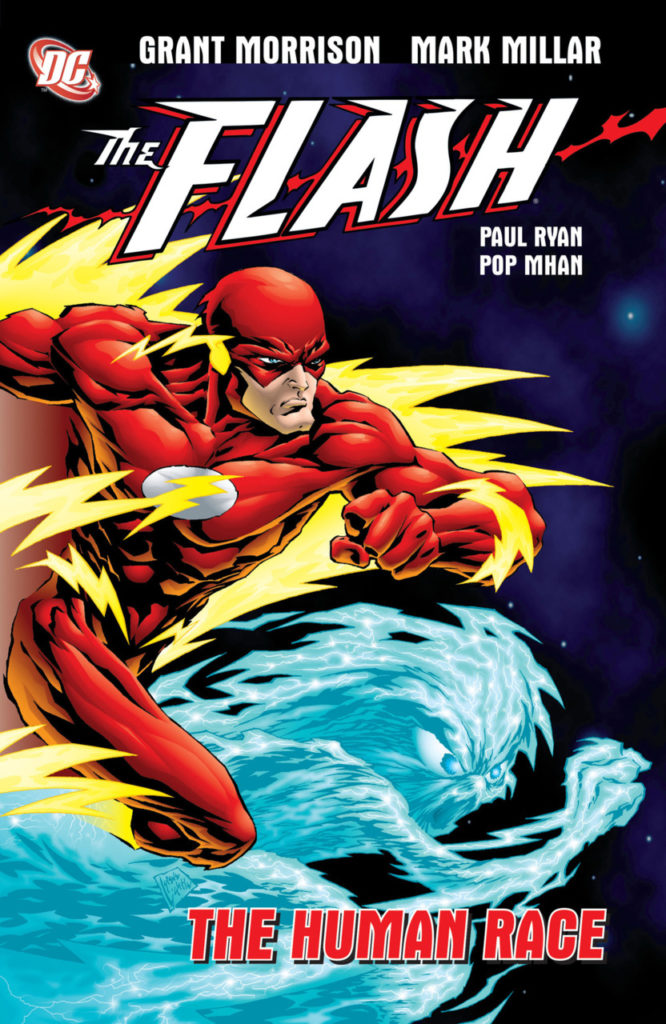 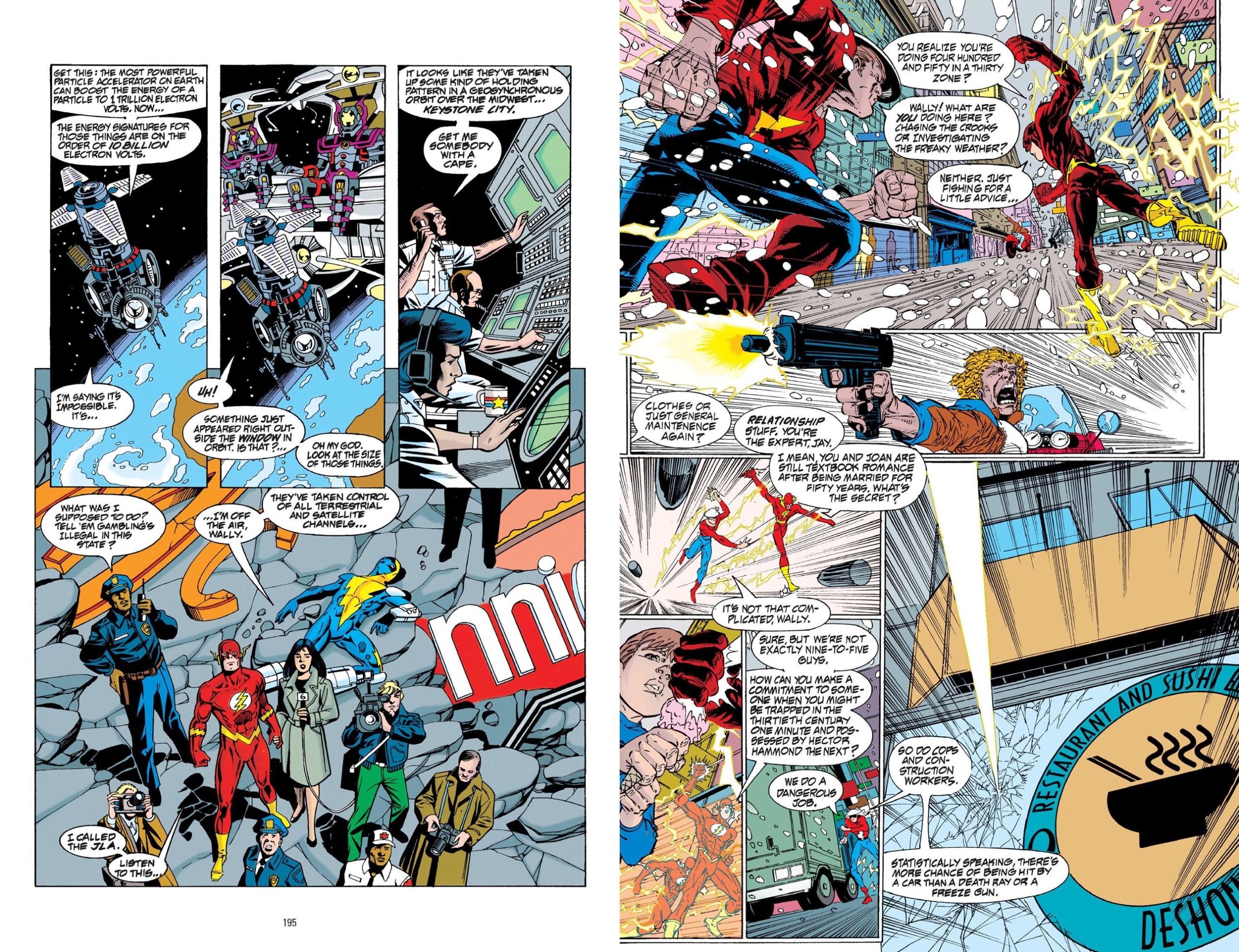 The title story is a terrifying proposition. A pair of alien gamblers with immense power arrive above Earth and announce there is to be a race for which humanity must choose a champion. If the race is lost there is to be a forfeit, and everyone Earth sees the home planet of the previous contestant obliterated with a thought. It’s the sort of intriguing concept that turned up in 1960s Flash comics, but provided with a greater consideration of the consequences as the narrative switches back and forth between Flash and concerned folk back on Earth. There’s even a heart-tugging element to the being Flash must race against. Millar and Morrison keep cranking up the tension via Wally West’s admission there’s no way he can win the race, and it has that Morrison form of conceptual density, with incredible ideas thrown in, yet only needed for the single panel.

Morrison and Miller feed Paul Ryan visual hints, and it results in art that drags him away from the generic 1990s superhero pages seen in Emergency Stop. The title story visually references Jack Kirby, and Sonic the Hedgehog, or as near as the threat of lawyer’s letters would allow, and the locations also ensure Ryan needs to stretch his imagination, so this art looks better. Not as good as Pop Mhan’s pages over the second story, though. Mhan has some problems keeping his deliberately distorted style consistent, but his are far more interesting to look at than Ryan’s pages as he consistently challenges conceptions of how the world passes at super speed.

Millar writes ‘The Black Flash’ solo, and his character moments are feeding into what will follow when Mark Waid again takes control (see The Flash by Mark Waid Book Seven) as Wally knows he loves Linda Park, but is concerned about how his superhero life will impact. “How can you make a commitment to someone when you may be trapped in the 30th century one minute and possessed by Hector Hammond the next?” he asks Jay Garrick, to be given a series of comforting platitudes in repsonse. The tension is generated by the imminent death of the Flash, which echoes the opening story from Emergency Stop. It’s accompanied by a transparent manipulative sentimentality, a lack of subtlety and a villain that’s not at all logical, but it’s also a glimpse into the future as there’s enough tension and distraction that it’s still an interesting superhero story.

These stories are now better read with supplemental content as The Flash by Grant Morrison and Mark Millar.