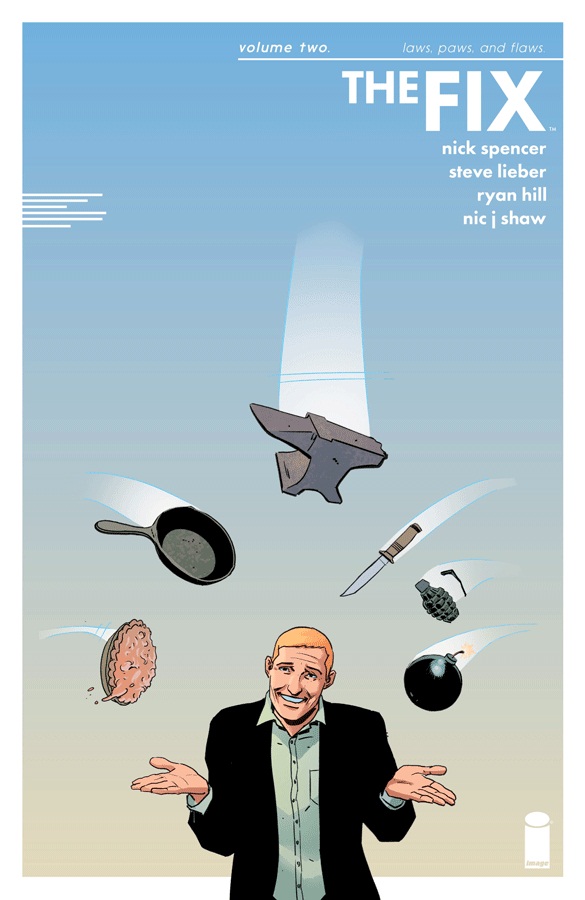 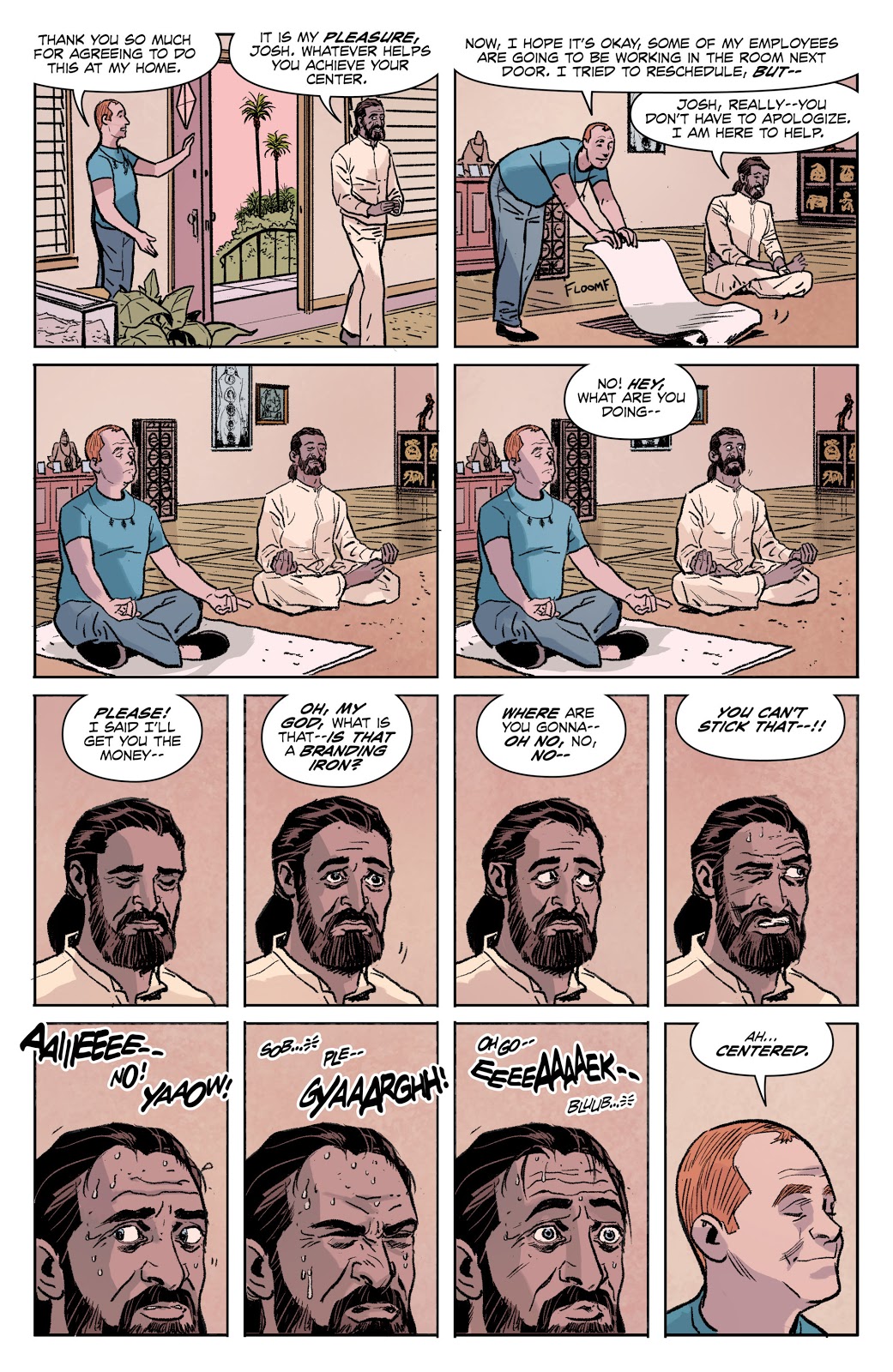 If you like The Fix and have never seen it, check out a movie called The Aristocrats. You’ll love it. It was released with a tagline that ran “No nudity. No violence. Unspeakable obscenity”. The Fix can’t live up to that on account of the violence and occasional nudity, but the unspeakable obscenity? The Fix has that covered. Nick Spencer goes that extra mile to be certain that even the most cynically broad-minded reader is going to feel that twinge of uncertainty about some joke along the way, be it a wide assortment of masturbation jokes, including, but not limited to, the LA’s mayor’s activities at the podium, abuse of meth heads, disposal of corpses and plenty more. So, apart from the joke/s that offend you, the rest is hilarious.

Where we stand is that as of Where Beagles Dare, crooked cops Roy and Mac owe a dangerous man a lot of money, but they can postpone an inevitable grisly death for defaulting on the repayment by positioning themselves to do some extra favours. So, while Roy continues to involve himself in assorted scams to gather the money owed, Mac finds himself partnered with a drug sniffing dog at LAX. And from that we have comedy gold.

For years Steve Lieber has proved himself a whiz on more real world based series, providing authentic locations and a realistically proportioned cast, but until he teamed with Spencer, who knew he had such a talent for sitcom? He moves the characters through their paces, but very rarely exaggerating them beyond our believing they operate in a recognisable world. As shown by the sample art, an ability with expressions contribute a lot to this.

What the plot plays with is that no matter how stupid they are, no matter how they screw up, there’s someone up there watching over Roy and Mac, who lead charmed lives, although admittedly, that’s not the way they’d see it. The Fix won’t touch your heart, and it won’t solve your relationship problems, but you’ll laugh your obscenities off. Deal of Fortune is next.