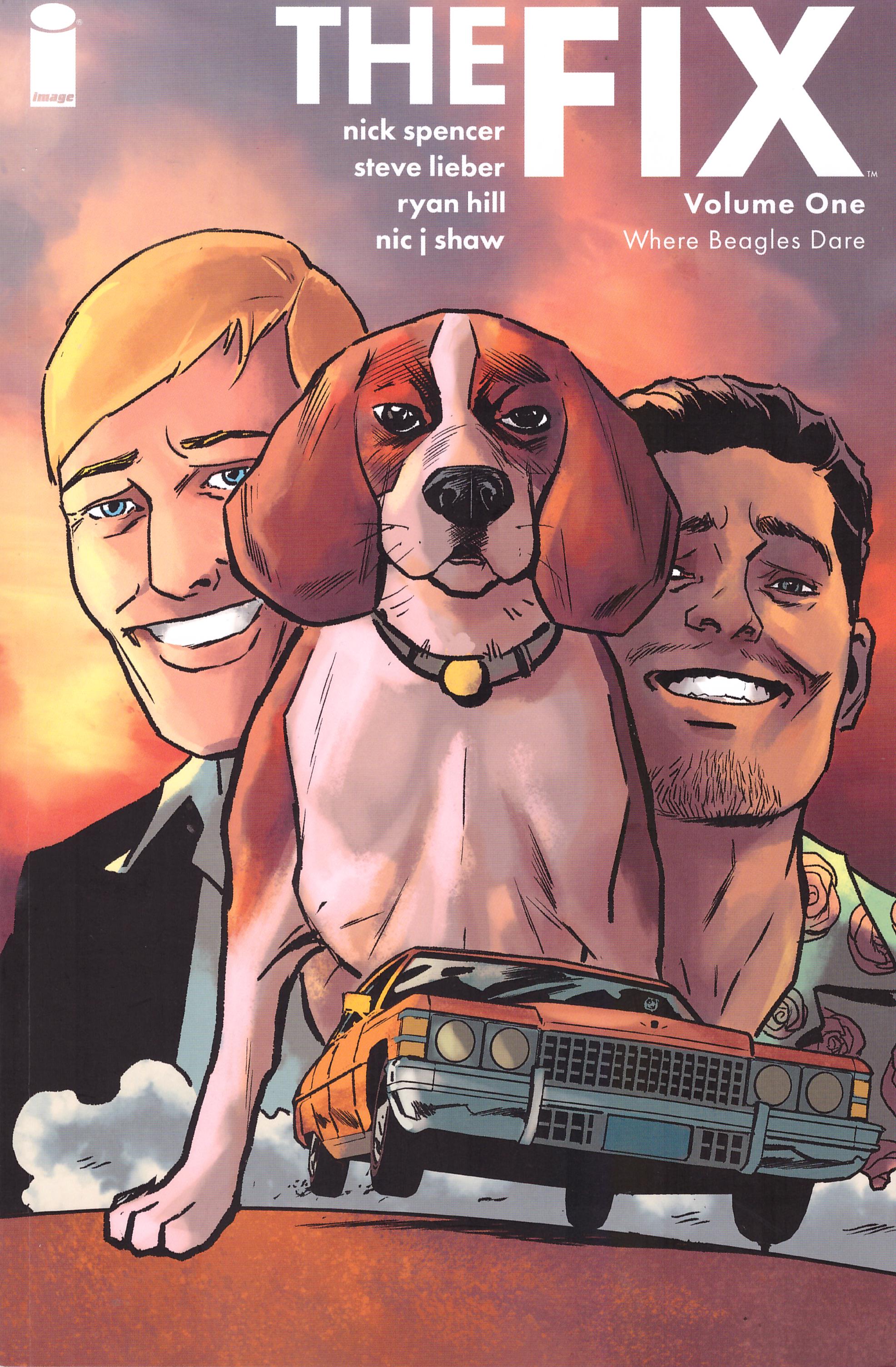 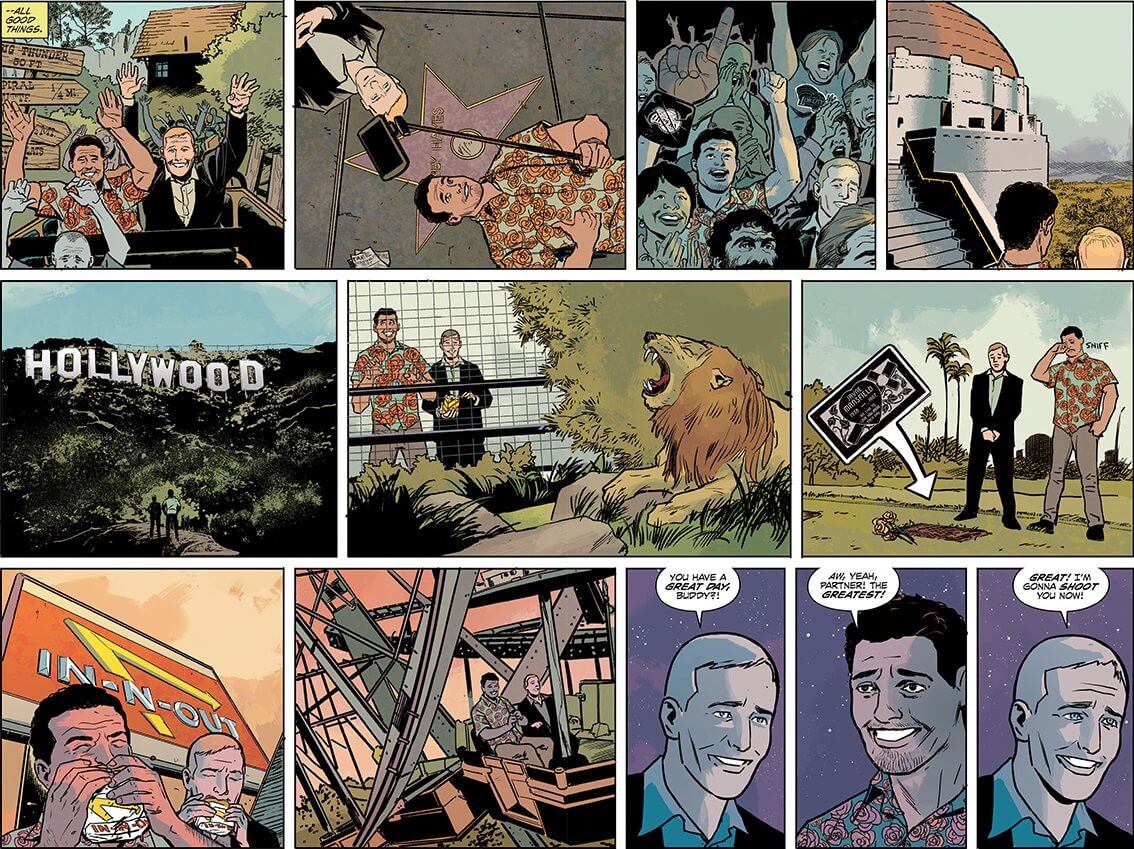 Once they tried it, people liked The Fix, and they told other people loud and clear that they liked The Fix, with the result that at the last count the first of the four comics reprinted here had gone through four printings. When even the fourth issue hits a second print there’s something going on. And what’s going on is an excellently crafted sitcom with a sordid cast and almost a laugh a panel.

The opening pages introduce us to Roy and Mac. It’s Roy’s narrative captions that take us through how difficult it is to earn any kind of living through the simple crime of robbery these days, as the pair try to solve their problems by holding up an old people’s home. About ten pages in Nick Spencer drops one perfectly plotted bombshell. It’s a masterclass in misdirection, and deserves to be kept from anyone who’s not read The Fix, no matter how tricky it makes the remainder of the review.

Roy and Mac are a classic mismatched couple of the over-confident idiot and his actually smarter mate who goes along with everything because he lacks his buddy’s confidence. They’re just two of a broad range of memorable characters, the best being a gangster who’s a brilliant study in contrasts. He’s concerned about the environment, campaigns against mandatory vaccinations and makes his own yogurt. He’s less concerned about throttling someone with their own banjo strings, running a drugs operation or setting his pit bulls loose on landscape gardeners.

Spencer introduces all but one of his characters with similar bizarre traits, some more obviously sourced than others, although not to litigious levels. As the setting is Los Angeles, a major source of comedy is the desperation of all concerned to become part of the film business, and this includes Roy and Mac. They have dealings with a fractured young actress and a prospective producer who’s sleazy beyond the ability of words to describe. That’s where Steve Lieber comes in. He’s great defining a character via their expressions, and as the sample page shows, he also makes the most of the location.

The creators previously collaborated to good effect on Superior Foes of Spider-Man of all things, and anyone who read that needs no telling about their capacity to weave comedy magic. Everyone else who likes a good laugh should pick this up at once.

Oh, the dog. Almost forgot the dog. And there he is right up front on the cover as well. Ahhh, just get the book. The series continues with Laws, Paws and Flaws. 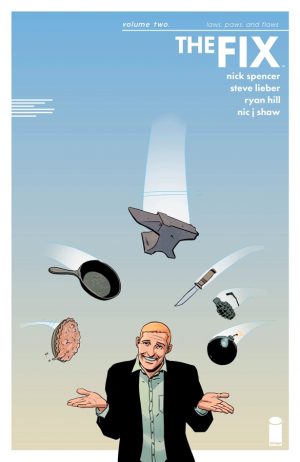 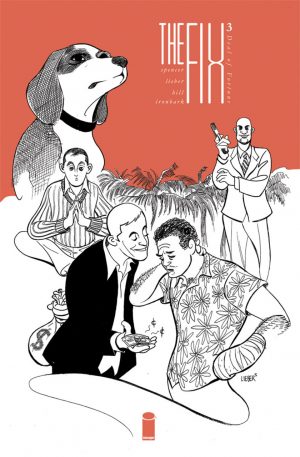 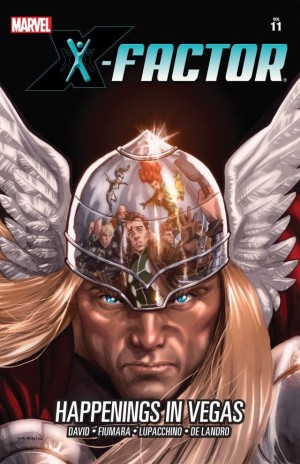