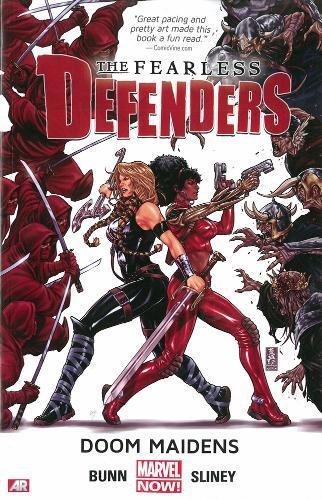 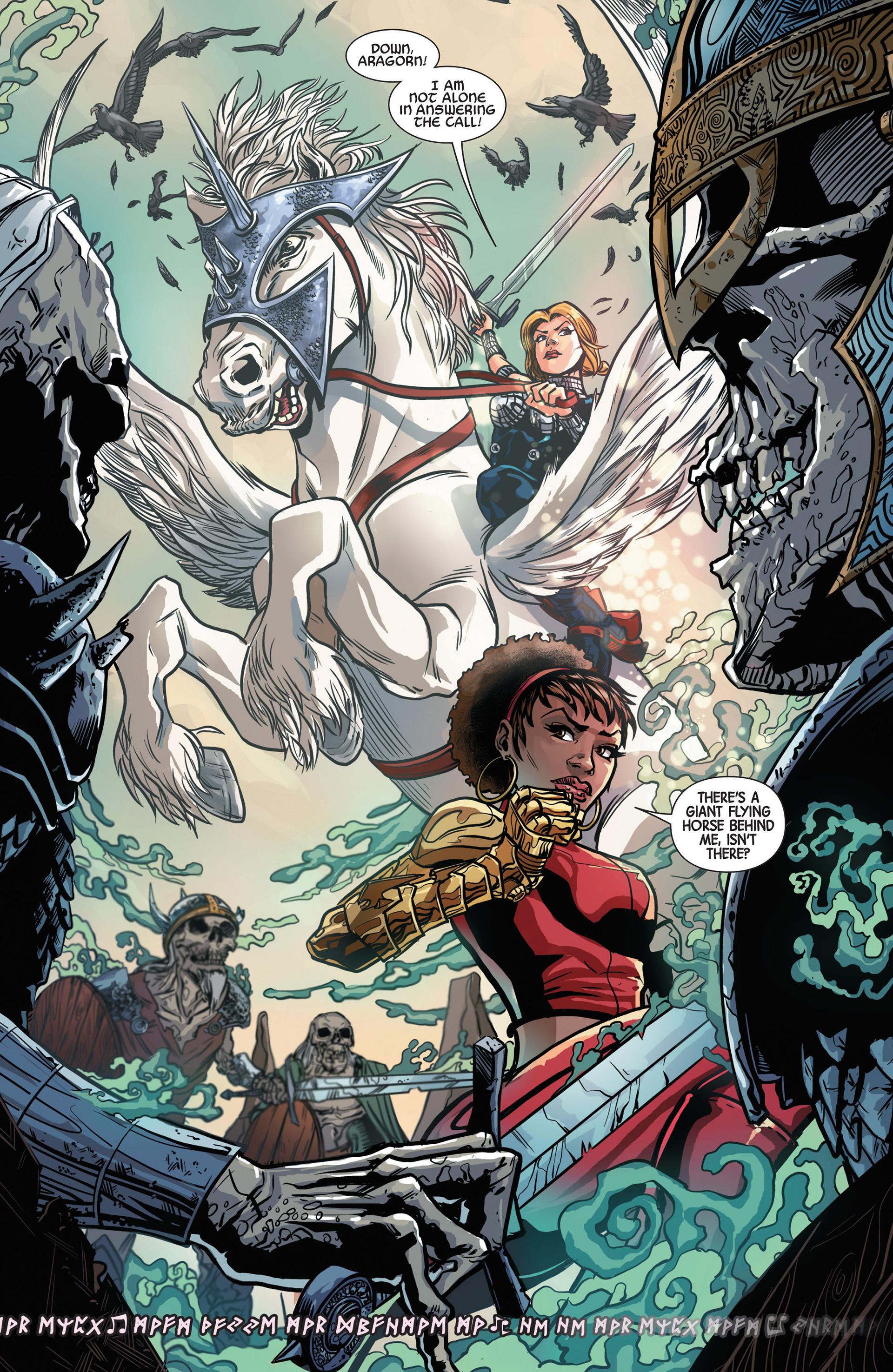 The previous incarnation of The Defenders by Matt Fraction barely had time to die a dignified death before the launch of The Fearless Defenders. Cullen Bunn’s editorial brief appears to have been  to trade on the Defenders name to attract what few fans that had, while producing content almost entirely unconnected with any previous incarnation beyond featuring Valkyrie. A further tenuous connection that becomes more apparent as the series continues is that she’s the lynchpin gathering assorted warriors who only combine for a single task, which was the original way the Defenders operated.

Misty Knight, hero for hire, is working for a museum curator on mission that almost becomes fatal. The object she returns with activates skeletal remains at an archaeological dig who pose a danger of their own, at which point Valkyrie arrives. Turns out she alone can’t complete the task she’s taken upon herself, and nor was she ever meant to. She was supposed to have selected suitable female warriors to act as Shieldmaidens.

Artist Will Sliney lays out his pages well using interesting viewpoints, doesn’t stint on detail and his Asgardian scenes from the past are suitably epic. He also takes considerable liberties with the ways he distorts the human body, and this feeds into a general sleaziness in which the pretty well all-woman cast is sexualised through an opening chapter also featuring gratuitous lesbian attraction from a character who’s otherwise almost pointless until the conclusion. It’s a real case of having your cake and eating it. Marvel can promote an all-women super team, while the reality is that the two prominent creators are men, and it’s a prime example of presenting women as objects.

Even glossing over that objection to The Fearless Defenders, there are occasions when Bunn can’t be bothered working out the logic for his plot, relying instead on events happening because they’re prophesied. At one point a dozen other female superheroes turn up, largely wasted in context, trading a few quips and acting as if used in a role-playing game. It could all be dismissed as genre trash were there not also redeeming features indicating potential had the road more idle not so often been taken. Valkyrie is well characterised throughout, her mix of arrogance and regret intriguing, and Bunn’s ending is likely to wrong-foot those who like to predict a plot.

Perhaps The Most Fabulous Fighting Team of All will be better. 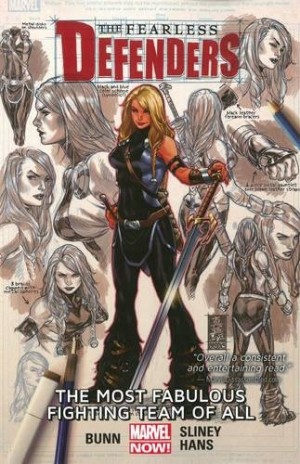