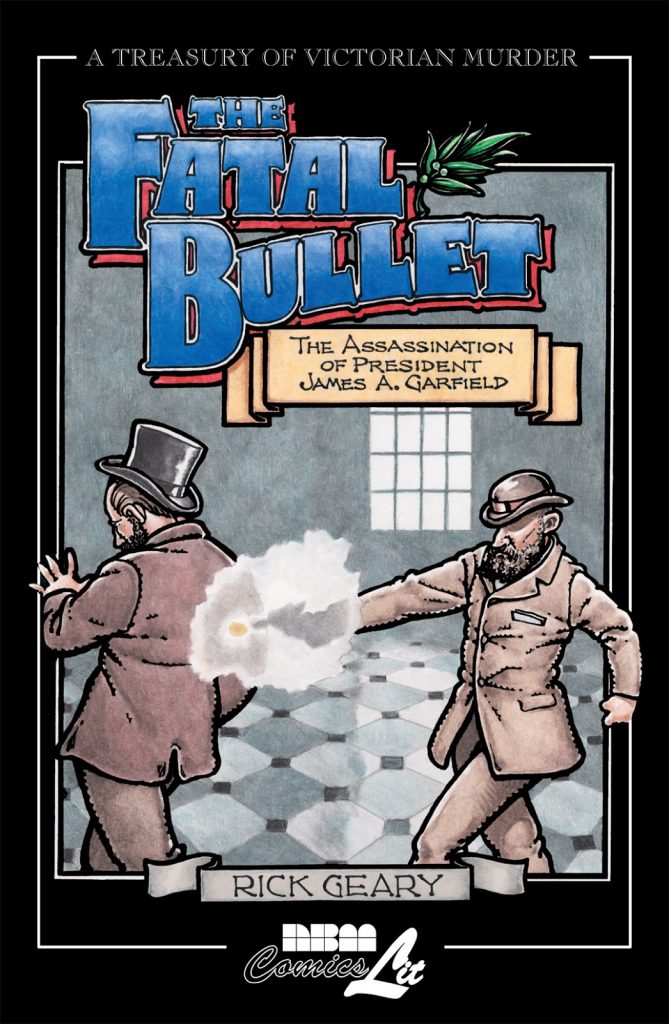 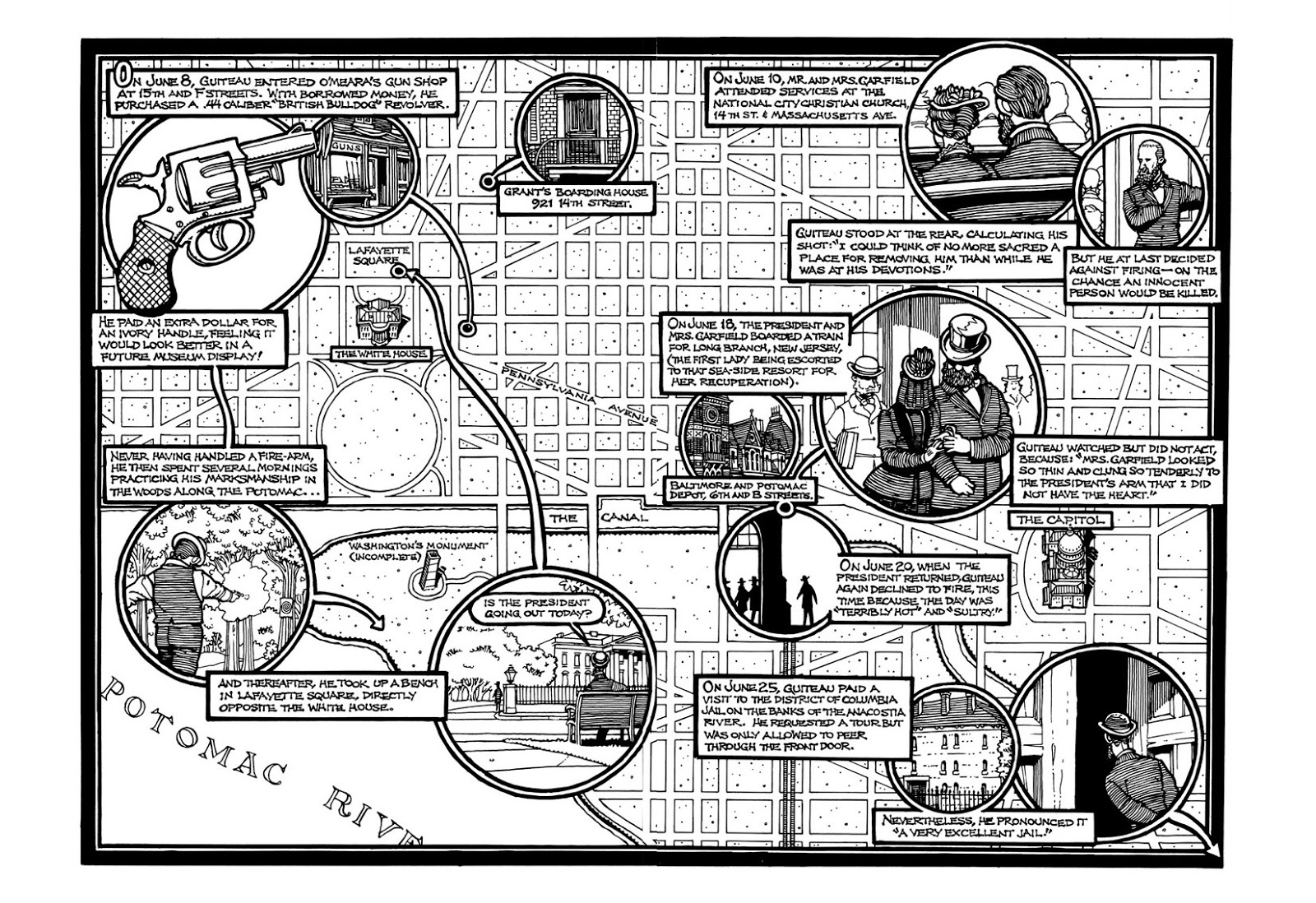 It was ninety years after American independence that the first President was assassinated, yet it took only another sixteen years before it occurred again. Rick Geary covers the 1865 murder of Abraham Lincoln in a later Treasury of Victorian Murder book, but the case of James A. Garfield is now far more obscure despite Garfield being a popular figure during his life. As with all other books in the series, Geary investigates the circumstances of the killing from all angles, sticking to known evidence, and providing simple figurative illustrations to accompany his detailed reportage.

Geary begins with Garfield lying in state, before detailing his funereal tour by rail from Washington to his home city of Cleveland. He then supplies simultaneous biographies of Garfield and his killer Charles J. Guiteau, contrasting the honour and achievements of one while supplying the succession of disgraces and disappointments as Guiteau stumbles through his life keeping a single step ahead of his creditors. As is frequently the case in politics, Garfield proved the candidate behind whom all factions of the Republican party could unite rather than a man who desired high office, and he won the 1880 election by an extremely narrow margin. By this time Guiteau was a delusional man who genuinely believed himself suited to a diplomatic post representing his country in Europe. His persistence led to his being banned from a then far more accessible White House.

The tragedy itself is plotted out over a month of Guiteau’s activities cleverly overlaid on a map of Washington’s streets, a motif Geary uses several times. Garfield’s death was tragically prolonged, and Geary avoids noting modern day speculation that it’s likely he would have survived had he been shot fifty years later.

A level of quality and diligence applied by Geary across all his Victorian murder investigation chronicles assures a consistency to a fascinating series. Garfield may not be well remembered today, and Guiteau is the most obscure of presidential assassins, but Geary brings their stories to life for a new generation.

This was subsequently collected with Geary’s investigations into Jack the Ripper and the Beast of Chicago as The Treasury of Victorian Murder Compendium.