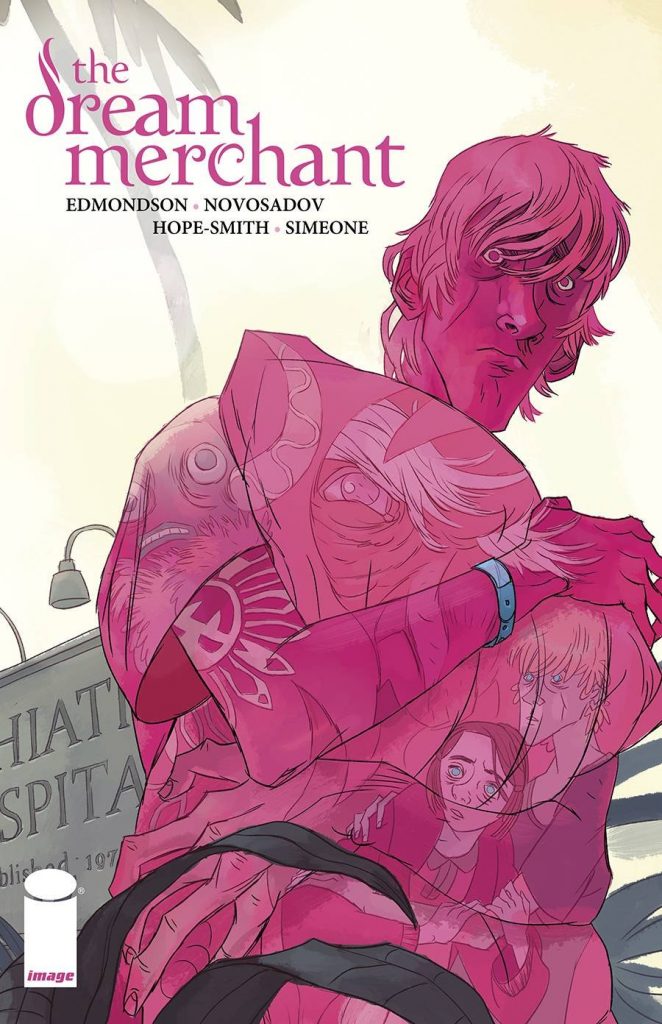 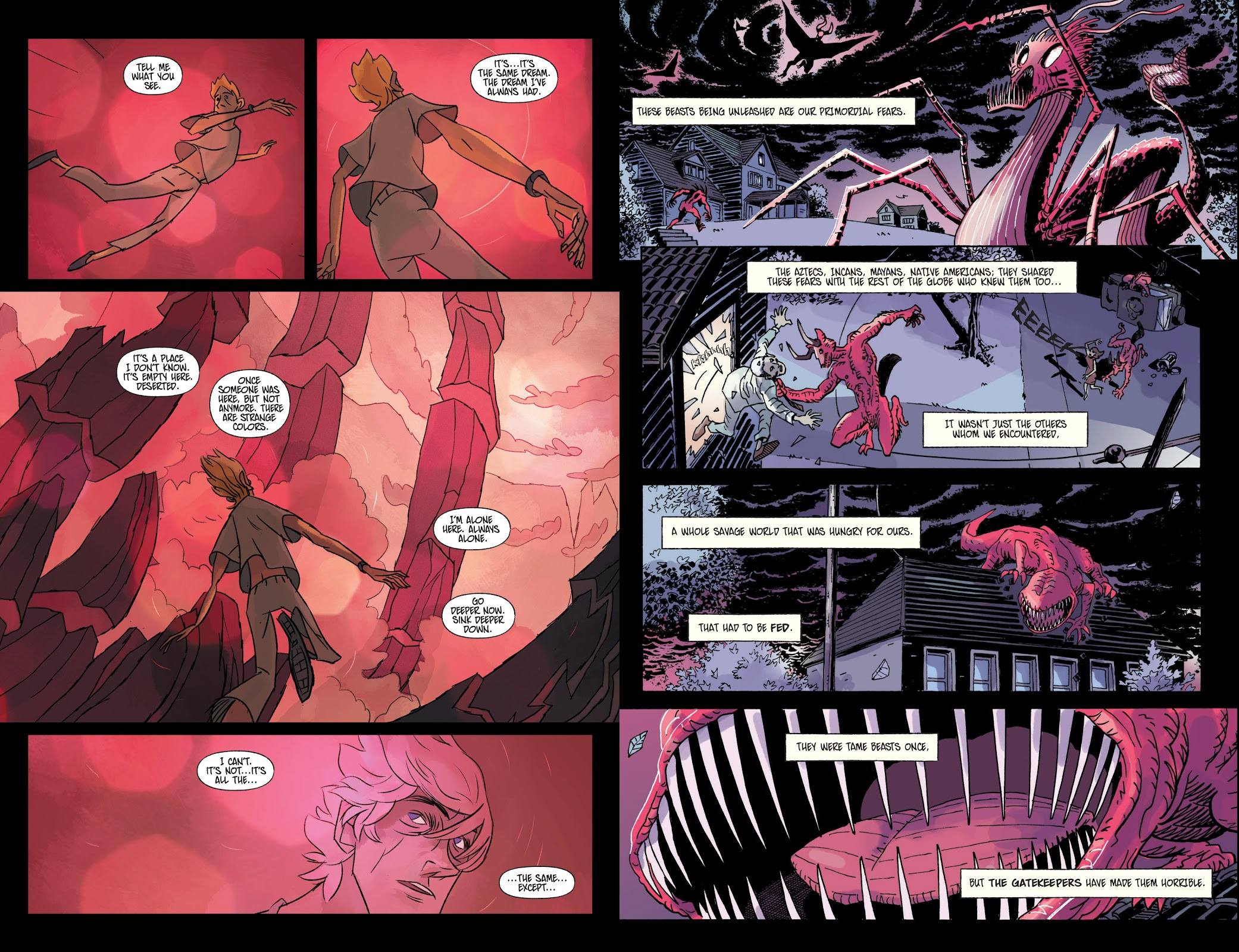 Winslow has been having the same dream of being in an alien place since childhood, and eventually reaches the stage where he has difficulty detaching the dream from reality, a condition that sees him confined to a psychiatric facility. When hypnotised, though, he has a new experience, being seen by powerful beings within the dream who then manifest threateningly in the real world.

Nathan Edmondson’s spooky thriller crosses boundaries with fantasy and science fiction, but is deliberately kept distanced from any possible comparisons with comics’ premier dream merchant Sandman. For a start, Winslow has companions, and a guide who is more forthcoming than usual for those who know more than the protagonist. Among his explanations is that Winslow may be the last repository for information that everyone else on Earth has been forced to forget, dreams are a means of travelling great distances, and that Winslow is unique and has a purpose. The biggest departure, though, is that nightmares are a horror, and this is a horror story.

First artist Konstantin Novosadov separates the real world and the dream world via colour. Reality is reality, whether day or night, but the dream world across the universe is rendered in distinctive shades of pink. Novosadov’s cartooning also serves to reinforce an unreality, his human characters spiky and often with wide eyes, like reality, but not quite as we know it. Given he establishes the series, his loss over the final two chapters could have been fatal, but although Anthony Hope-Smith has a looser style, he’s more imaginative, with something of Steve Ditko about that. The creatures crawling over his pages truly are the stuff of proper nightmares, while Novosadov hints rather than reveals.

Winslow’s form of heroism is a familiar one in fiction, the novice repository of the truth and source of protection in a world that doesn’t understand what’s happening, nor his place in that. There are many variations on the theme, but Edmondson’s version isn’t entirely convincing. Winslow’s transformation into a slaughtering model of efficiency is almost a flick of the switch, and why his activation should set everything in motion is never explained. We’re left with a promising horror story with some nice moments, but not enough for a compelling read. 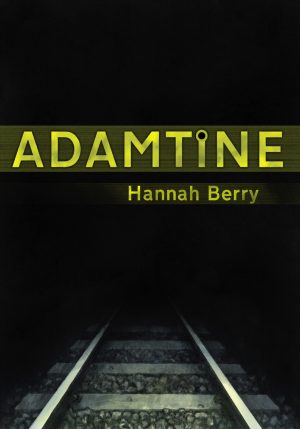 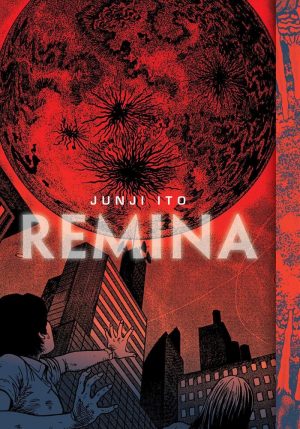