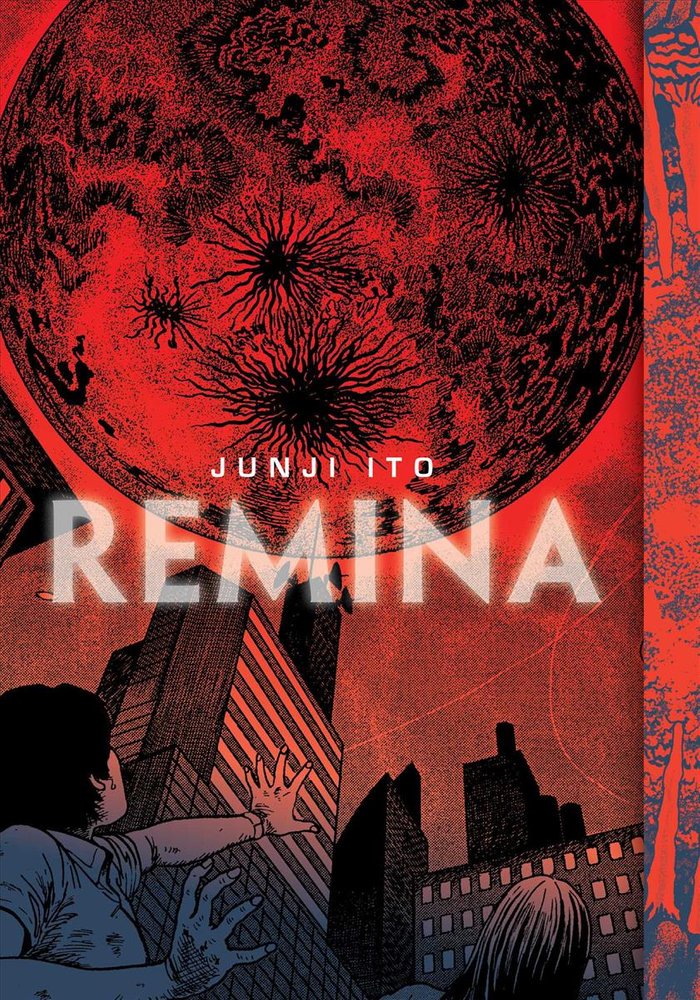 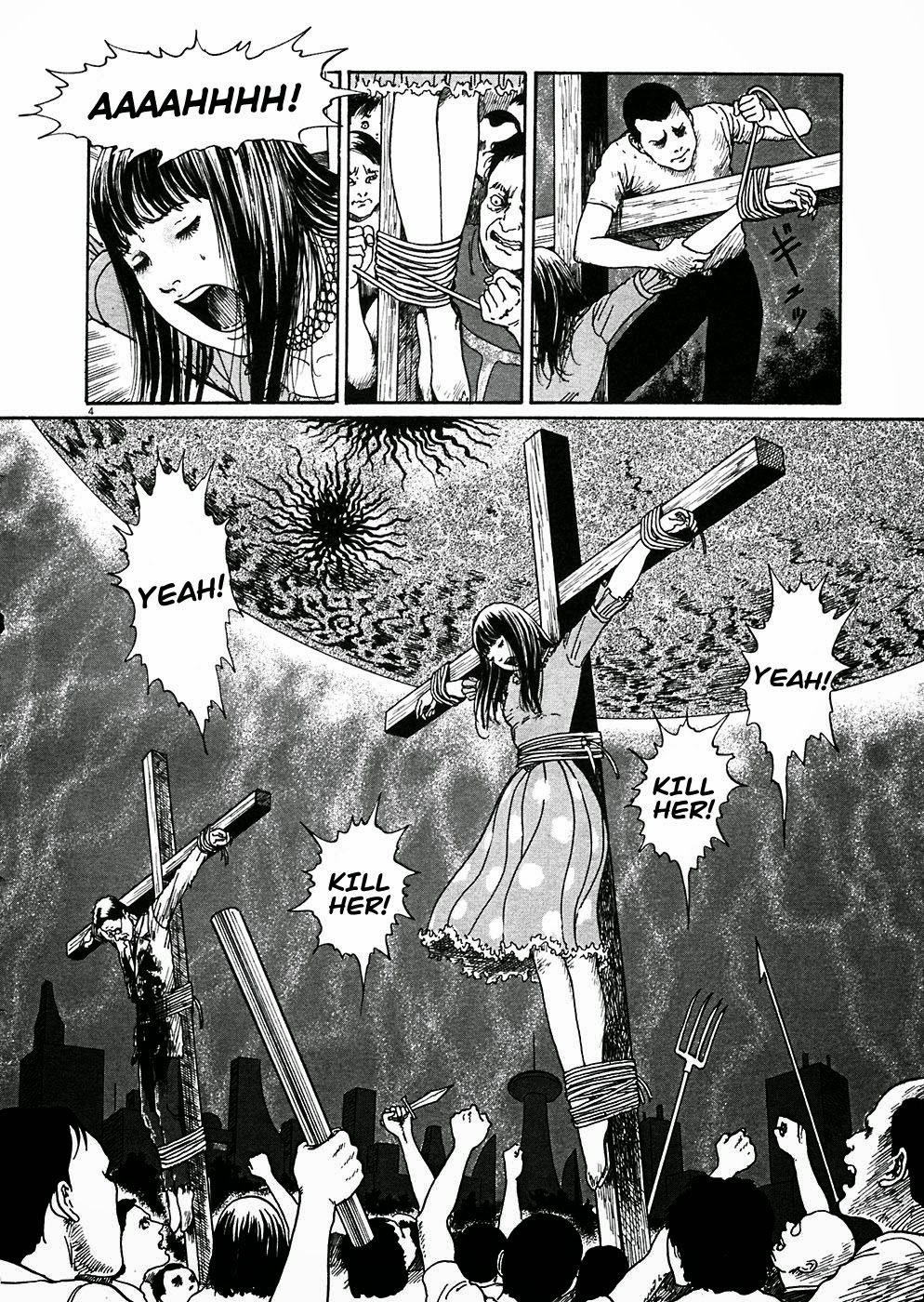 Remina is both the name of a newly discovered planet suspected to have emerged from another dimension, and of the sixteen year-old daughter of Professor Oguro, the astrophysicist who discovered it. Because Junji Ito is the master of horror he knows how to set a scene, so his story opens with a picture of her crucified in front of an armed mob demanding her death before he heads into a flashback. It takes a year for the excitement of Remina’s discovery to evaporate, as it’s discovered to be moving through the solar system at an impossible speed, destroying planets along the way. The worst of humanity conceives a bizarre theory that Remina and her father are somehow calling the planet to Earth, and killing them will see it on its way again leaving Earth unharmed. Just before the halfway point the flashback catches up with the opening pages.

This is a more obvious and familiar form of horror than Ito customarily serves up, less cerebral and straightforward in presenting a basic end of the world scenario. The complication is Remina herself, or more precisely those attracted to her. In the year between the planet being named after her and the truth being revealed, she’s somewhat reluctantly used her unexpected public profile to arrange a celebrity career. When the end of times comes, she’s in the company of her manager, the head of her fan club and the son of her major sponsor. Each considers themself to have exclusive rights as her protector. The attitudes would all be even more behind the times had Ito not established Remina as shy and withdrawn.

The longer Remina continues the less chance there seems to be that Ito will shift gears and supply the originality and horror we’re used to from him. The sample art shows there’s no let down artistically. Ito slathers the black ink over pages for a dark intensity, and produces disturbing visuals of Remina the planet and the distinctively garbed human villain more in keeping with his other work. However, page after page of the human Remina being chased and abused is repetitious, and artificially extended in places, such as a scene where Remina is handed over to the baying mob, yet escapes anyway.

Ito eventually supplies originality with some gruesome transformations, but it’s 200 pages into a 250 page story, and the scene revealing the identity of the human villain only underlines Remina as a project that’s lost its way. Because Ito’s work generally is of such a high standard, this is still a readable horror story, but with little originality beyond the concept. You’d be better off with a collection of his short stories. However, Remina did win an Eisner Award, so many people rate it considerably higher.